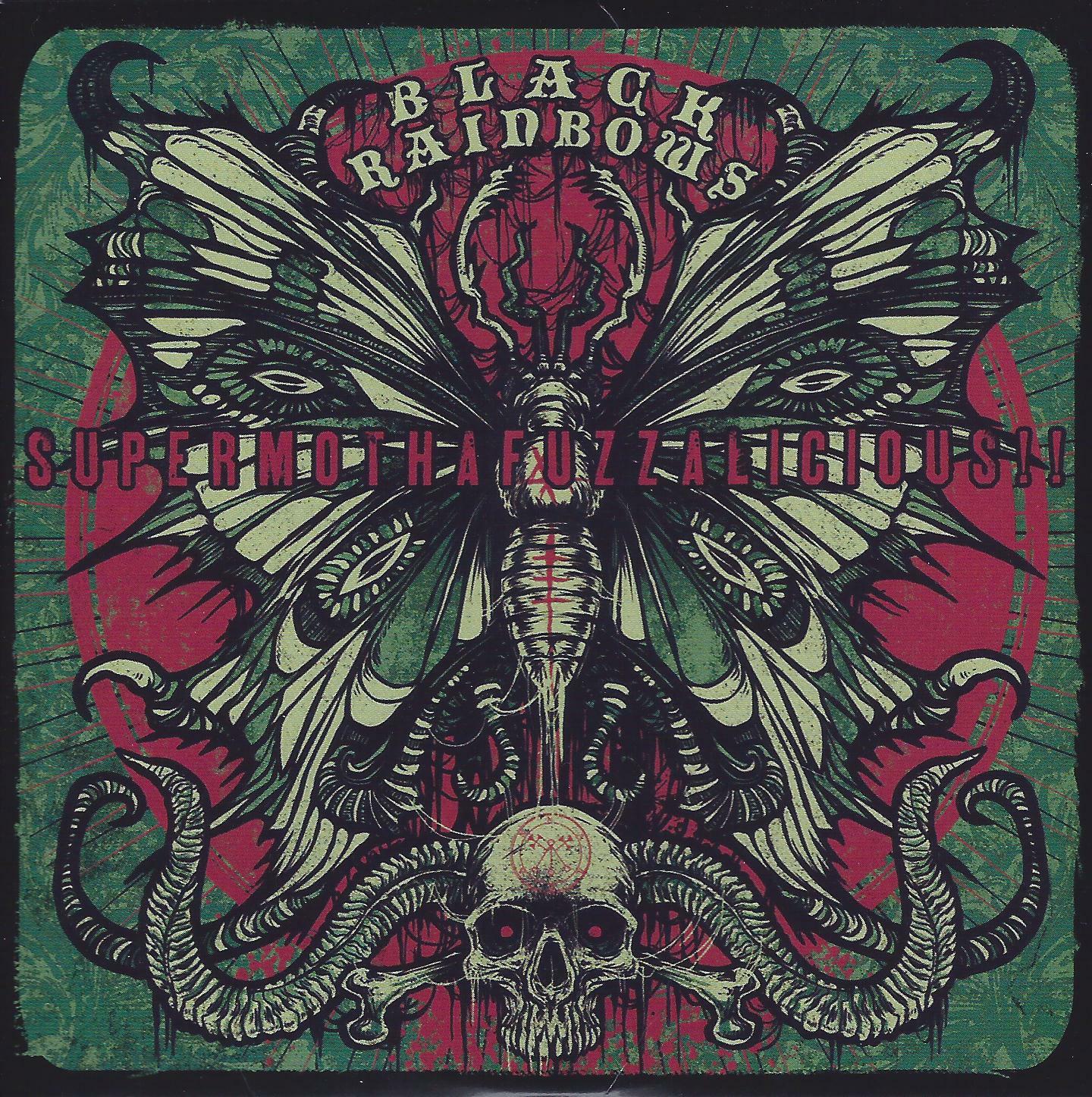 A first look at the dark fiery-eyed skull, horns and crossbones cover of Black Rainbows’ third album calls to mind visions of dark-robed and hooded figures sacrificing virgins at midnight, while the title – Supermothafuzzalicious!! – suggests George Clinton jamming with Jack Black. Pictures of the band themselves (and guitarist/vocalist Gabriele Fiori in particular) show hairy blokes bearing down on their respective instruments like your best ’70’s hard rock nightmare. A spin of the CD by this Italian three piece reveals fuzzed-out dual guitar and bass psychedelic rock, with a smattering of bluesiness reminiscent of classic power trios Grand Funk Railroad, Blue Cheer and Beck, Bogert & Appice.

One of the hardest things to endure in the whole sphere of rock music is when musicians take themselves so seriously that neither they nor their fans would ever dare crack a smile, much less look like they are enjoying themselves. Fortunately, it would be hard for anyone to imagine such a po-faced scene going on at a Black Rainbows gig. Like its title would suggest, Supermothafuzzalicious doesn’t take itself too seriously at all, but rocks out big time across its 44 minutes. Album opener Burn the Nation is not so much an invitation to start rioting in the streets, as it is to form a mosh pit, commence some furious head-banging and alternately throw the goat and wave peace signs. Mastermind adds a dash of proto-punk Stooges/MC5 stoned anarchy, plus whoosing synth (or perhaps guitar) effects that give it an early ’70’s Hawkwind twist, although nobody could really call this spacerocking music, despite song titles like Mother Of The Sun and Solar System (the latter reminiscent of Sweden’s Space Probe Taurus). The testosterone-charged Lady (with its misogynistic-blues “I just want to make love to you” lyrics) and the somewhat cheesy (and hopefully tongue-in-cheek) I Love Rock N Roll show these guys heads are firmly drawn to more down-to-earth fascinations.

No slackers, Black Rainbows are touring throughout 2012 and have already followed up Supermothafuzzalicious with Split which has them sharing vinyl/CD space with California’s Farflung, who will also be joining them for some European shows. While I wouldn’t necessarily equate these two bands in terms of musical style, Black Rainbows certainly deliver some classic heavy stoner rock on Supermothafuzzalicious. Try it out, and be prepared to be time warped back to 1970.

Check out the band’s website at http://www.theblackrainbows.com
Further label information can be found at http://www.heavypsychsounds.com and http://www.longfellowdeeds.com