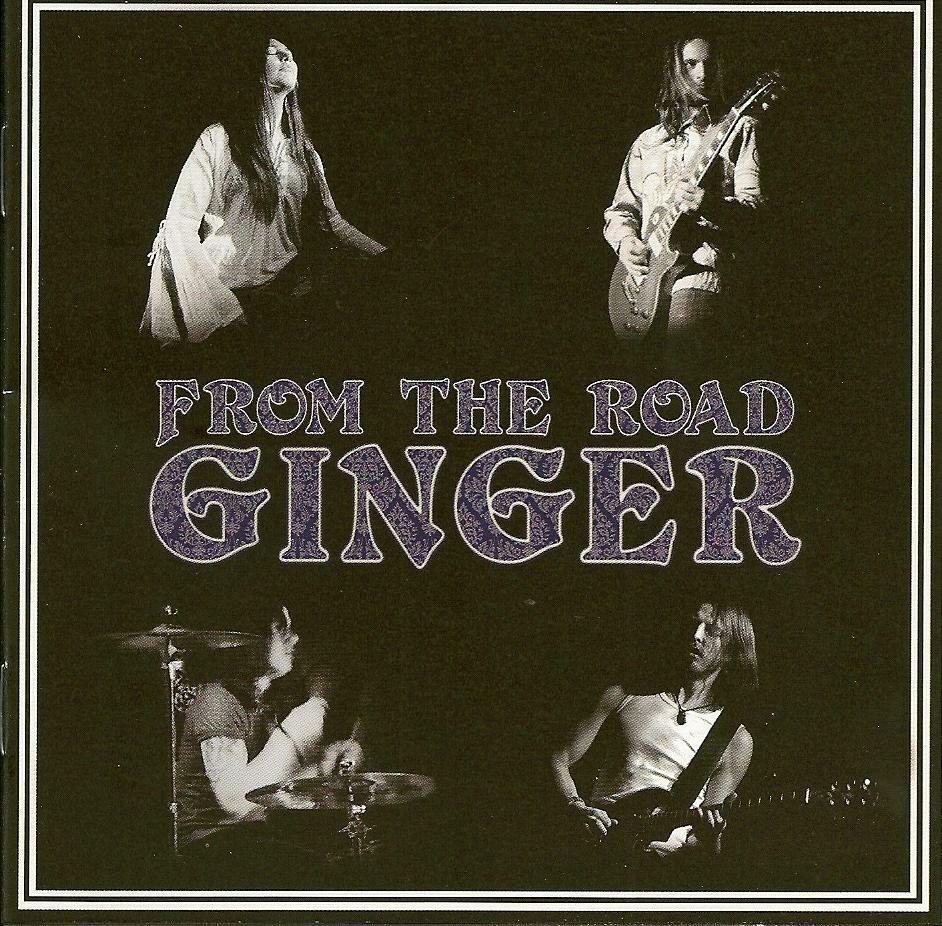 As a big live album fan that I’ve always been, I believe that I may like Ginger’s Seahorse CD a bit more than this From the Road disc. Don’t get me wrong, this nine song CD is still a fine effort and all but it simply didn’t grow on me as much as Seahorse had managed to. From The Road is a live document of what Ginger had performed while out on tour during the fall of 2010 with gigs happening in their hometown of Zurich, Switzerland and Binningen as well as a couple of German shows – those being in Berlin and Gottingen. Here, you get Ginger playing two classic rock covers plus tunes from the previously mentioned Seahorse CD and their first record LP Arlanda which I haven’t heard yet. Starts out with a ten-minute cover of Pink Floyd’s Set The Controls For The Heart Of The Sun, the well-penned eleven-minute Crosstown Bar Blues, Jam, Winds Of Dust, Part II, Sugar Mama and the finale, an eight-minute tribute to Them’s Van Morrison with Gloria. CD’s sound quality is quite good – for it possesses that [like you are there] vibe and sound with a definite Jimi Hendrix influence obviously present. Front insert is an eight-page CD booklet with full color photos of Ginger’s live shows taken on this mini-trek. The bio sheet for this CD release notes: ‘From The Road’ reads like a menu – a seven course candle light dinner. For starter, the band chose a psychedelic interpretation of a piece by Pink Floyd, followed by steady rock, impulsive shuffle, a rhythmic delicate drum solo, some heavy blues, entangled double guitar parts and to top that off – a break out of some free improvisation. Couldn’t have said it better myself.