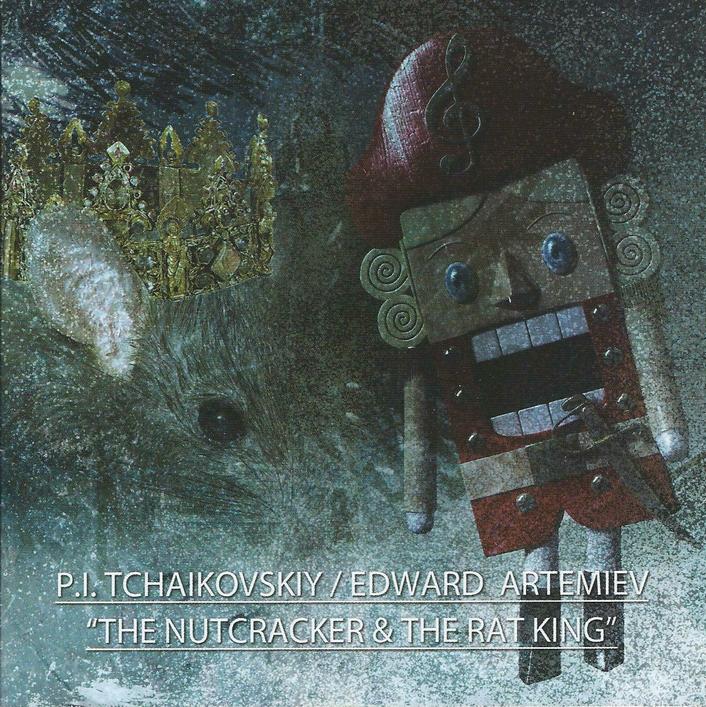 Written in 1816 by E.T.A. Hoffmann, The Nutcracker and the Mouse King was famously turned into a ballet composed by P.I. Tchailovsky in 1892. In 2010, a film titled The Nutcracker in 3D was released, directed by Andrei Konchalovsky and scored by Russian musician, composer, and electronic avant-garde pioneer Edward Artemiev.

Artemiev’s score is derived from Tchaikovskiy, hence the credit to P.I. Tchaikovskiy / Edward Artemiev, and while there are certainly familiar melodies, the music as a whole is clearly Artemiev’s. As CD notes author Natalia Kozhevnikova describes the composition, it’s like Artemiev is “working with someone else’s material which then became his own”. The music is composed and arranged by Artemiev, performed by the Moscow Studio Symphony Orchestra and conducted by Murad Annamamedov. The lyrics by Yuri Ryashentsev are in Russian, though the CD notes list them and the titles in English. I’ve not seen the movie but Artemiev’s son and Electroshock label head Artemiy clarifies that The Nutcracker & The Rat King is not a soundtrack album from the film. There are some parts of the music that were used in the film, but Artemiev made a larger suite, re-arranged the tracks and composed additional material.

The CD opens with melodies that most will recognize, and very quickly begins a succession of thematic transitions, many quite dramatic. After the introductory bit we find ourselves in full marching band mode, enjoy playful show tune songs, Rock, Jazz, Swing, Classical, and throughout we are swept through a succession of emotion packed compositional twists and turns. It’s a great combination of classical symphony and Broadway production. Artemiev and the orchestra interpreting his score excel at communicating a passionate narrative through music, and the result is one hell of a fun hour. I should add that the recording quality is beautiful. Listening under the headphones was like being in the concert hall.

For more information you can visit the Electroshock Records web site at http://www.electroshock.ru