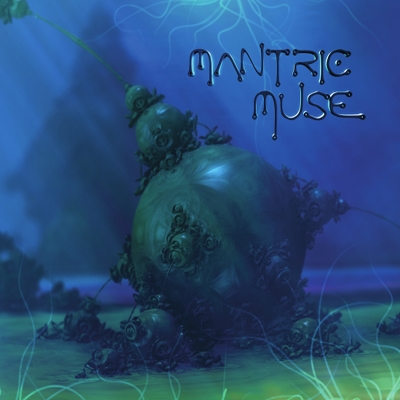 Mantric Muse are a Danish space rock band who have been around for over a decade. They’ve appeared on some compilations and I’ve heard some unofficial live sets, but this is their first ever official album. The band are all instrumental. Ozric Tentacles are the most obvious analogy, and Oresund Space Collective sometimes comes to mind, which isn’t a surprise as some of these guys have played with and recorded with that band.

There are 7 tracks on the CD, mostly in the 7-10 minute range. Songs like Cinope, Sfunx, and Deep Sea Cheops are the ones with the most overt Ozric influences. Cinope is an ass kicking space rocker. Sfunx is similar, but as the title suggests, has a funky groove. Killer synths on this one; a total body grooving head trip. And Deep Sea Cheops is a cool combination of heavy driving space rock and atmospherics.

But Mantric Muse also incorporate various other influences, most notably on the opening track, Nanoid. We’ve got two guitars, one playing a King Crimson Discipline-era Robert Fripp pattern, and the other alternating between rock and jazz styles. Sometimes the whole has an Ozric Tentacles sound, and other times it’s got a kind of spaced out jazzy vibe that brings to mind David Torn. Sindband Sofareren starts off as a space rocker with hip-shaking Latin grooves, and then launches into a ripping rocker that’s part Ozrics, part jazz fusion, part prog rock, but all firmly within a space rock context. Azur is another Ozrics styled space rocker, but there’s lots of intriguing transitions, from Latin grooves, prog rock, metal guitar, and then rocking but meditative space-jazz-fusion, all coming together seamlessly. This sucker rocks hard. Finally, Gnoxience is the one shorter track of the set, being a 4 ½ minute Soundscape exploration.

In summary, this is one kick ass set of instrumental space rock. The music has a great jamming quality, but not loose and improvised. All the tracks are tightly performed and arranged. And I must say that despite the obvious Ozric sound, Mantric Muse are more than capable of synthesizing different styles and influences to create their own brand of space rock. Recommended.