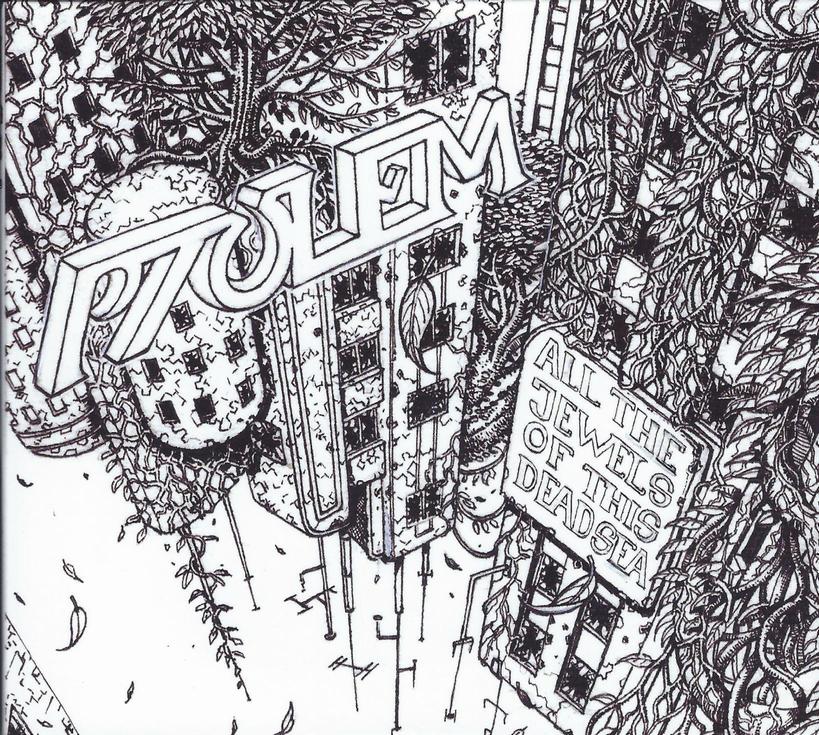 Ptolem are an electronic duo from Geneva, Switzerland, which employs ambient and occasionally bass-heavy beats on this, their second album following 2007’s The Almagest. All The Jewels of This Dead Sea contains twelve instrumental tracks of mainly electronic music, with spacey titles like Submerged Neurotic Continents and Searching for a Reborn Sun. Francesco Raeli and Patrick Brocca do not list the electronic equipment used on this recording, but do make room for guest cellist and guitarists on several tracks.

The journey starts with Sunlit, reminiscent of The Chemical Brothers’ second-generation electropop track The Sunlight Underground, with bright pulse-like bass-beats. Archaic Sun features more of a rock (albeit still programmed) sound with added guitar that breaks into a brief Muse-style thrash and even some blink-and-you’ll-miss-it finger tapping. The keyboard sounds range from bright and optimistic to dark and ominous, sometimes within the space of a single track, as in the above-mentioned Submerged Neurotic Continents and Chronoclastic Bends. Searching for a Reborn Sun dares to get almost funky with breakbeats and great synth-bass sounds, while Elephantine Spectres moves from Yello-styled synths to vast and echoing orchestral sounds that depart almost as soon as they arrive. Shapeshifter alternates between rather beautiful cello sections and darker electronics. The cellos return for Epochs Drifting, which does indeed have a drifting and melancholic feel, enhanced by wordless soprano vocals from Maud Deruaz. Colour Filter, the longest track on the album at just a shade over seven minutes, opens with dark and ominous rumbles and beeps like a gathering thunderstorm, before breaking out into an Ozrics-style guitar jam followed by an extended ambient coda. By contrast, The Lotus Effect features sparse and almost romantic piano and the sound of gently plucked strings, as chill-out as the title would suggest. Finally, Cloud Island features a return of the bass-beats that opened the album, calling to mind Tangerine Dream’s late ’80’s style, before winding back to a gentle close.

The Ptolem experience is not one you would seek out if you were looking for psychedelia or spacerock jams. Rather, the duo of Raeli and Brocca provide a range of electronic soundscapes that sound both retro and futuristic, and with enough mood changes to ensure that interest is maintained throughout their 60 minute search for undersea gems.

The band’s website can be accessed at: http://ptolem.blogspot.com
Email at: ptolemsounds@gmail.com