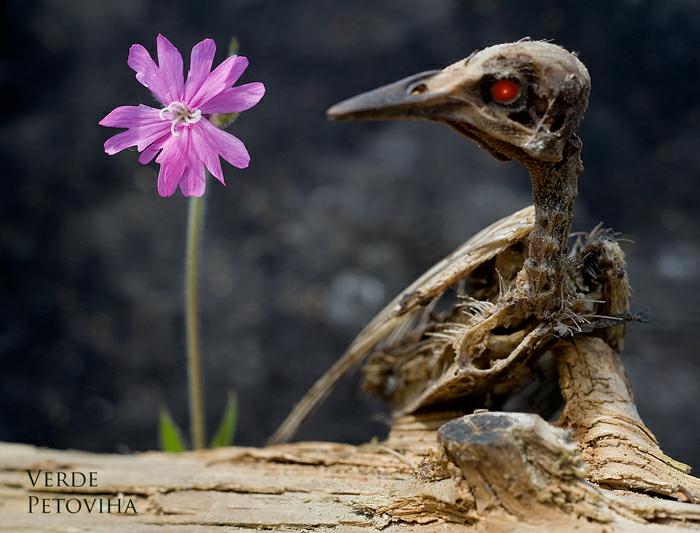 I was introduced to Finnish musician Mika Rintala years ago through his work with Jussi Lehtisalo’s Ektro world of bands, including Circle, Lehtisalofamily, and Ektroverde (the latter being more or less a collaboration between Mika and Jussi), and then many albums of Mika’s own Verde project. An electrical engineer by trade, Mika has built a fascinating array of electronic instruments that are works of art AND functional. CLICK HERE to see a few that were in a gallery that I included with a 2001 interview in AI #14). Also CLICK HERE to see a recent video Mika posted on YouTube touring his amazing studio.

Petoviha is the latest Verde album, and includes numerous guests on percussion, French horn, viola de gamba (a 15th century bowed/fretted/string instrument), jouhikko (a traditional Finnish 2 or 3 stringed instrument), and other homemade Finnish traditional instruments. Put Petoviha in the Google translator and you’ll get “anger beast”, to which Mika adds “wild beast hatred” and “carnivore hatred”. More specifically, the theme of the album is Mika’s commentary on Finnish hunters who dislike carnivorous wild animals, partly due to the competition between man and beast for deer and rabbits.

Having heard quite a bit of Mika’s work over the years I was struck by prominence of traditional instruments. The combination of jazz and orchestral music with space electronics and sounds samples is fascinating, making for a compelling 70 minutes of music. The experience is difficult to describe so I’ll just share my freeform thoughts in an attempt to communicate a flavor of what all the mixing, morphing and blending is like across the 12 tracks that make up Petoviha. Among the highlights is Dekatronilokki, on which syncopated, harsh machinery electronic patterns duel with what sounds like a gaggle of chimpanzees howling in harmony. Susiaalinen Media features wild free-jazz improv, with frenzied drumming, guitar and keys, experimental manipulation of instruments, and intense electronics. Terassipeto elinvoimainen starts with sounds of nature, leading into a trippy Middle Eastern theme mixed with jazz, whimsical jaw-harp and space-ambience. Petoviha consists of dark, somber orchestral horns, a moody soloing bass, slowly spiraling electronic waves, and the sound of water splashing against the shore. On Vaarantunut naamakirjanarkomaani, stringed instruments create a passionately intense theme as the music chugs along at a choppy, stumbling, but steady rhythmic pace, like some kind of zombie robot orchestra, surrounded by floating and fluttering spacey keys. Hukka sukka has an interesting blend of wryd-folk acoustic guitar and dark, cinematic space electronics. Arvioimatta jätetty has a heart wrenchingly beautiful string melody surrounded by bee swarm alien electronics. My two favorite tracks are Kekkonen and Salametsästäjä, which back-to-back make for the best 18 minutes of the set. Kekkonen kicks off with water splashing and birds chirping, leading into multiple layers of robotic electronics, including efx’d voice and light jazz drumming, eventually building up to a mixture of Sun Ra styled jazz, soundscapes, sundry natural sounds, plus an avant-electronic melody and oddball rhythmic groove. And Salametsästäjä consists of haunting yet delightfully freaky space electronics combined with jazzy horn and percussion led orchestration, anchored by a throbbing repetitive electro pulse, waves of floating space-ambience, and all manner of fun frenzied and crazed electronic sounds crop up throughout.

In summary, Petoviha is one of the most challenging albums I’ve heard from Verde, and it’s the musical, electronic and sound sample combinations that kept me coming back for more. If you’re at all intrigued by what I’ve described, check this out. New treasures will be discovered on each repeated listen.