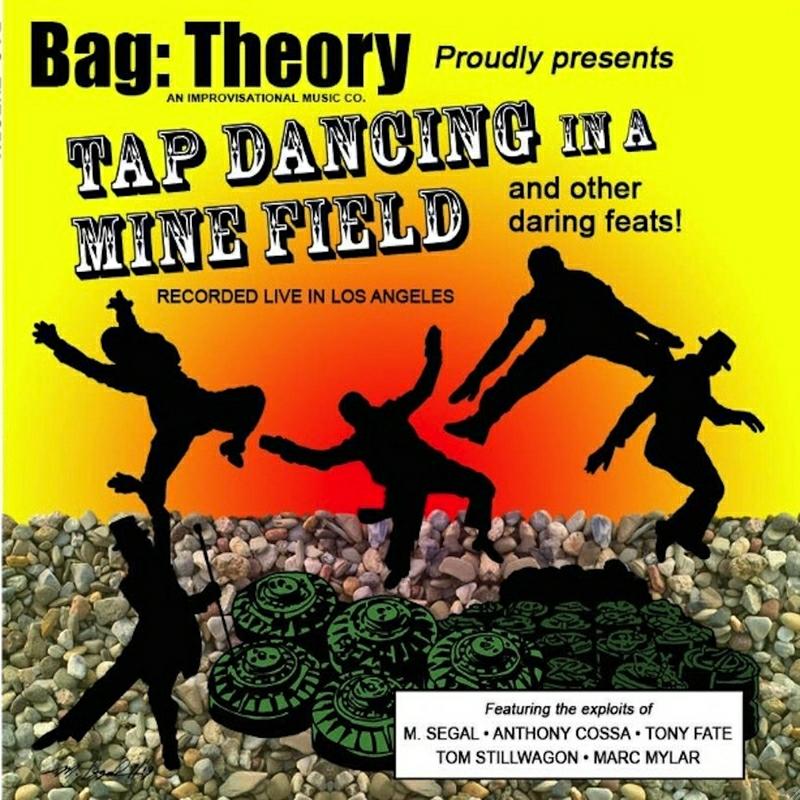 Wow, it’s been a long time since I’ve heard new music from Bag: Theory. Some background information is crucial, so bear with me. The roots of the band are to be found in Paper Bag, formed in 1983 by brothers Greg and Mark Segal, who held strict methodological views toward improvisation. The Paper Bag quartet of Greg (guitar), Mark (drums), George Radai (bass), and Kenny Ryman (keyboards/tape loops/percussion/vocals) recorded four albums for the SST label between 1987-89. Now don’t run away because I said SST! This was NOT a hardcore band. Paper Bag were an adventurous, highly eclectic unit who defied easy categorization, though they occupied multiple diverse points on the Prog and Jazz axis. CLICK HERE to read the article I wrote about them and the first incarnation of Bag: Theory in AI #21 (2002). The music and approach to improvisation is fascinating, and my sub-title to the article – “I Can’t Believe This Shit is Improvised!!” – is an understatement.

In early 2000, Mark Segal was asked if Paper Bag would reform for a benefit concert, and when this didn’t pan out Mark formed a new band that would be different from Paper Bag, though still based on the same rules of improvisation. This resulted in the 2001 released CD, A Good Ass-Kicking Wears Many Faces, plus a handful of live performance CDRs.

The present: After several fits and starts, scattered performances and an aborted tour, Bag: Theory now consists of Mark Segal (drums), Anthony Cossa (guitar), and Marc Mylar (saxophone) from the earlier Bag: Theory, plus Tony Fate (guitar) and Tom Stillwagon (bass). The band kick started rehearsals in late 2012, played their first gig in nearly three years on December 22nd, and will enter the studio in March to record a new album. The current album, Tap Dancing in a Mine Field, documents a live performance and is intended to let the world know that Bag: Theory is back and generate a buzz in advance of the upcoming studio album.

Despite the emphasis on improvisation, Bag: Theory is NOT about lengthy jams. It IS about control and direction. The seven tracks on Tap Dancing in a Mine Field, all recorded live, are between 3-6 minutes in length, each being a tightly knit and intricately wound unit of its own. I Pity The Fool alternates between spaced out punk-metallic free-jazz and cool grooving acid-surf rock. Gibberish Spoken in Tongues uses high energy Latin tinged percussion to anchor an acid-punk-jazz steamrolling rocker that conjures up twisted images of the old MX-80 Sound with a Santana rhythm section. Heights Of Excellence / No Big Loss consists of dreamy psychedelic rock with a nice combination of ambient and acidic guitars. The appropriately titled Link Floyd sounds like the Pink at their most Bluesy, with shades of psychedelia and jazzy sax swing. And speaking of sax swing, Mantis starts off as the Beatnik party you’ve been longing for, later devolving into a down ‘n dirty acid-punk-metal-jazz dirge. Gone Fission is a playful bit of tension-laced noodling. And Fast, Cheap, And Outta Booze is a balls-to-the-walls high action close to the set, being a brief acid-metal brain crushing rocker.

Yes, Bag: Theory are mighty lively these days and still cranking out music that forces me to continually remind myself that it’s all improvised. This set was performed front of a live audience so I’ll be waiting in anticipation for the results of their new studio album in the spring.

The information PACKED Paper Bag and Bag: Theory web sites can be found at: http://paperbagtheory.com
The Tap Dancing in a Mine Field CD can be purchased or downloaded for FREE from: http://www.cdbaby.com/cd/bagtheory