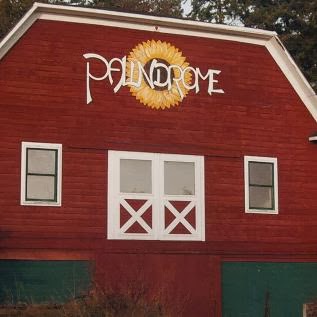 Gritty, raw and earthy are not usually words associated with progressive rock. So it was strange to me at first that these words would come to mind while first listening to progressive rock group Glass’s new album, Palindrome. They are apt descriptors, although they don’t quite tell the whole story. The album is quite a unique listening experience.

I’m almost tempted to drop the word ‘rock’ from the progressive rock tag here, because the music on Palindrome doesn’t really rock in the traditional sense. It has some rock influences, but it is steeped much more deeply in jazz and experimental and even folk idioms than those usually associated with rock, even progressive rock. It does certainly draw from the Canterbury school of progressive rock, a sub-genre that the members of Glass have made no secret to loving (many of the luminaries of this sub-genre have previously appeared on Glass albums and on some of the individual members’ solo efforts). But even that particular school often diverged far enough away from what was rock music that it developed something else wholly unique and unheard before. And that’s sort of what Glass is doing here; because really, Palindrome sounds like no other album out there, not just in the progressive rock genre, but in any genre of music.

The opening track, No Sanctuary, is about the closest thing on the album you’re going to get to a ‘typical’ Glass track (if there is such a thing!). It’s a grand and symphonic opening statement heavily featuring an 1849 Whalley Genung pipe organ recorded in the First Presbyterian Church of Port Townsend. But even here, something is different. The sounds are recorded very dry, in the sense that they are not laden with effects. They’re raw and organic, even minimalist in nature. The music itself is simple, yet powerful. The short second song, Satori, despite its title which might suggest something more contemplative, is a jaunty little song that may be as close to pop music as Glass gets. But if the concept of Satori means an awakening, then this is indeed an awakening to the fact that something very different is going on here.

Much of the music on Palindrome is far more minimalist than is usual for the progressive genre. It’s frequently cyclic or repetitive. It’s like Terry Riley jamming with Joe Zawinul. It’s also often improvisational; the band went into the studio with very little planned out as to what they were going to do, and just began playing together with the kind of telepathic-like communication that musicians that have been playing together for forty-some years possess. But it’s also got that raw and gritty feel to it too. Just dig that heavy fuzz bass on Hughtopia or the simple, folksy acoustic guitar on The Water is Always Moving On, or even the buzzing, analogue synths of the album’s very experimental centrepiece, the 20-minute long Arrhythmia/Linger Longer. “Listen to your mind,” Jerry Cook, the band’s drummer intones as the music shifts from the traditionally Glass-like symphonia of the first part into a sonic mindscape of cymbal taps, pulsing electronics and hazy, dream-like musical meanderings that is equally disorienting as it is mesmerizing. This track is my personal favourite on the album.

The rawness and simplicity of the music is often tempered with overlaying moments of symphonic beauty, as with the breathtaking Mellotron sounds on The Rain Song, and the combined swells of organ and Mellotron on Wake for Owsley (a tribute to LSD guru Owsley Stanley, who had passed away just a few weeks before the recording of the album). The latter is particularly exemplary of this combination, for underlying the lush swells of symphonic sound are some really kind of crazy, madly strummed fuzzed out bass guitars that shift rhythms in odd ways that sound almost like mistakes were left in on purpose. It’s this loose, go for broke style that sets the album apart from other Glass albums, but also from the genre of progressive rock in general. Gritty, raw and earthy, Palindrome is an inimitable listening experience that once it gets a hold on you, won’t let go. So it’s best to do what the musicians did when recording it. Just go with it. You won’t be disappointed.