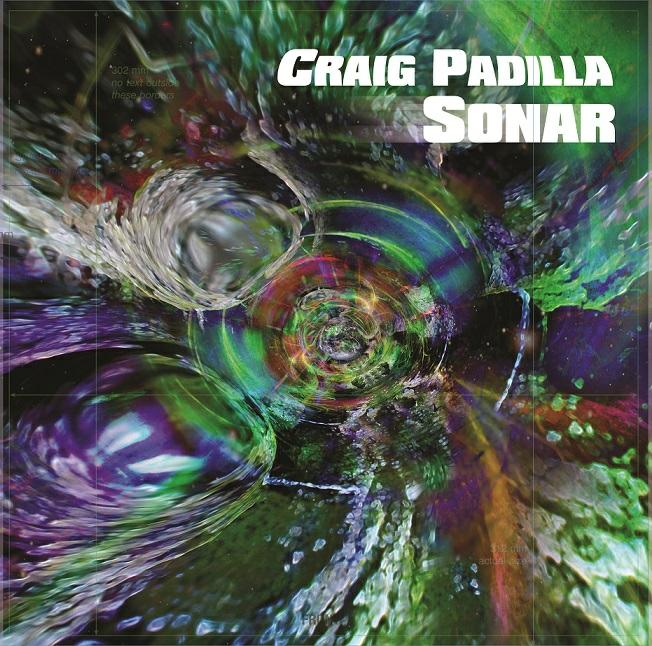 My introduction to American electronic musician Craig Padilla’s music was his contribution to the Strange Fish 1 LP released last year by Fruits de Mer. Craig has been around for many years, releasing albums on multiple labels and composing soundtracks for television, theatrical and film productions. Americans will get an inkling of what Craig’s music might be about when I say that he has been featured on the “Echoes” and “Hearts of Space” radio programs. But this 2-LP compilation of music recorded from 1996 onwards is no mere New Age fluff. Padilla’s influences include Wendy Carlos, Klaus Schulze, Tangerine Dream, Kraftwerk, and Steve Roach, among others, and that is precisely the crowd this music will appeal to.

After a brief introductory piece, the first LP kicks off with Velvet Moon, the only track with prominent participation of guitar, which gives the music a floating electronica meets Pink Floyd feel. Cosmic Dawn has a deep space combination of electronica, Prog and classical that I enjoyed. It floats along steadily, with seductively playful melodies and multiple elements that make the music meditatively alluring yet elusively complex. It also has just enough oddball sounds to inject a welcome freaky factor to the music. Challenge Deep creates the sensation that we’re rocketing gently through the cosmos, swept along by layers of soaring electronic space waves. These are anchored by classic Schulze/Tangerine Dream syncopated patterns, giving the music a mesmerizing rhythmic quality. And Behind The Lightning is a gorgeously majestic slab of symphonic Space-Prog.

The second LP really stretches out, consisting of two 20+ minute side long expeditions. Sonar starts off with pulsating drones, angelic drifting waves, a symphonic sensation, and light melodies, before launching into a space excursion that recalls the best of 70s Klaus Schulze. The music traverses seamlessly through multiple themes, from lightly rhythmic, to sound exploratory, to floating dreamy calm. This is the kind of music you want to experience in a planetarium. Put on the headphones and gaze at the stars. Awaken To A Dream is a little different, feeling like aural brushes painting a cosmic canvas. It may be the most New Agey track of the set, but Padilla incorporates a variety of sounds that upset the typical singular New Age flow, making for a more varied and interesting experience. Overall, this 2-LP set is a great introduction to Padilla’s world.

The LPs will be available in June, and as usual this is vinyl ONLY, no CDs or downloads. If interested you better hurry because Fruits de Mer releases sell out QUICK!