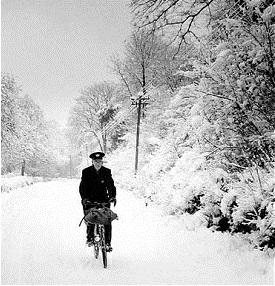 Tor Peders are a Swedish band who released a single a few years ago and played several gigs. They recorded this one album in 2011, which was apparently even then slated to be released by Fruits de Mer, but the group disbanded after one of the key members was killed in a car accident. Having recently reconnected with surviving members of the band, Fruits de Mer has finally made the album available, including a bonus 7″ of music recorded after the album’s completion.

First, I’ll tell you that this sounds like it was recorded in the late 60s/early 70s. This absolutely sounds like a lost gem from back in the day. I listened to the album before reading the promo sheet and thought, “oh, is FdM getting into the reissue business?” Aye Makami opens the set and is a little different from the rest of the album. The intro sounds like we’re being prepped for a Deep Purple styled rocker. But lo and behold, once it blasts off we’re steeped in a blazing mash of twin guitar Surf-Psych and heavy organ. Some of the best melodic hooks are to be heard on the Acid-Pop, yet hard rocking Islossning I C-moll. The music gets more spaced out with Smafaglars varn and Sinnet rinner, two propulsive, Prog-Psych/Krautrock explorations with the guitar and keys joining on melodies and trading off licks. I especially like the way Sinnet rinner grooves along as a soulful, heavy rocking jam, yet retains a cosmic Psychedelic vibe throughout. Then what sounds like the finale is a volcanic explosion that leads into two more minutes of tectonic feedback and effects incineration.

Easily my favorite track of the set is Incident vid Domsted, which features 11 minutes of full blown Space Rock. The music builds up slowly, like a mixture of early Pink Floyd, Nektar’s Journey To The Centre Of The Eye, Grobschnitt’s Solar Music Live, and a zillion other analogies I could make. Tor-Peders do a great job of creating a bubbling cauldron of cosmic intensity, with a mind-bending sense of cool grooving drift. Rounding out the LP is a cover of George Martin’s Theme One, which Tor-Peders amps up with heavy organ and incendiary guitar (and damned if I don’t hear a wee bit of the Tommy Overture thrown in). But then we’ve got two more 7 minute tracks on the accompanying 7″. Signed tp is an easy paced stoned, yet soulful jam. And L’esprit d’escaliere is a slow, pleasantly melodic focused piece, that ever so slowly builds up to a high intensity climax.

In short, this is as glorious a retro experience as any early 70s Prog-Psych junkie could hope for. Did I tell you it was recorded in 2011?

The LP will be available in June, and as usual this is vinyl ONLY, no CDs or downloads. If interested you better hurry because Fruits de Mer releases sell out QUICK!