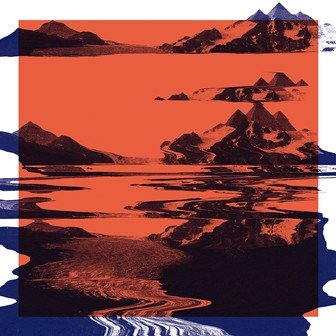 Ad’Absurdum are a Swiss quintet who, though new to me, have been around since 1991. Three of the members do double duty in the band Get On Jolly, who also have a new album on the Acoustic Desaster label.

Atomonoton opens the set with a choppy rhythmic pulse and bashing guitars that have a Circle styled vibe, plus synths and non-lyrical vocals that are both haunting and anguished. Phosphor is next and the previous rhythm now morphs into a Motorik beat, and the guitar aggression become dual melodic guitars. After a few minutes the band start to rock harder and it all feels like 70s melodic hard rock meets Krautrock experimentalism. The guitars continue their melodic foray, and the atmosphere is punctuated by trippy Psychedelic Indian tinged drones, as if Neu! took a detour to the mystical East. Then out of nowhere the music abruptly veers into a haunting piano keys and strings assault that segues smoothly into Deep #2, an anguished Psychedelic dirge that gradually builds from valium paced momentum to an acid drenched expression of misery. The guitars wail as if tortured, but there are also beautifully sailing cosmic licks and sporadic mournful vocals. Once again the piece ends with atmospheric piano, this time winding down to a silent conclusion. The mood changes dramatically on the bouncy Sunshine Baby, which rocks steadily with fuzzed guitars, gorgeously wailing spaced out licks, melodic keys, and freaky but endearing vocals. I like the chunky guitar chords combined with the soundscape licks and cosmic synth lines. In Ad’Absurdum terms, this is almost a Pop song. Territor once again takes us in a different direction, being an alluring, acoustic driven and somewhat pagan Folk-Psych instrumental. I love the combination of acoustic guitars, banjo and songbird synth melody. The last four tracks comprise the Suite About A Day at Home. It opens with soundscapes, shimmering guitar and cosmic organ. The band start to settle into an ominous rhythmic pattern but the music soon melts into intense, orchestral Psychedelic angst. Cohesion eventually prevails, which finds the band settling into a robotic electronic space groove, and very quickly culminating in an explosive Space-Punk-Kraut rocking finale.

Three previous Ad’Absurdum reviews have appeared in Aural Innovations by other writers and it seems I’ve been missing something with these guys. I’ll have to start backtracking.