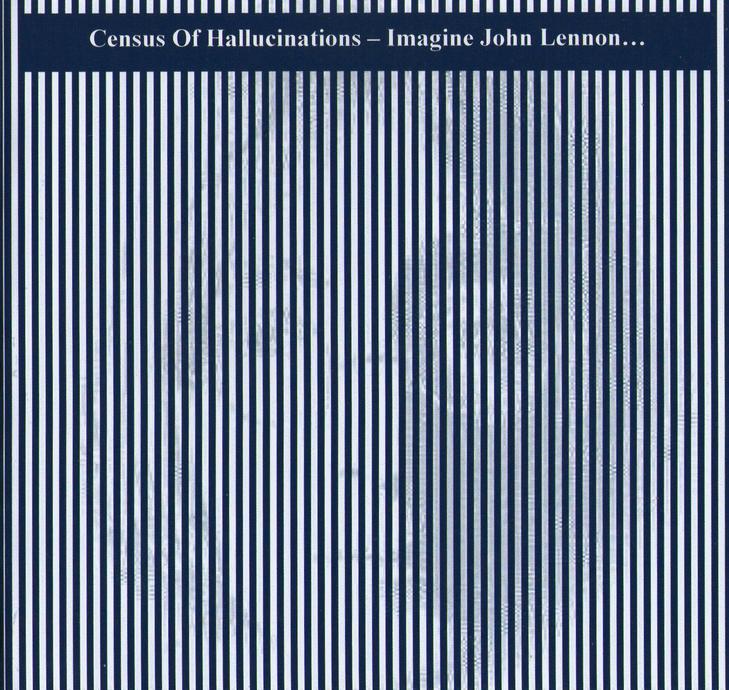 The latest from Census of Hallucinations is a 30 minute conceptual song cycle, which represents Part 1 of what will be a full length CD scheduled for release in 2015.

Never one to hold back on his feelings and opinions, Tim Jones’ lyrics on Imagine John Lennon are an exploration into the self; a hard look at how or why we fit into this current expression of humanity. It explores subjects such as old age, holidays, the breaking of hearts, the absence of light, the lack of love, the realization of what love is and what infatuation is. As Tim explains, “The idea behind Imagine John Lennon is to imagine the concept. John Lennon was telling us to use our imagination, so why don’t we imagine what he tried to represent in a world where there is no John Lennon? This ‘stupid, malfunctioning society’ does not have an answer because it has no imagination”. Listen closely and you’ll feel both the teeth and the heart.

The four songs on Imagine John Lennon are intended to (and do) flow like a single track and will appeal to fans of Census of Hallucinations at their most spacey and accessibly Prog-like. In Ruins is led by Tim’s alternately spoken and sung lyrics, backed by the lulling backing vocals of Terri~B and Maxine Marten. The combination of Tim’s narrative, the backing vocals, piano, acoustic guitar, and John Simms’ trippy soloing Blues guitar is dreamily surreal. We also have guest narration from Tim and Terri’s son James Jones, who recites his poem Lost In The Lakes. The track winds down with weird vocals and effects, tempered by Terri and Maxine’s serene harmonies, smoothly transitioning into the beautifully melodic, spacey drift of Conspiracy of Silence. The fusion of atmospherics, effects, and Simms’ Jazz-Psych guitar leads is an intoxicating brew, and the ante is upped on the spacey, jazzy, Bluesy, soulful, yet cosmically surreal Faculty of Mirrors. Wrapping up the set is He Who Can Manage Camels, which consists of spacey orchestral, melodic Progressive Rock, with trippy backing vocals and an awesomely freaky Psychedelic finale. I’ll be looking forward to the full production in the new year.