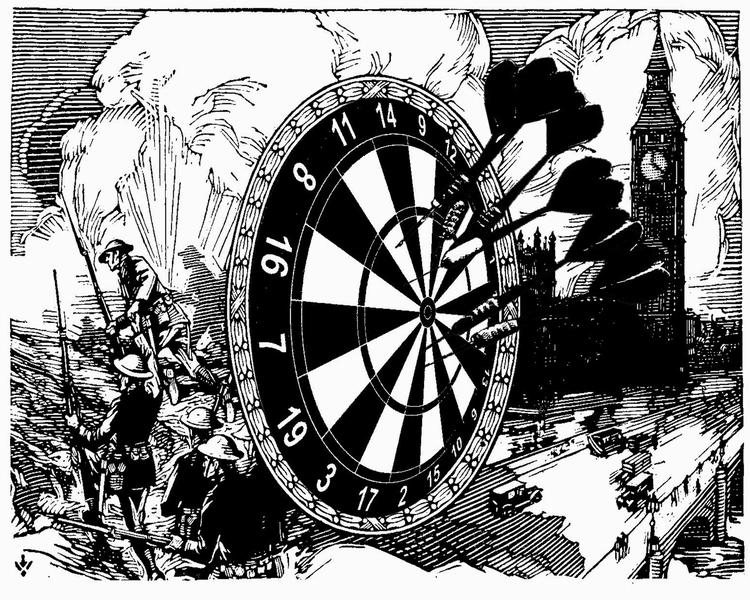 1914-2014: Same Game New Targets is Charles Rice Goff III’s commemoration of the 100th anniversary of the start of World War I. Four of the five tracks are improvisations and one was originally created for the Silber Records released digital compilation, QRD – The Guitarists, an ambitious 55 track, 231 minute collection that you can CLICK HERE to check out.

Goff’s audio tools arsenal consists of guitars, synthesizers, percussion, voice, Balinese flute, cassette player and pre-recorded cassettes, and a variety of toys and effects. Gurney Deprived Of Logic is a symphonic electronic Space-Prog gurney journey with a cosmic orchestral ebb and flow that I enjoyed. Things get even more interesting later when a slowly soloing Frippertronic styled guitar joins in, adding licks that are spaced out but jam a bit too. I think I even hear Charles’ efx’d voice woven in with the space-wave synths. Sighs Of A Thirsty Flower is a cool and strange combination of bubbly Psych guitar and trippy Frippy guitar sonics, making for a freeform cauldron of somber moody Psychedelics. Maginot Lines on My Facebook is an experimental yet pleasant Space-Ambient and rhythmically playful excursion. Despite being deep in space, it reminded me of the jellyfish display at the awesome Newport, Kentucky aquarium, which from my perspective is a pretty Psychedelic experience by itself. The sounds are quicker paced than the jellies are, but it does conjure up images of the creatures slowly flitting about their seemingly choreographed aquatic ballet. Falling Fired Frozen Flaked is the track Charles contributed to the QRD Guitarists compilation. It’s a pleasantly dissonant, multi-layered Psych symphony of guitars, including weirdly Bluesy guitar and wildly raw soloing, making for quite a freaky stew. Finally, the 23 minute Hallowed Chants Of Hollow Chance is the track that, though still spaced out, brought my mind back to the WWI theme of the album. It’s an experimental collage of sound patterns, effects and guitar, all swirling, throbbing, buzzing and howling. The throb is like a continuous plunge that is uncomfortably hypnotic. The mood is smoldering battlefield dark, ominous and chaotic, though it flows smoothly and decisively in its own turbulent way. There’s a lot happening at once, with frenzied and more carefully considered elements tooling along in tandem, creating a strange feeling of edgy intensity and mind-bending confusion. Wherever this scenario is playing out, I’m glad I’m not there, but quite enjoying the listen from the safety of another time and/or dimension. I really liked this piece, both for the image inducing experience and the cavalcade of sounds. Overall there’s much in this set that begs and rewards repeated listens.

For more information visit the Taped Rugs Productions web site at: http://tapedrugs.com
The CDR and cassette are available through the web site but a digital version can be downloaded for free at: https://archive.org/details/1914-2014SameGameNewTargets