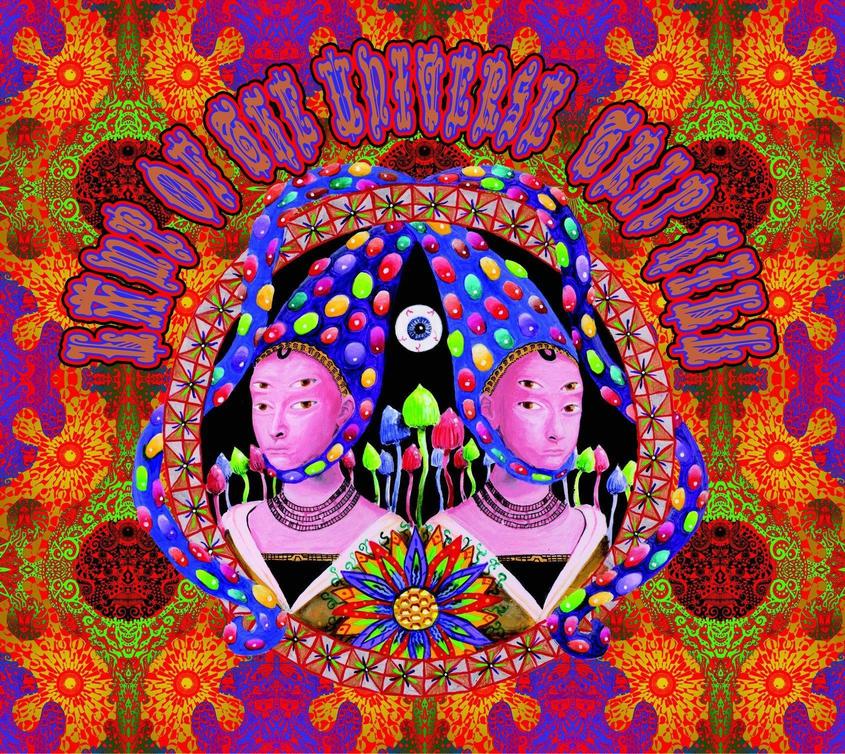 The excellent German label Clostridium Records has released a nifty split album featuring Lamp Of The Universe and an Italian one-man project I’ve never heard of called Trip Hill. Trip Hill is headed up by Fabrizio Cecchi, who according to discogs.com has sporadically released albums as Trip Hill since 1998.

Clostridium have championed Lamp Of The Universe since the label’s inception, having begun by reissuing the two out of print debut Lamp albums from 2001 and 2002, and have made new material available since. Lamp Of The Universe is a solo project from New Zealand based multi-instrumentalist Craig Williamson who has also been in the heavy rock bands Datura and Arc of Ascent. The Lamp contribution to this split is a nearly 22 minute epic titled Domain Of The Buddha. I see in the credits the track is from 2006. I checked all my Lamp albums and Googled it and this apparently has never been released before and it blows my mind that Craig would have sat on it all these years because it’s a stunner. A gently narcotic drone wave sweeps the listener through space as a mesmerizing flute plays its lovely melody, liquid acid guitar pulsates, the sitar lightly drones, tripped out effects bubble and shimmer, and Craig’s delicate vocals play shaman guide for this trance inducing journey. Every Psychedelic cliché that any writer has ever come up with absolutely, totally, appropriately applies here.

After a noisy intro we learn why Trip Hill makes such a good pairing for Lamp Of The Universe. Bright Spring starts off sounding like Syd-era Floyd with sitar and freaky electronic effects and then develops into an intense acid rocker. Actually the effects have a strange rhythm that brings to mind the feel of the jug in the 13th Floor Elevators. Raining Metallic Mushroom is a cool tune that combines trippy Eastern influenced Psych with a strange kind of traditional music feel, and punctuates it all with punchy acid guitar leads. I Need Someone is a cool grooving and hard rocking Psych song with spaced out electronic effects and blazing wah guitar. And Driving Over The Rainbow sounds a like a melodic drone blend of West Coast Psych and the Beatles at their trippiest. I’d like to hear more of Cecchi’s work.

The album is available in both CD and LP editions. Vinyl junkies should check the Clostridium web site for three tasty options.