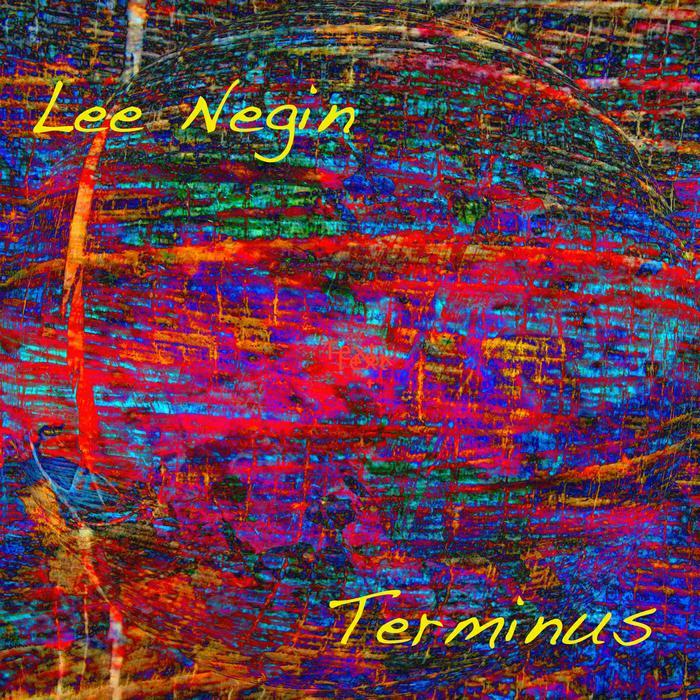 Though Lee Negin has been recording since the early 80s, he was a new discovery for me in 2014, starting with the tongue-in-cheek sci-fi “Technopera” Cheeze Chronicles, followed by the electronic freakiness and cerebral mind massage of Groundless. Kicking off the new year, Negin has released Terminus, a 20+ minute EP described as a collection of 4 extended dreamscapes. The soundtrack for the 5D movie that “…takes place in the space between your ears.”

Terminal opens the set and features a cosmic collage of voices and sounds. The pastiche of voice samples includes strange narrations, vague singing, children, animals, coughing, sirens and much more, surrounded by and intertwined with rushing waves, cavernous drones, and a general banquet of experimental spaced out sound montage. Terminal 2 is similar but without the voices, feeling like a high intensity, interdimensional luge race through a time challenged black hole. For me it conjures up images of the end of the movie Interstellar, where Matthew McConaughey is stuck in a dimensional limbo that seems to dissolve space, reality and time. Terminal 3 is somewhat more traditional, being a soaring space-orchestral journey that strikes a precarious balance between anxiety and majesty. And Terminal 4 continues down this path, bounding from orchestral to fully symphonic and emotionally impassioned. But all the while the music is firmly deep space exploratory, with a droning sense of grandiose foreboding and a collage-like morphing and mixing of hurtling soundscape waves.

So three albums in a handful of months and all are distinct from one another, with Negin demonstrating a flair for variety and a good deal of excitement and even fun with each new release. And I’ve only tipped the iceberg. Check this guy out.