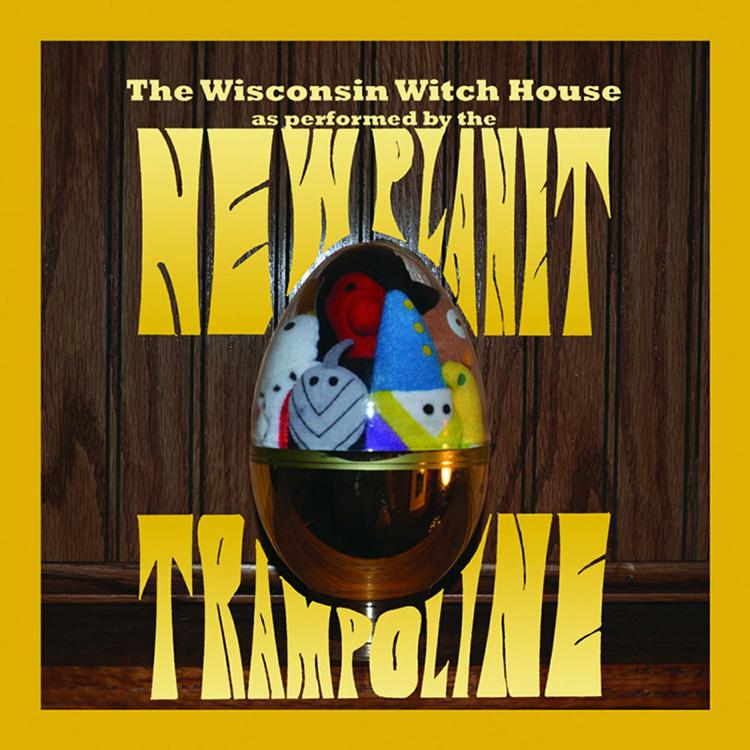 New Planet Trampoline are a Cleveland based band whose members have been in Channel, The Phoebe Cates, and other band we’ve reviewed in the earliest Aural Innovations days. They released an EP and a full length in 2003 and 2004, consisting of 60s inspired songs that variously recalled Syd-era Pink Floyd, Tomorrow, The Pretty Things, and even the Seeds and 13th Floor Elevators. Fast forward through a nearly decade long hiatus and the band reunited in 2013 to play Pink Floyd’s The Piper at the Gates of Dawn in its entirety at Pat’s in the Flats in Cleveland, which led to an invitation to perform the set again as part of The Committee to Keep Music Evil’s kick off show at the 2014 Austin Psych Fest. Inspired by the activity, the group headed into the studio to complete the now available Wisconsin Witch House EP and resume sessions on their aborted double LP from 2005, which they plan to release this year on their Stow House Records label.

The Wisconsin Witch House is a 4-track, 35 minute EP that sees the band exploring more complex musical territory than the 2003/2004 songs. 1000 Lies is very much like the earlier albums, being a well-crafted and catchy tune with a potently Punky brand of 60s inspired Psychedelic Pop. Bert I. Gordon, named after the director of 50s/60s sci-fi and horror B-flicks, is an intriguing zig-zag between soulfully sultry Psych song, the Doors, and steroidal instrumental runs. The 9+ minute Scary Pumpkin starts off as a high energy mixture of early Floyd and Pop-Psych gone freakout, being a bouncy song with off-kilter rhythms, bashing guitars and swirling organ. But there are some interesting detours which take the band into heavy Prog-Psych territory, with spaced out and freakily efx’d guitar, a Hammond sounding organ, and some totally wigged out lyrics.

Finally, the 17 minute Free Poison is a craftily convoluted and fairly mind-blowing journey through multiple seamlessly strung together themes. It kicks off as a heavy rocking Psych song, being 60s inspired but has an almost Punk-like rough-round-the-edges feel. Then near the 5 minute mark the song fades and briefly melts into spaced out Psychedelic la-la land before launching into an ass kickin’, take-no-prisoners acid jam. From here the music rapidly zips through a parade of 60s and 70s influenced Psychedelic and Prog-Psych themes, both song oriented and instrumental, as well as heavy rocking and dreamily lulling, culminating in an awesomely acid-spaced, melodically jamming finale that brings to mind a Space Rock version of Yes (yeah, you heard me right).

In summary, New Planet Trampoline excel at Psychedelic Pop, but these guys are a tight-as-a-knot unit who can really play and have a flair for accessible yet elusively sophisticated compositions. I can’t wait for the full length.