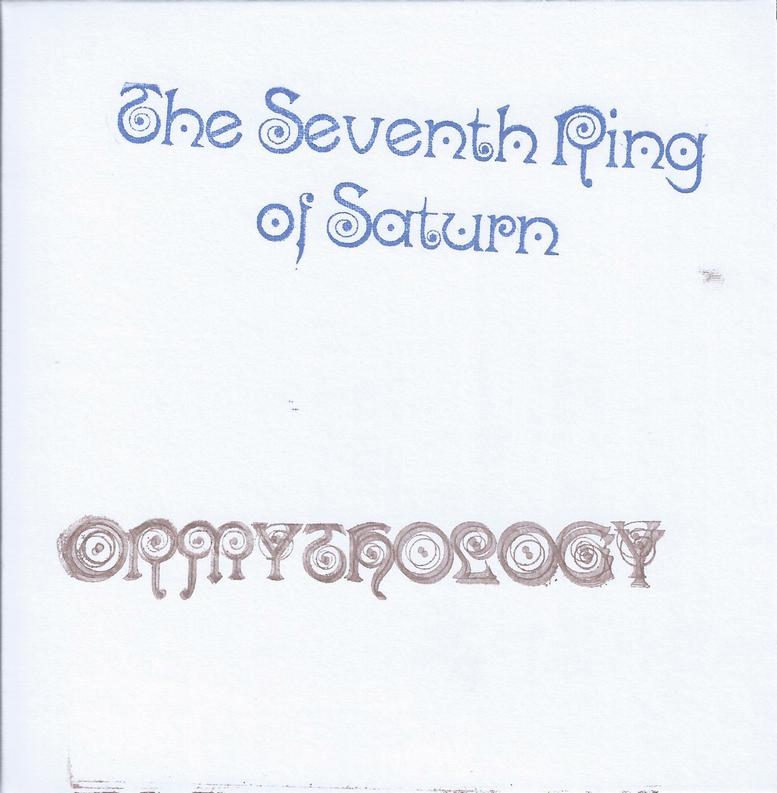 My introduction to the music of Atlanta, Georgia based Psych rockers The Seventh Ring Of Saturn (TSROS) was through several excellent contributions to Fruits de Mer Records compilations, doing covers of The Grateful Dead, The Hollies, The Beatles, The Pretty Things, and more.

Ormythology consists of 8 songs and not quite 30 minutes in length. Two of the tunes are originals. Burning A Hole brings to mind a cross between 60s Pop-Psych and Porcupine Tree. It’s got chunky rocking but slightly jangly guitars, but also a ripping acidic quality and spacey electronic effects, AND the kind of melodic hook that makes the first listen sound like you’ve known the song all your life. Time To Fly is an equally strong, rough and tumble but fun Acid-Garage-Pop rocker.

The remainder of the set is an intriguing variety of a covers. TSROS do a Psych rocking, space efx’d rendition of Faces, which was a fuzzed out rocker by mid-60s band T.C. Atlantic. They’re faithful to the spirit of the original on Spaceman, originally recorded by early 70s Danish Hard-Psych Rock band Hurdy Gurdy.

TSROS go all Greko-Turkish on their bad selves for the remaining 4 songs. They inject a space-fuzzed garage feel into Teli Teli Teli, an instrumental version of the Greek trad./Pop song by composer Manos Loizos. I think Karli Daglar might be a traditional Turkish song but the great guitarist Erkin Koray recorded a version which may have been TSROS’s inspiration for their melodic guitar solo led instrumental with bubbling electronic effects. Ditto for Yedikule and Uzun Ince Bir Yoldayim. The latter has a killer ripping solo that gives the music a Black Sun Ensemble meets the Bevis Frond feel.

These guys do a great job with covers and keep bringing them on I say. But I’ll offer some feedback to the band and say that on the strength of the two Ted Selke penned songs I’d love to hear more originals. Really guys, those are good.

For more information visit The Seventh Ring Of Saturn web site at: http://tsros.com
The CD is currently available at Amazon (CLICK HERE)
The LP is projected to be available early June and will be pressed on glow in the dark vinyl. Pre-orders are being taken by Shiny Beast in Holland (CLICK HERE).
Everyone else keep your eyes on the TSROS web site.