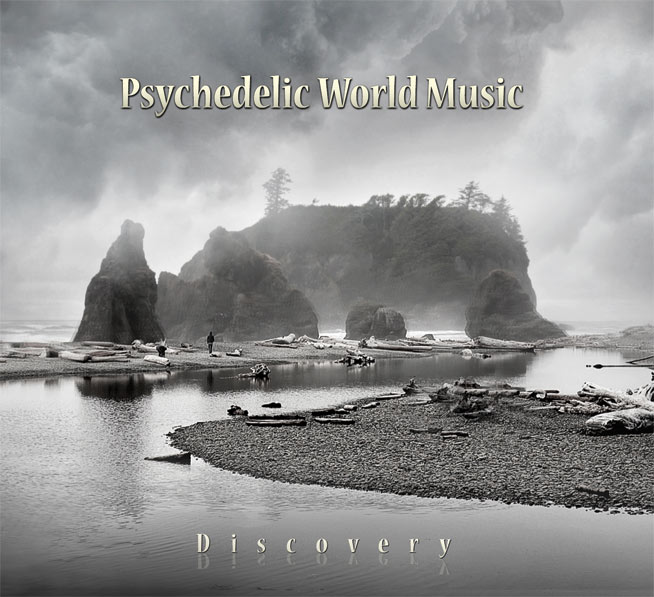 In 2011 Trail Records released Tripwave: A Retrospective Collection of Russian Psychedelic Progressive Music, a collection of Russian bands that represented a stylistic gamut of the Psych and Prog map. Now they’ve expanded their scope with an impressive global collection of bands from Germany, UK, US, Belarus, Armenia, Russia, Italy, Belgium, and China. Of the 9 entries, 6 are previously unreleased tracks. Here’s the rundown…

Cosmic Vibration are a German band who incorporate a combination of influences. It’s starts off with Indian influenced vocals and a world music groove, then goes into a spaced out Pink Floyd-ish instrumental, and even a brief heavier rocking Hawkwind sounding bit, and then wrapping up the song by returning to the opening world music theme but rocking out harder. This is a band I’d like to hear more from.

Triptych are from the UK and their contribution is a cool grooving brand of funk-psych infused ethnic music with a hypnotic guitar lead and keys. About halfway through there’s a brief spoken word bit, followed by a more overtly Eastern influenced segment, and then returning to the opening theme. Another very cool tune from a band that rates further investigation.

The Misteriosos are an interesting choice for the US entry on this compilation. I really enjoyed their self-titled CD from 2005, which as far as I can tell was their only release and their old web site is dead now. So if they’re still active I can’t tell. Regardless, the 9 minute The Sun from that album is included here and features cosmically trippy psychedelia with haunting female vocals and lots of instrumental workouts. Actually this track was a bit different from the rest of the Misteriosos album and only the organ hints at the 60s garage and pop-psych style that I recall having characterized many of the other songs.

Mouches A L’Orange are from Belarus and their contribution is from a live performance. The band alternate between freeform 70s styled heavy rock with a psychedelic edge and more ambient exploratory passages. The guitar dominates but there’s also organ and saxophone. Pretty decent but not one of the more exciting tracks of the set, though I must say I can’t recall having heard a band from Belarus before.

Deti Picasso are a Moscow based Aremenian band who play a rocking brand of Progressive Rock. The arrangements are complex yet accessible, with a good female singer and varied instrumentation. They had a track on the Tripwave compilation too.

Grey Mouse are from Russia and I liked them right from the beginning when they combined sitar (or some sitar-like sound) with a jamming guitar that reminded me of Stefan from Colour Haze. This is primarily 70s influenced hard psych rock, though Grey Mouse distinguish themselves with that cool sitar-guitar combination, and the female chanting vocals add a bewitching quality to the music.

Plootoh are an Italian band whose entry is an easy-paced instrumental with a distinctly Dave Gilmour Bluesy styled guitar. It’s very peaceful and I easily floated along with the music. Not a standout of the set but probably a band I need to hear more from to get a feel for what they are about.

The Narcotic Daffodils are a Belgian band who play ethnic influenced psychedelia. This 9 minute track is another that combines sitar and electric guitar, a great pairing indeed. In this case the sitar plays a more supporting role for what is a spacey heavy psych jam. There are a number of thematic twists and turns, and in one quieter section the guitar goes from Hendrix to totally spaced out, plus we’re treated to atmospheric organ and female space-whisper vocals. Very cool and another band I want to hear more from.

Finally, Zhaoze are the Chinese band, and China is another country that I don’t recall hearing many space/psych/prog bands from. The music starts with a stringed instrument, which might be a guitar but sounds like something else, playing a slow melodic lead, backed by atmospheric keys. Things build up a bit and then explode into a sort of ethnic sounding Shoegaze wall of guitar sound. But the explosion doesn’t last, as the band settle into a beautiful cosmic and gorgeously melodic groove. Very nice and I’d like to hear more from Zhaoze.

In summary, this is a really impressive collection of music from around the world. My only complaint is that there is NO information about any of the bands. A compilation like this should at least include web site links for the bands, and, ideally, an insert with more info. That said, I have to add that between this and last year’s Tripwave CD, Trail Records are releasing some of the most interesting compilations I’ve heard in a long time.

For more information you can visit the Trail Records web site at: http://www.trailrecords.net