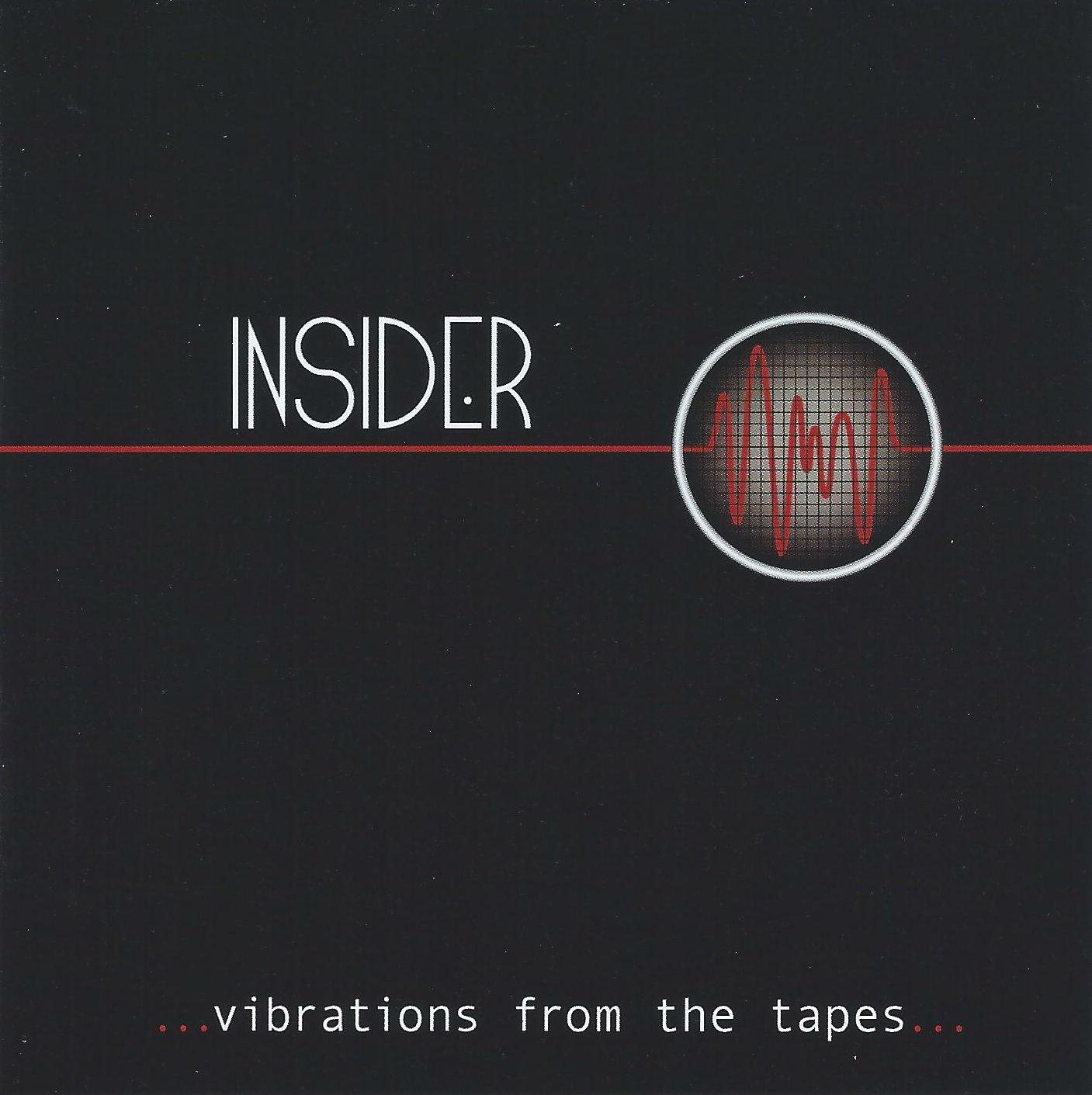 I’ve long enjoyed Italian band Insider’s last albums – Jammin’ For Smiling God and Simple Water Drops. Both were killer sets of ultra-heavy space rock and space infused stoner rock and metal. But Simple Water Drops came out in 2005 and I’d heard nothing since so I figured that was it for the band. Bassist Piero Ranalli has been busy since then with the prog band Areknames and released several CDs of his solo kraut/psych/prog project Unimother 27.

And now, courtesy of Phonosphera Records, we’ve got Vibrations From The Tapes, with the trio of Piero on bass, brother Marco Ranalli on guitars and effects, and Stefano Di Rito on drums. But this is very different from the last albums, which were a combination of composed pieces with vocals and instrumental segments. Vibrations From The Tapes features nearly 80 minutes of pure improvisation.

The set opens with the 22 minute Your Brainticket. Piero and Stefano set an easy-paced rhythmic foundation over which Marco jams. His guitar sails away playing steady melodic psych leads, edgy acidic runs, and free-wheeling rock leads. Sometimes I hear a Dave Gilmour flavor and near the end Marco briefly goes into Hendrix mode. He continually shifts gears and it all flows seamlessly. We’re also treated to tasty meteor shower alien electronics which embellish things nicely. This is followed by Killing Boredom, an aggressive rock ‘n roller which at only 3 minutes seems a little out of place amongst the lengthy behemoths that accompany it. The appropriately titled Raga In The Sky is next and has a drugged dervish-like rhythmic pulse over which Marco plays trippy Eastern slathered leads. I like how Piero’s bass patterns contrast with the drumming, so that each musician is operating in his own space, yet it all gels together perfectly into a lysergically whigged out heavy rocking whole.

You like improv that takes off and explores and doesn’t ever want to stop? First Steps is the monster track of the set, clocking in at a whopping 27+ minutes. It starts off slow, like a psychedelic band waking up in the morning. The bass melody leads the way while Marco plays mind-bending ambient guitar leads. The pace gradually accelerates and I start thinking of Robert Fripp doing his soundscape thing with a space rock band. But eventually the band settles into a steady groove as Marco jams away in various styles, similar to what we heard on Your Brainticket, though he goes far deeper into space on this one. Dark Age is the closing track and starts off similar to First Steps, with a slow rhythmic pulse and ambient guitar leads. But Marco quickly transitions to a spaced out melodic rocking style, cranking out winding and near screaming licks, really ripping it up at times, and all the while the bass and drums are following along at a reserved pace. Then for the final minutes the entire band goes into aggressive mode, finishing on a completely stoned note like Black Sabbath gone totally acid freakout.

In summary, Vibrations From The Tapes is exactly what it’s trying to be – damn good stretched out spacey psychedelic improvisation. The music was recorded live with two microphones, and you do get that raw live feel. I thoroughly enjoyed it. BUT… what I REALLY want is a full blown new Insider studio album! Note that the CD is limited to 200 copies.

For more information you can visit the Phonosphera Records web site at: http://www.phonosphera.com