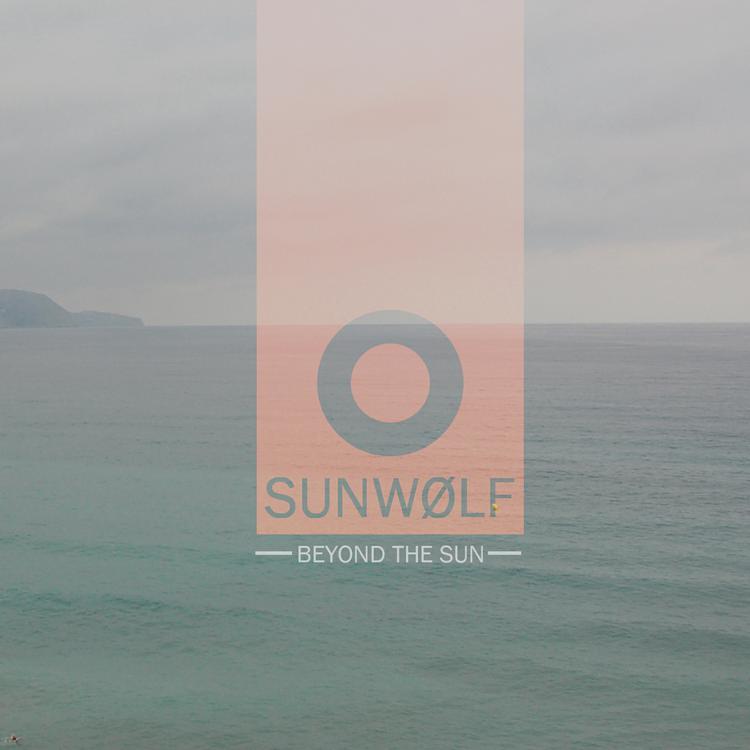 Sunwolf are a post rock band, of sorts, comprising a drummer and guitarist. The band hail from Leeds in West Yorkshire which has, in previous times, given us the brooding goth of The Sisters of Mercy, the uncompromisingly grinding funk of Gang of Four and those great bastions of unreconstructed lad culture; The Kaiser Chiefs. I say that Sunwolf are a post rock band of sorts because they also cite their music as being ambient, progressive and stoner. I would probably categorise their music as originating in the same camp as Neil Young’s Dead Man soundtrack; a special kind of selfless guitar music that worships and renounces rock and roll in a single sweeping gesture.

Track one, Genesis, opens with buzzing guitar lines that loop and layer to create a constant velutinous soundscape.. A fairly simple but sombre guitar line is played over the top. Musically this is very similar to the works of the band Earth circa Angels of Darkness, Demons of Light I, where simple and clean guitar lines are coupled with phenomenally slow drum work to create a vast landscape of music. Whilst not the easiest of listens, this music is evocative and seems to carry a great emotional weight. In my opinion music of this nature is always a little unfinished, needing either bonafide visuals or slightly more structure to truely work. Neil Young had the visuals of Dead Man to work with, and this similarily empty guitar work somehow cries out for a storyline of similar pathos to complete the picture.

Track two follows a near identical pattern; ambient buzzing guitar lines, clean (neck pickup on some obscure ’70s Fender guitar, no doubt) guitar work of a brooding and intense nature and slow drum patterns. What is interesting is just how processed the drums of Sunwolf tracks are. Whilst the guitars sound organic and are typically saturated in reverb, the drums have a dry but distant quality that makes them sound boxy and cloying in contrast with the sheer range of the guitar parts.

Morose Land would perhaps indicate, from the title alone, another dense mining of Dylan Carlson’s psyche, so comes as a shock when a fairly standard rock tune leaps out the gate. Like the inclusion of the constantly unfolding track Talahassee on Earth’s Pentastar: In the Style of Demons, this simple and circular rock track seems weird precisely because it follows such a straight and grooveless meter and varies little from the script. It isn’t drone rock, yet the music has a dervish repetition. The next track, Beyond the Sun, still sounds very much like Earth and could even be mistaken for non-album Sunn Amps and Smashed Guitars-era track as a hand a handful of Iommi riffs (and tasty riffs at that) are coupled with an almost machine-made drum pattern. This track again feels slightly unfinished (or perhaps needing a bass line?) as the heavy guitar parts don’t seem underpinned by heavier earthworks. However it could be argued that the heaviness of the track is achieved through this slightly dehumanised and unfinished sound.

The final tracks return again to melancholia of the first tracks. Perhaps here the influence sways more towards the God Is An Astronaut, Godspeed! You Black Emperor and Mogwai camp. Free from the limitations of the blues this genre perhaps becomes a little too morose, and self congratulatory, for my own personal tastes, though it is easy to admire the determination by which these bands exit the long path of blues-orientated music to find new musical landscapes. Sunwolf appear to accurately tap into this genre, perhaps by way of the sometimes bleak and sometimes industrial landscapes of their own surrounding countryside. Whilst some slightly more adventurous or fulfilling instrumentation would not have gone a miss, the hammond organ and lap steel guitar of Time Stands Still provides a tantalising glimpse of richer orchestrations. This music is bleak in many ways, but beautifully delicately constructed.

For more information visit the Sunwolf web site at: http://sunwolfuk.tumblr.com