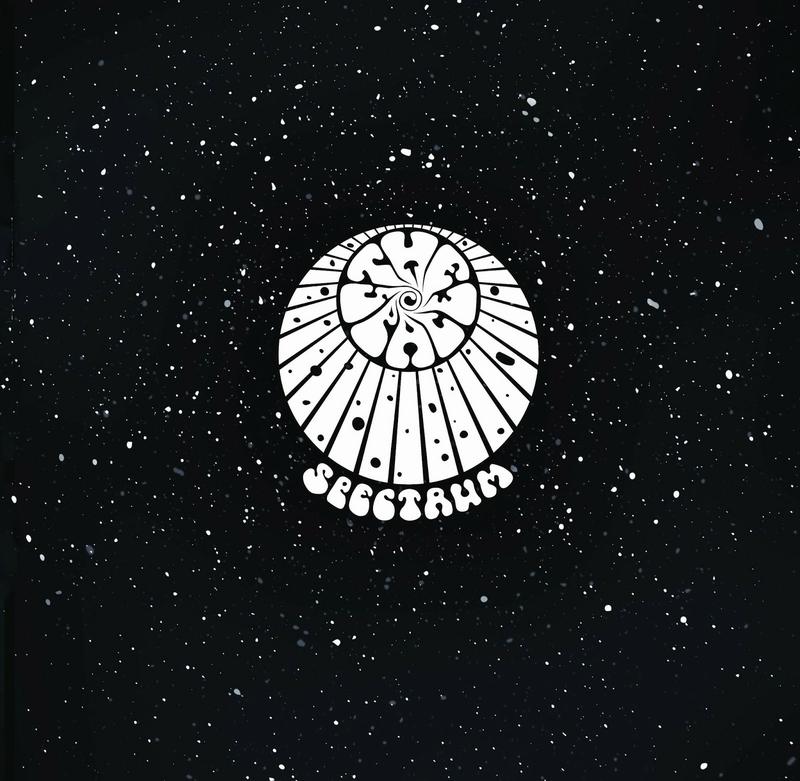 The Space Spectrum began life as the solo project of German guitarist Nico Seel. Seel released several albums on Bandcamp, and with the new album, The Red Eyed Queen, he has added additional musicians on drums, synths and electronics. The LP has been released in an edition of 350 copies, 150 colored and 200 black. (The colored edition clear vinyl was chosen by the band as homage to Faust’s debut album.)

Can you say Space Rock epic? The Red Eyed Queen is a continuous piece that floats across two LP sides and bears out Seel’s description of his music as Space/Drone/Psych/Kraut. The music is cosmically meditative, darkly but deliciously intense, and takes its sweet time to develop slowly but assuredly. There’s a beginning and an end to The Red Eyed Queen, but it’s the 36 minute magic carpet ride in between that counts, a sweeping Psychedelic symphony of acidic, bubbling, shimmering guitars. As Part I found its groove the music brought to mind a darker, edgier Lamp Of The Universe. But as the piece progressed I envision a stoned, cosmic Spacious Mind. The vibe is stately in the way the bass and drums pound out their thunderous march, ringed by cavernous droning atmospherics, hypnotic synths, and the ever evolving spaced out trip guitar. It’s all about the RIDE!

For more information visit the Cosmic Eye Records web site at: http://cosmiceyerecords.blogspot.com
The e-shop is at: http://www.musicbazz.com/products
You can stream and download all The Space Spectrum albums at: http://thespacespectrum.bandcamp.com