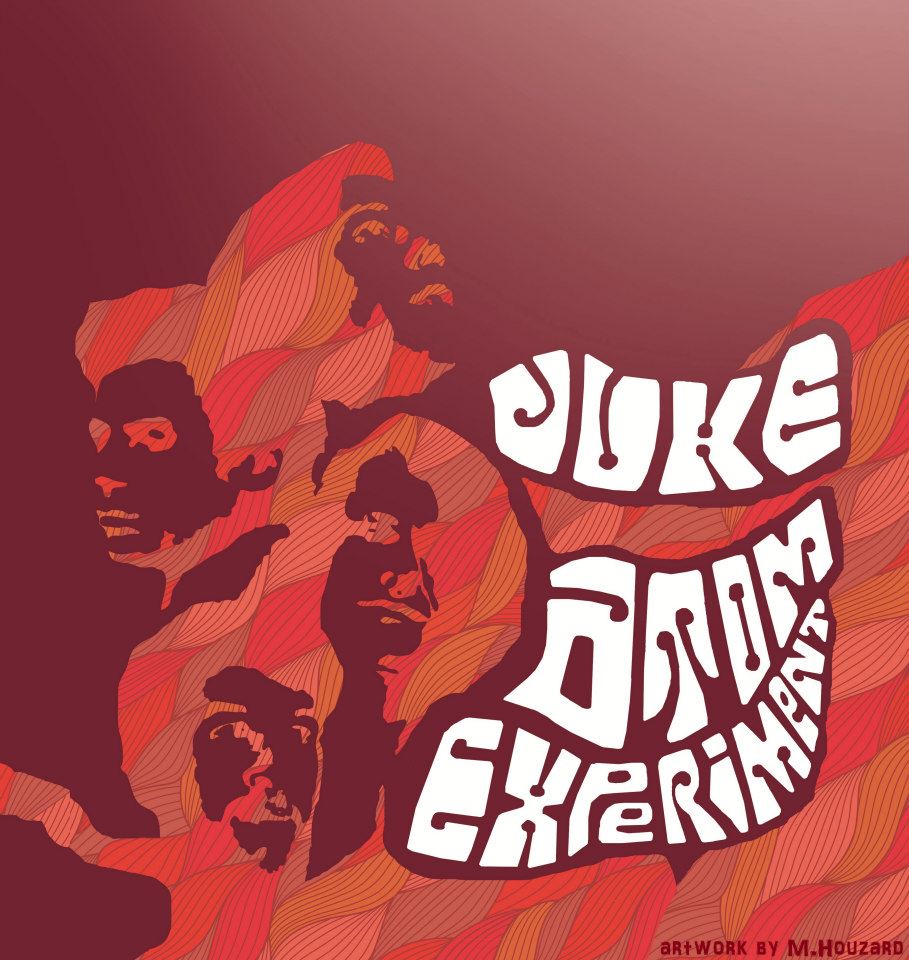 Juke are the French quartet of Kévin Toussaint on vocals and guitar, Lancelot Carré on drums and percussion, Quentin Rousseau on keyboards and FX, and Théo Ladouce on bass. Atom Experiment is their first album and is nearly 50 minute long, though its referred to as an EP.

Sphere is the opening track and starts off as an ambient World Music jazzy instrumental with a pleasant keyboard, acoustic guitar, electric guitar and percussion sound. Vocals join in about halfway through and next thing I know I’m swept into a dreamily lulling song that brought to mind a Prog-like Pink Floyd. The dreamy vibe continues on Wave, though we’re far deeper in space, with trippy guitar leads, strumming acoustic guitar, and alien electronic effects. After a while the band really start to rock out and, again, it makes me think of an accessible and beautifully melodic Space-Prog take on Pink Floyd. But don’t get too hung up on the Floyd reference because Juke really are in their own world. Ditto for White Elephant, which takes off into psychedelically dreamy space, being a mesmerizing and graceful song with a strong early 70s Prog-Psych feel.

But the highlight of the set is the epic 28 minute Black Magic. The music starts off very similar to the opening riff of Dark Side Of The Moon, but quickly veers off into a rapidly changing succession of themes, from majestic rocking Prog-Psych to intense concert pianist in acidic swirling space. Then at the 6 minute mark the band settle into a rolling groove as the guitar spits out intense spaced out leads, the piano plays on, and then BANG… we’re rocking in 70s inspired cosmic Prog heaven. But nothing stays the same for very long because soon we’re back in a ballet-like piano driven and beautifully melodic section, and when the guitar joins in I’m reminded of early Camel. At the 11 minute mark we find ourselves in funky Pink Floyd meets 70s Jazz-Fusion territory. And on we go, continually transitioning through a cavalcade of 70s influenced Progressive Rock and Psychedelic themes, most of which are heavily dosed with a spacey edge. Damn good stuff. This album was released in 2012 so I really hope these guys are working on new music.

To stream, download and order the CD visit: http://jukeband.bandcamp.com