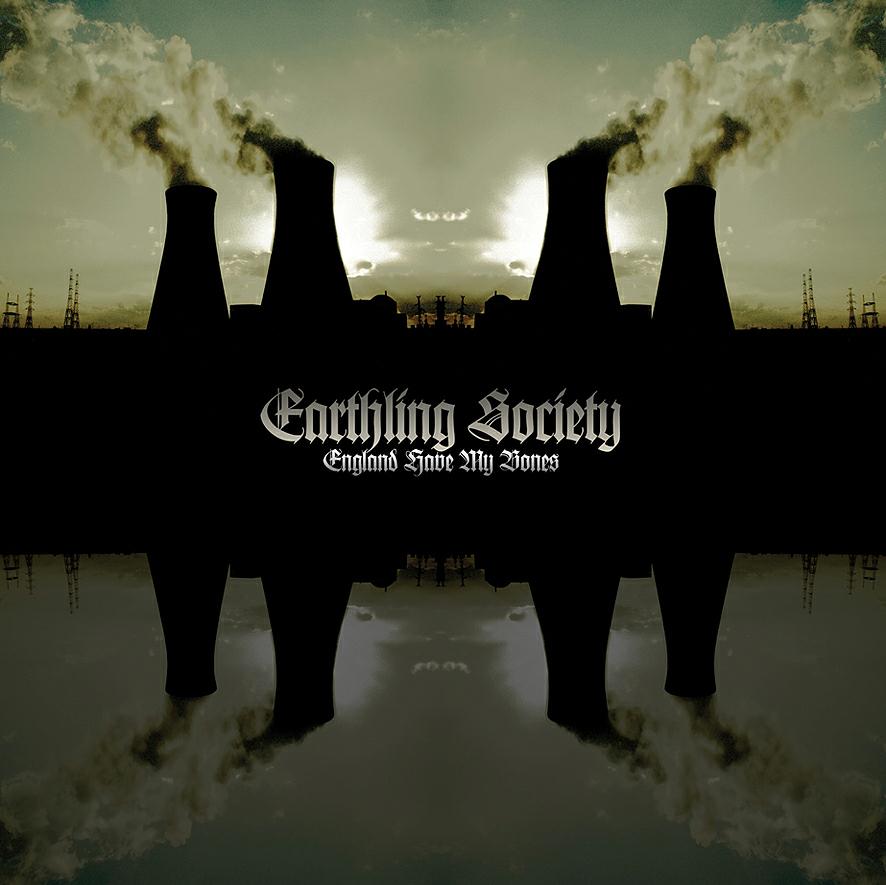 Earthling Society celebrates their tenth anniversary with yet another winner, England Have My Bones, available in LP, cassette and download editions on the Riot Season label.

The album opens with Aiwass, which begins as an Eastern influenced, mind-bendingly grooving stroll through the Space-Psych bazaars of the ancients, with slowly weaving drones, sitar-ish strings and ethnic percussion. The music jams quietly yet intensely for a few minutes before exploding into a Psychedelically volcanic burst of densely rocking waves that pour into the listener like a sonic hurricane, and ending with a 2 minute acid guitar freakout. Tortuga follows and is a steady paced but thunderous rocking Psychedelic groove tune that is just as acid drenched as it is gently melodic. There’s a lot happening on this song, with swirling acidic waves, tenderly rolling drones, lots of freaky effects, vocals, and a whimsical carnival-esque finale.

Earthling Society reveal more of their influences with a killer cover of Alice Coltrane’s Journey In Satchindananda, a marvel of Psychedelic infused Jazz when it was released in 1970. The band open their homage with the same sitar-like drone as the original, but this is quickly overcome by some seriously mind-fucked acid guitar. The band maintains the same slow melodic riff, pace and jazzy feel as Coltrane, but take it into heavy Psychedelic Space Rock territory. The bass and drums continually recall the original, but the guitar and alien effects are busting out in space, stretching Coltrane’s 7 minutes into a monstrous 15 minutes of cosmically acidic, high intensity ROCK. This is my idea of lovingly and creatively reinterpreting someone’s music. Finally, the title track starts off as a keyboard and machine shop freakout that’s like Sun Ra gone Industrial, before quite startlingly shifting to a sedately drifting bit of ethereal acoustic and sound experimental Psych.