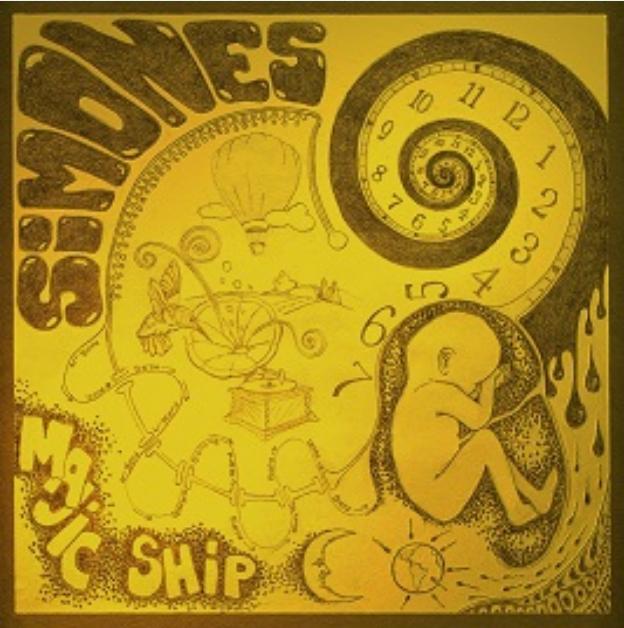 Al Simones is a NE Ohio based musician who privately released 4 LPs on his own Purple Phrogg label between 1992-2009 (Purple Phrogg was also a record store Simones owned for 22 years). Simones has been described as the U.S. answer to The Bevis Frond, a fair analogy given his penchant for both acid minstrel songs and dirty tripped out psych jams. I’ve heard three of the four albums and they have a homemade lo-fi charm, though they’re well recorded and chock full of fun effects and Simones flies his freak flag HIGH.

In 2012 Headspin released a box set of the 4 reissued LPs and through them Fruits de Mer Keith contacted Simones about producing this single. Both songs are from Simones’ 1999 released Balloon Ride LP. Majic Ship is a raw psychedelic rocker that alternates between trippy melodic song and absolutely ripping acid-psych guitar solos, though we’ve also got peacefully pleasant acoustic solos. Seize the Moment is equally trippy and psyched out, with phased guitar and killer molten lava acid laced solos. Very cool and without a doubt will appeal to Frond fans. Simones is definitely an artist deserving of more widespread attention.

The single will be available late September, and as usual this is vinyl ONLY, no CDs or downloads. If interested you better hurry because Fruits de Mer releases sell out QUICK!