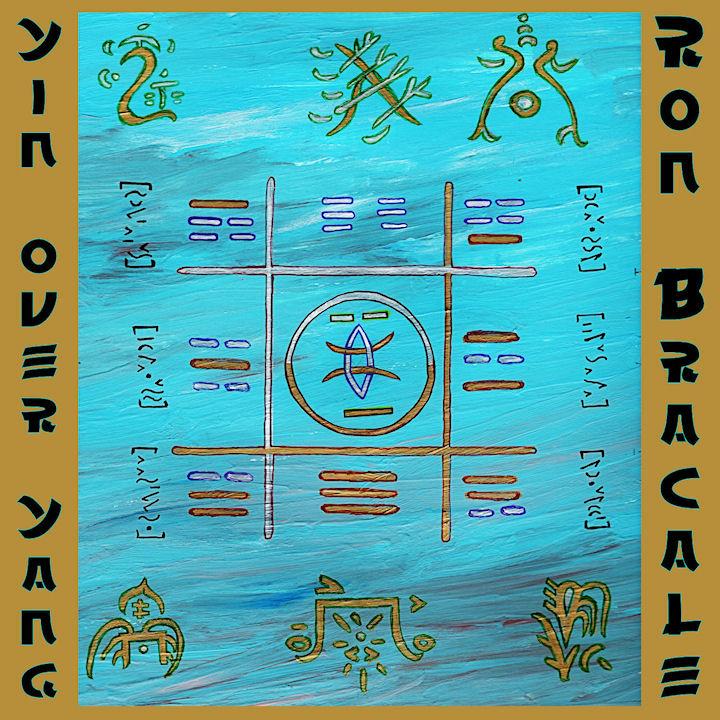 Cleveland, Ohio based flute and synth shaman Ron Bracale returns with 11 new instrumental “Bamboo Shakuhachi flute dancing with nature within synthesizer soundscapes” tracks intended to bring us peace and energize our inner essence of being.

As I described in my review of last year’s Entangled Spaces album, there is a New Age aspect to this music, but Bracale transcends the fluff that is often justifiably associated with the New Age tag by injecting interesting World Music, spaced out electronic and sound sample elements. Throughout Yin Over Yang, Bracale combines flute leads, darkly droning/phased/bubbling synth work and the sounds of nature to create a marriage of transcendent inspiration and freaky alien exploration. The marked contrast between the flute and nature vs. electronic elements are the principle theme throughout and what makes this music continually interesting and pleasant for me. Some of the effects would be just as much at home on a Hawkwind album. It’s like a Pied Piper medicine man leading the way as a gurgling miasma of space electronics and sitar-ish drones follow slavishly along. Cool stuff.