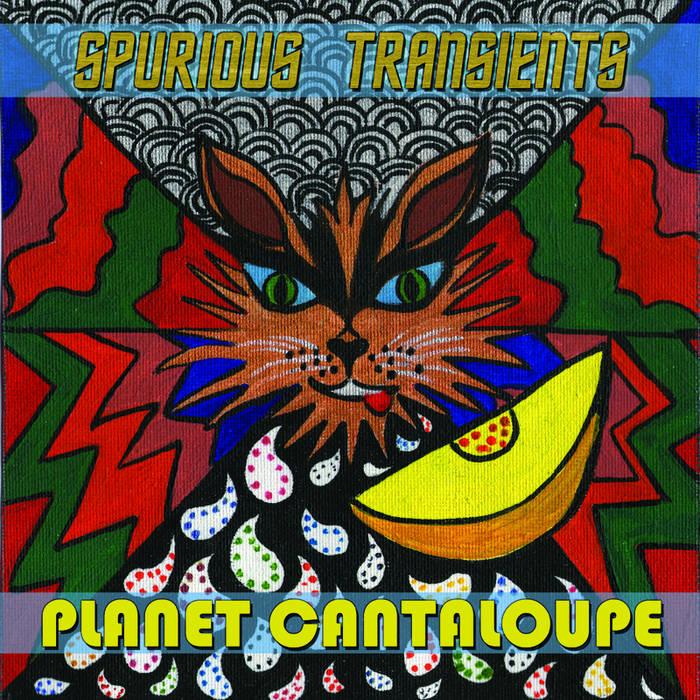 Welsh multi-instrumentalist Gavin Lloyd Wilson follows up last year’s Portraits Of A Landscape album with a new 3 song EP to be released in July to coincide with Spurious Transients’ appearance at the 13th Dream Of Doctor Sardonicus Festival Of Psychedelia, hosted jointly by Fruits de Mer Records and Sendelica in Cardigan, Ceredigion, Wales on August 7th.

Planet Cantaloupe is a new song recorded by an expanded sextet Spurious Transients lineup of guitar, bass, electronics, drums, saxophone, sitar and tanpura. After a drifty Ambient-Psychedelic-Jazz intro the music breaks into a cool grooving Jazz jam that’s led by the horns, but we’ve also good freeform soloing guitars, an underlying sitar drone wave, a strange soundscape stream of static, free-wheeling percussion to augment the steady drumming, and a general Ambient-Psychedelic vibe. We’re also treated to Planet Cantaloupe (Reprise), which gives the song the ultra-spaced out electronic treatment. Gitarau Cosmig is an older unreleased song recorded during the Portraits Of A Landscape sessions by the duo of Wilson and Luke Boardman on drums. It’s a cool and strange combination of phased, droning, snaking electronics and lazy grooving acoustic based Psychedelia that sounds like it might be emanating from the mountains of Appalachia. Nice stuff and I sure hope Wilson is planning a new album with the Psych-Jazz lineup of the band.