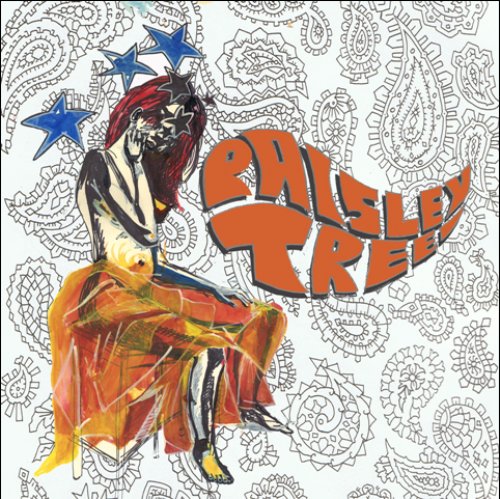 Paisley Tree are a new German quartet consisting of Magic Petra on vocals and Bluesharp, Tobias Reinhardt on guitar, David Forrester on bass, and Christian Jager on drums. The album came to me via Jager who is also the drummer in Space Debris.

Like Space Debris, Paisley Tree are heavily 70s influenced but quite different, being more of a Psychedelic and, at times, even Punk influenced Hard Rock band. The music is very song oriented, with tracks being mostly in the 4-5 minute range, so any sense of jamming occurs within the context of tightly controlled instrumental fills, though this still affords the musicians plenty of opportunities to show their chops. This is guitar/bass/drums heavy rock with well composed songs and Petra is an energetic singer who blows a mean Blues harp.

Paisley Tree come roaring full bore out of the starting gate with Cosmic Flow, which zig zags between speedy thrash, Clash-like Punk rhythms, and Acid-Psych Hard Rock with wah’d guitar and Blues harmonica. Mystical Journey combines cool grooving funky Psych inflected Hard Rock with hip shakin’ Blues swagger, good time Rock ‘n’ Roll and catchy melodic riffs. Silent Darkness features melodic Stoner infused Hard Psych Rock with a cool acid stinging guitar solo and brief wailing harmonica. At nearly 7 minutes, Ramblings is the longest song of the set, being a chunky Metal tinged Rock ‘n’ Roll tune with a Stoner-Blues-Psych wrapper and a sense of acid laced cosmic drift. The main guitar riff on Shadow World reminds me of a Van Halen song, but the overall vibe is a nicely melodic Hard Rock number. Far Away has a melodic air of Country-Folk about it, though never strays too far from the band’s heavier rocking core, especially during the harmonica led dirty Blues segment. Colour Trip is a blend of fist pumping rousing rocker, funky dancey groove rocker and blazing Acid-Thrash Rock ‘n’ Roll. Sunflower Punk is a funky combination of Hard Psych Rock and something we might have heard on an old Rare Earth album. Killer guitar solo. And rounding out the set is a cool cover of the Pretty Things song Cries From The Midnight Circus, which features Tobias yet again taking off on guitar.

In summary, Paisley Tree serve up a set of well written songs, and play as a tight unit while managing to keep things sufficiently loose within their short and to the point compositions. A solid set of accessible and catchy heavy song oriented Psych, Blues and Rock ‘n’ Rolling Hard Rock.

Distribution for the CD and LP is through Green Brain at: http://green-brain-krautrock.de
Hear song samples at: https://soundcloud.com/paisleytree
Connect with Paisley Tree on Facebook at: https://www.facebook.com/Paisleytreeband 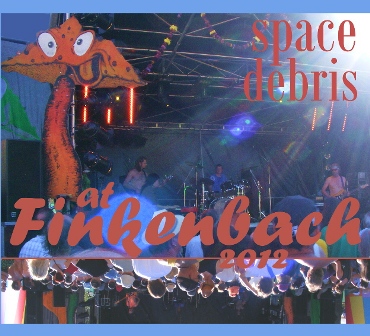 The latest from German Hard Rock/Prog/Psych/Krautrock improv ensemble Space Debris is a live document of their performance at the 2012 Finkenbach festival. The CD consists of six tracks, ranging from 8-20 minutes, of their proudly retro 70s styled jams.

The members of Space Debris are totally in sync with one another, making for a nifty set of jams and lots of variety to keep things exciting throughout. And they clearly kick ass live. If you find yourself pining for the heavy sounds of the 70s, you can’t do much better. 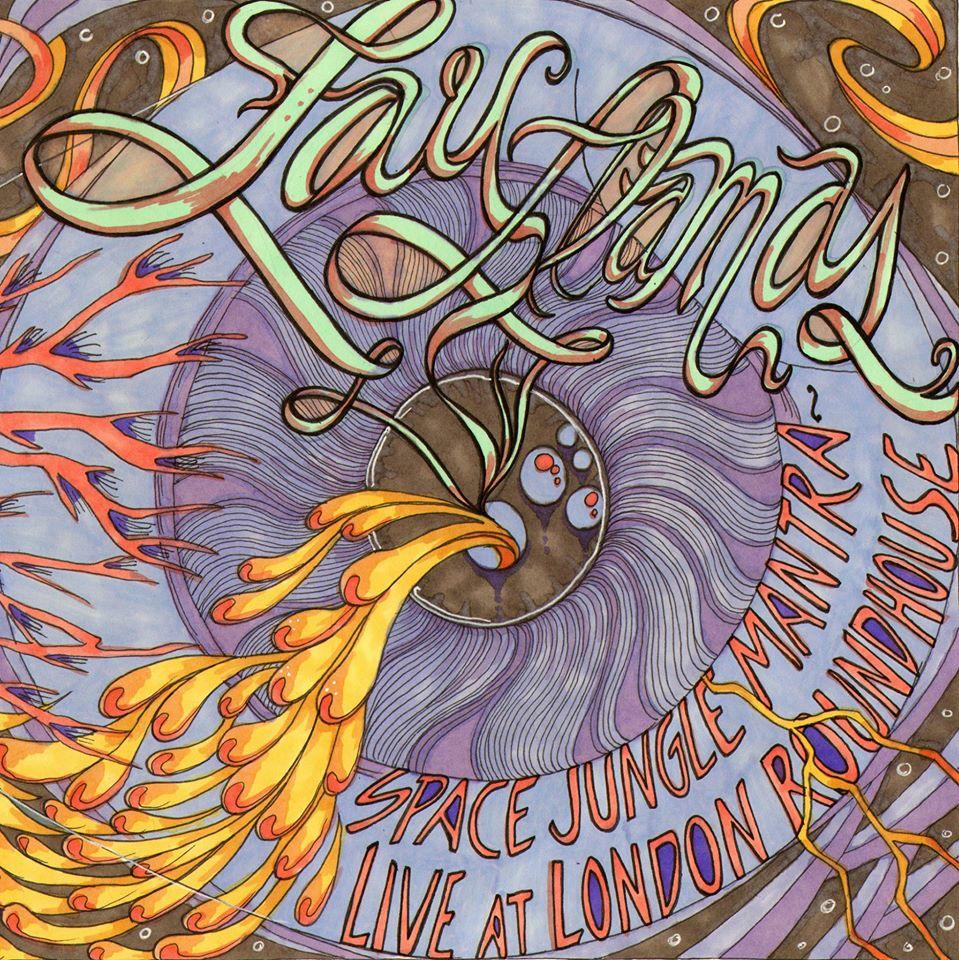 From Italy, the Lay Llamas are led by Nicola Giunta with what is apparently a fluid lineup of musicians. Their debut album, Ostro, was released last year on Rocket Recordings, though this live document of a performance at London’s Roundhouse in 2014 is my introduction to the band.

The promo sheet describes the band as “afro-funk psychonauts” and I’d say that’s pretty accurate. Overmind / Beyond The Time And The Space opens and is a 9+ minute spacey proggy introductory piece with flowing and cascading synths, flute, light guitar and slowly steady drumming. Then the music takes an aggressive turn with the angst ridden, acid rocking Archaic Revival, which sounds like Black Sun Ensemble meets 80s Post-Punk at a Psychedelic Black Mass dance party. It starts off somewhat Eastern flavored but soon develops a cool groove, and I really dig the chunky funky and blazing acid-wah’d guitar and screaming synth lines. Spiritual Expedition / Something Wrong is a tribal yet flowing Space-Trance meditation. Soon an ominous guitar starts to jam, alternating between lightly melodic and caustically acidic, along with mesmerizing alien synth lines and breathy vocal blasts. It’s only in the last couple minutes that it breaks into song, being a cool Space-Funk groove tune. The Space-Funk continues on We Are You, which once again includes elements of Black Sun Ensemble guitar and 80s Post-Punk, and I like the blend of rug cutting dance floor song and Psychedelic tribalism.

The live show being over, the album concludes with the 18 minute The Place Where We Come From Is The Place Where We’re Going To, which is described as a “prismatic remix” by Luca Giovanardi of the band Julie’s Haircut (who I recently heard doing a nifty cover of Miles Davis’ Shhh/Peaceful on the Fruits de Mer Records Side Effects box set). It’s a hypnotic spaced out jam and surreal sound collage pastiche that’s a giant mish-mash stew of funk and tribal grooves, freaked out left-right channel remix fun, seizure inducing throb patterns, and creatively stitched together elements of everything that’s come before.

In summary, the Lay Llamas play a pretty cool blend of Space-Funk and Psychedelic tribalism with elements of 80s Post-Punk. Being on the Rocket label I’d say these guys would make a cool live tour pairing with Goat. I’ll have to check out their Ostro album.