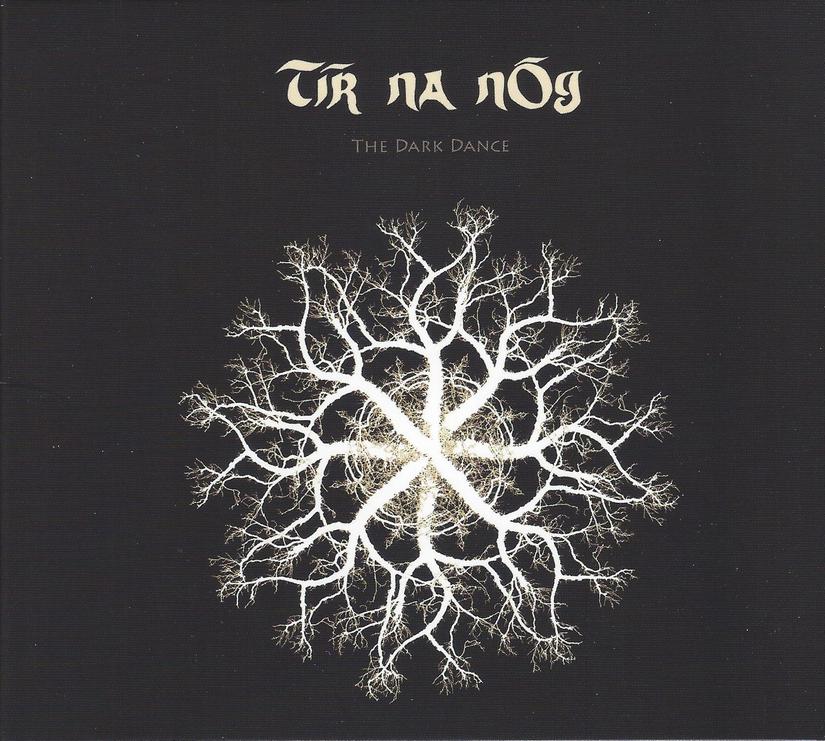 Formed in 1970 by the Irish duo of Sonny Condell and Leo O’Kelly, Tir na nOg recorded three albums for the Chrysalis label (1971-73), and then that was it for new music until a 4-song vinyl single on the Fruits de Mer Records label last year. Now, 42 years after their last full length, the duo have released the 10-song The Dark Dance.

The trademark Tir na nOg sound is that of gentle, acoustic driven Folk music, but with a mystical quality, and both Psychedelic and even Prog influences can be detected throughout. I was already acquainted with five of the songs, four of which appeared on the Fruits de Mer single and one, the Pop-Folk and Jazz flavored Andria which was a bonus for reviewers of that single. A standout from that single and included here is a cover of The Silver Apples’ I Have Known Love, which though at first may seem an odd choice for treatment by a Folk band, if you listen closely to the original you’ll hear, buried among all the strangeness, a simple and very pleasant song. Tir Na Nog zero in on that song element and make it their own.

Tir na nOg transcend a simple Folk categorization on songs like You In Yellow, on which the guitar and fiddle combination feels like the kind of magic carpet ride that is typically achieved with synths and other electric instruments. The dual vocals and harmonies on The Angelus are hypnotic and uplifting, and the fiddle dances about with leads that are as inspiring as the vocals. I love the subtle drones and single intermittent note that adds so much character to the short but concise I Pick Up Birds At Funerals. Ricochet is a spirited tune that incorporates Arabian influences and would be equally at home in both Pub and far flung Eastern souk. Sympathetic Love has an elusive theme shifting Prog complexity as well as a 60s Folk-Pop-Psych quality. Maybe it’s the vocals, but The Gangway has a Simon and Garfunkel character, though within the tender Tir na nOg Folk context. Time Is Gone is a merry feel good tune. And the title track is an instrumental with the most traditional Celtic influences of the set, though it’s underscored by an incessant drone that infuses the music with a hypnotic Pied Piper feel.

In summary, this is a beautiful set of Folk songs that has far more to offer than the Folk categorization would typically imply. I’ll repeat my comment from last year’s Fruits de Mer single that if you’re unfamiliar with these guys but are a dedicated FdM patron who enjoys Soft Hearted Scientists, then you’re sure to dig Tir na nOg. They’re more stripped down and not as “out there” as the Scientists can get, but definitely in the same general realm.

For more information visit the Tir na nOg web site at: http://www.tirnanog-progfolk.com
Note that a vinyl LP version of The Dark Dance is planned for release on Fruits de Mer Records later this year. Keep your eyes peeled to http://fruitsdemerrecords.com