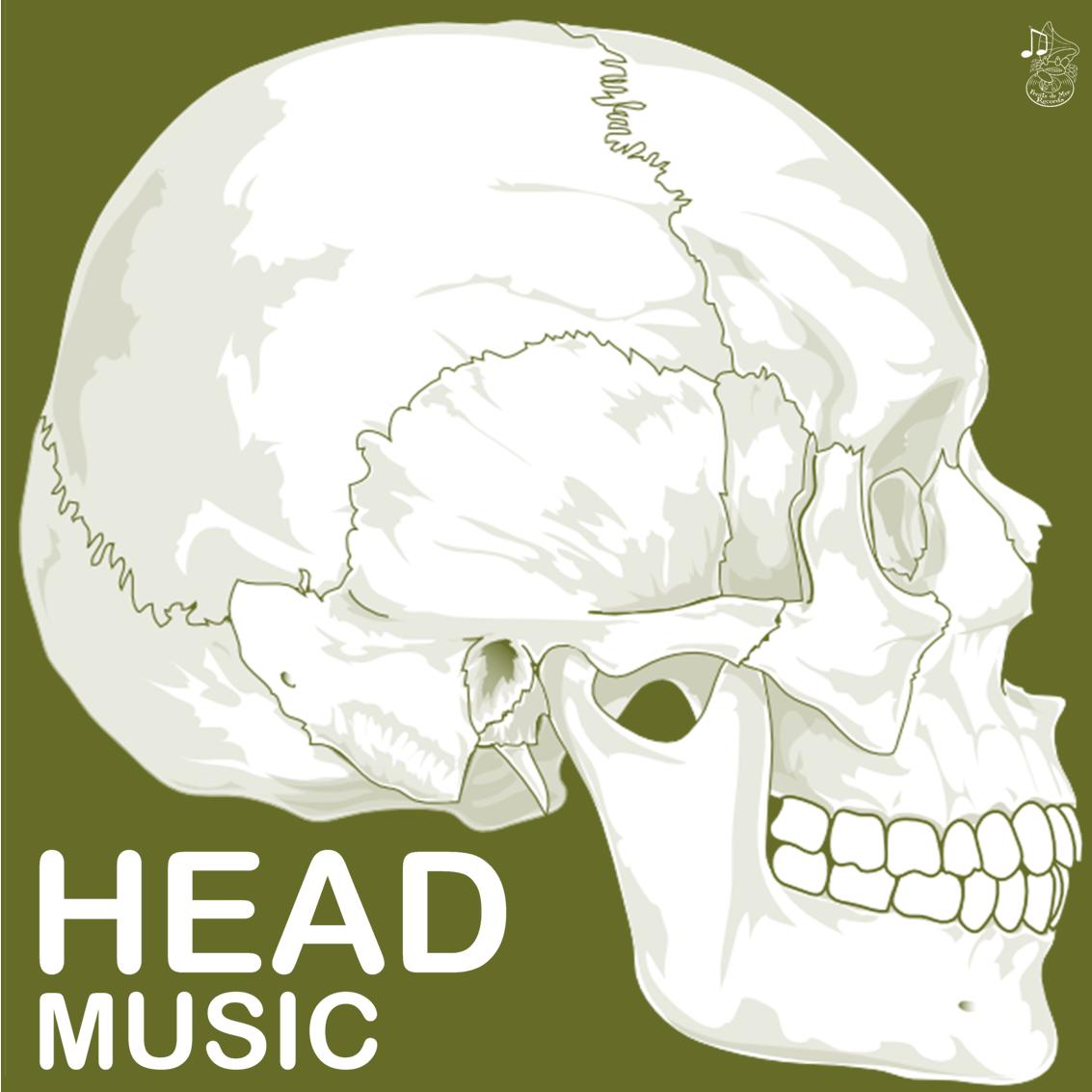 Fruits de Mer Records specialize in vinyl only releases featuring contemporary bands covering songs – many quite obscure -from the 1960s and early 1970s. Last year they released an excellent LP+7″ package – Roqueting Through Space, featuring covers of Space Rock songs from back in the day. And now, coinciding with the 40th anniversary of the launch of the Brain label is the 2-LP Head Music, featuring new interpretations of songs from the pioneering German “Krautrock” bands, both classic and obscure. This is an excellent collection and because it’s so completely in the groove with what Aural Innovations is about, I’m going to give you the rundown on all 18 tracks.

Side 1 opens with a brief but fun introduction by Eroc, who was the drummer in Grobschnitt, released albums of his own, and I’ve seen his name appear as producer for a number of contemporary bands. Johnny Vines rocks hard covering Jane’s Waterfall, It’s an excellent introductory song, being heavy PROG in all its bombastic glory. Earthling Society’s cover of Paramechanical World by Amon Düül I is a cool trippy Kosmiche excursion. Amon Düül II is among my favorite Krautrock bands, but I’ve always been ambivalent about the band the more talented ADII musicians split from and find their albums hard to revisit. But no matter, Earthling Society do a fine job and this could just as easily have been one of their own songs. And speaking of ADII, Jay Tausig does a nice cover of their Surrounded By The Stars. Electric Moon take Tangerine Dream’s side-long epic Madrigal Meridian and trim it down to a concise and totally space rocking 5 minutes. NICE! And Anla Courtis, an Argentinian musician I’d not heard of before, does an interesting noise-edged take on Kraftwerk’s Trans Europe Express.

Vibravoid open Side 2 covering a song by Kalacakra, one of many bands I would have never known if not for the Garden Of Delights reissue label. This is dark and spooky with searing, acidic drone guitar licks, classic cosmic keyboards, spaced out effects and killer demonic vocals. Palace Of Swords cover Neu!’s Lila Engel in classic motorik style. Saturn’s Ambush do a drugged, rhythmic take on Can’s I Want More. I like the combination of melodic lines and doomy bass riffs on this one. Frobisher Neck Heads South By Weaving (a collaboration between Frobisher Neck and South By Weaving) cover La Dusseldorf’s Silver Cloud. I’ve always loved this song. It’s got a simplistic melody that sticks in your head and won’t go away. Dead Sea Apes cover Kraftwerk’s Rückstob Gondoliero, a track played live on a 1971 Beat Club appearance but never released on any of their albums (but plentifully bootlegged). This definitely has that raw jamming quality the earliest Kraftwerk had, when rock guitars were part of the lineup, and that’s the spirit in which Dead Sea Apes trip along for 8 minutes. This is a luscious end to the first LP that makes me want to get the next one on QUICK.

Side 3 kicks off with Black Tempest’s take on another epic length track, doing a fine job of whittling Klaus Schulze’s Bayreuth Return, a 30 minute electronic space journey, down to under 6 minutes. Zenith: Unto The Stars faithfully recreate the haunting atmosphere of Popol Vuh’s Mantra II. Can get their second representation on the album, with Language Of Light covering Mushroom. It’s maintains the sound and spirit of the original, though it’s a little slower and uses some toy-like instrumentation and basic electronics that give it an interesting sound and feel. Neu! Is another band whose music appears twice, this time with Temple Music doing a very cool Acid-Space-Prog cover of Negativland.

Side 4 starts with Vert:x doing exactly what I would expect Vert:x to do with a cover of Harmonia’s Dino by taking the recognizable melody and rhythm of the song and turning it into heavy blistering Space Rock. NICE one Neil. Frobisher Neck make Ash Ra Tempel’s Schizo their own by turning it into a spacey electro-Prog interpretation of the tune. Electric Orange cover Arno Clauss’ Lied An Zons. Ya got me with Arno Clauss. I’ve not heard their music, but this has a kind of Amon Düül II Deutsch Nepal feel, with an Acid-Space-Kosmiche jam in the middle. Finally, Electric Sandwich’s China was a classic example of improvisational instrumental psychedelic Krautrock, and Nick Saloman gives it the Bevis Frond treatment with a KICK ASS 9-minute heavy psych jam.

WOW, what a set! At the time of this review the album isn’t out yet but I’ve got plenty of Fruits de Mer vinyl and every one of them features beautiful packaging and artwork, making them standouts in any vinyl junkies’ collection.