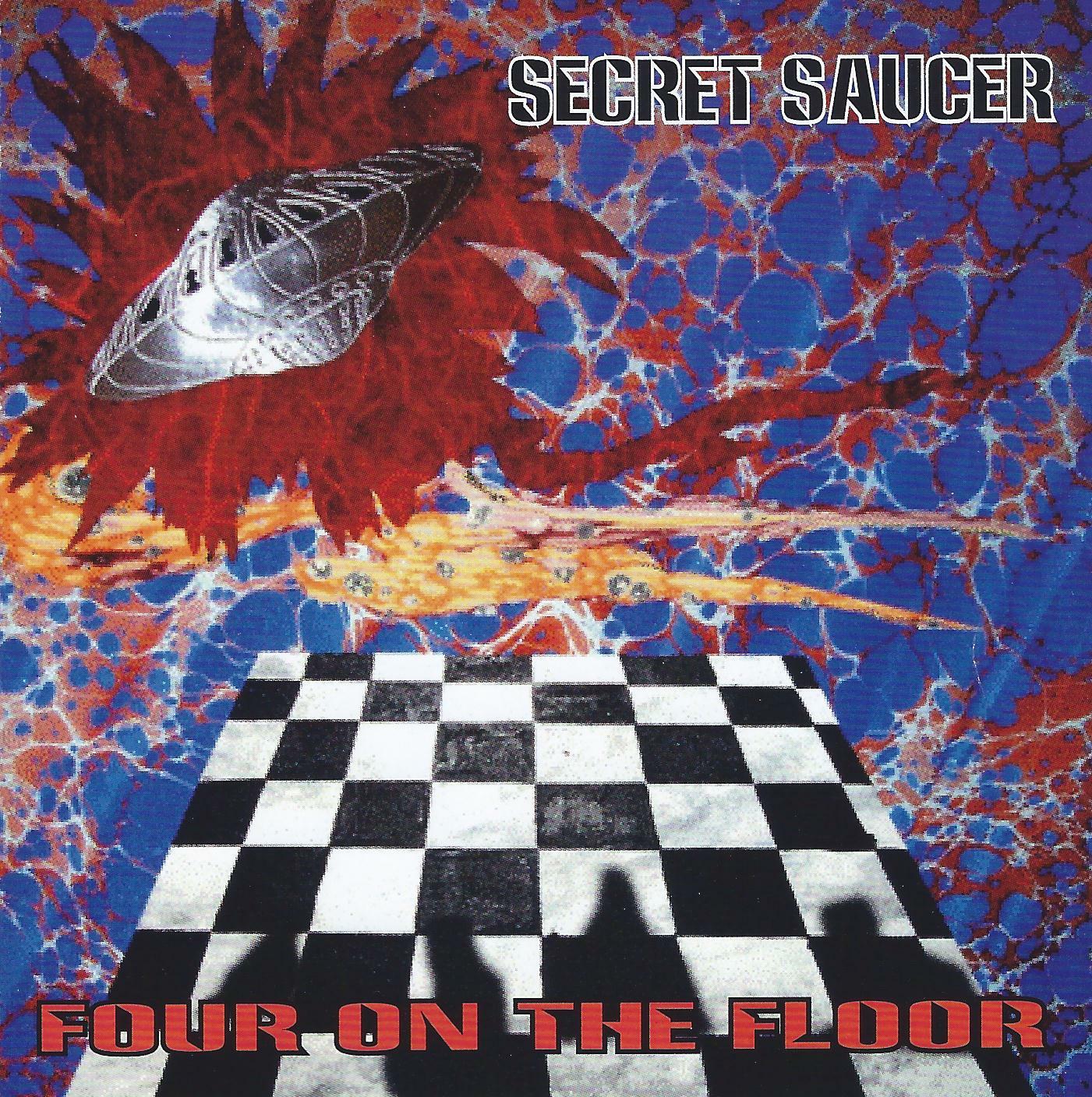 This is my first Secret Saucer album. I’d heard smatterings that I liked…apparently this album is more song-based than their previous output, but even the vocal tracks have improv dimensions, so there’s plenty of pure exploratory space/prog-rock to be had. I like the idea of the stick-shift theme as referring to music that is more improvisational (manual) than automatic, though I dunno if that’s what was intended…judging by the lyric, probably not.

Time Spent Out of Mind is a good tune, with a driving Hawkwind “Do That” type-riff but simulating Brock’s later guitar-sound, alternating with cool keyboard sequences and space-effects. It’s a pretty clean production they have, and generally I prefer when the sound is a little less polished…but a good tune is a good tune anyway…fellow Ohioan Nick Riff plays guest lead guitar on this one. Lunar Pull is a slower melodic piece with some really pretty keyboard playing, the lead guitar later takes over the roll that the keys played…really nice melodic playing…Architectural Metaphor’s Greg Kozlowski on magic axe. His playing is so agile, I wish it was a little higher in the mix here. Daedal might be my fave track, starts out with a really nice kinda Camel vibe, melodic guitar harmonics and a very ’70s-sounding space-prog keyboard sound, but morphs into the heaviest stuff of the album, a really intense, more thrashing space-rock jam, bass rumbling, with all ‘tronics and guitar-fx set on attack-mode. Awaken is a minor-key acoustic ballad that I didn’t care for as much, the vocals especially aren’t really to my taste, more like your typical ’70s melodic Prog style…but to presage the Floyd cover to come, you can faintly hear a little Barrett influence in some of the distant electric guitar sounds. The spacey keyboard playing is rather pleasant as well.

I’ve read that members of Quarkspace have been a part of SS in the past. None of their names are on the list of players here, but Celestial Spigot might indicate that they left their mark, the main beat and electric piano having a similar vibe to a lot of quarkjams. Guest Greg Klucher plays sax. I prefer the alternate bridge parts where the synths go wild. The title track runs to nearly ten minutes, and begins as a somber brooding instrumental jam, with more Floydisms, flutey keyboards, low groaning keyboard lines. I really like the drummer’s work here, nice fluid fills. I’m not nuts about the vocal, but it is brief. Aegean Bridge is mid-paced upbeat space-rock with nice round keyboard tones and bitchin’ bubbling synth arpeggios…then some more excellent keyboard sounds. This is a pretty righteous little ditty. Notch is a dark brooding electronics piece which serves as an intro for the equally dark and brooding Saucer Full of Secrets. When I first saw this title, I thought “Oh Jeez, not another Floyd cover”…but I figured SS had a right to it by name. It’s also a memorial to the somewhat recent passing of PF keyboardist Rick Wright. I dig how they mimic the freaky soundscapes of the Floyd’s live versions (as opposed to the studio one, which is “boingy-er”)…of course when the rolling drums come in, things get really good. The rest of the track of course pays proper homage to the dramatic organ-based coda, but sounds too ordinary in the context of a cover…honestly, I was never really into the Floyd’s outro, so nothing against SS. All in all, this is a solid release, and has variety.