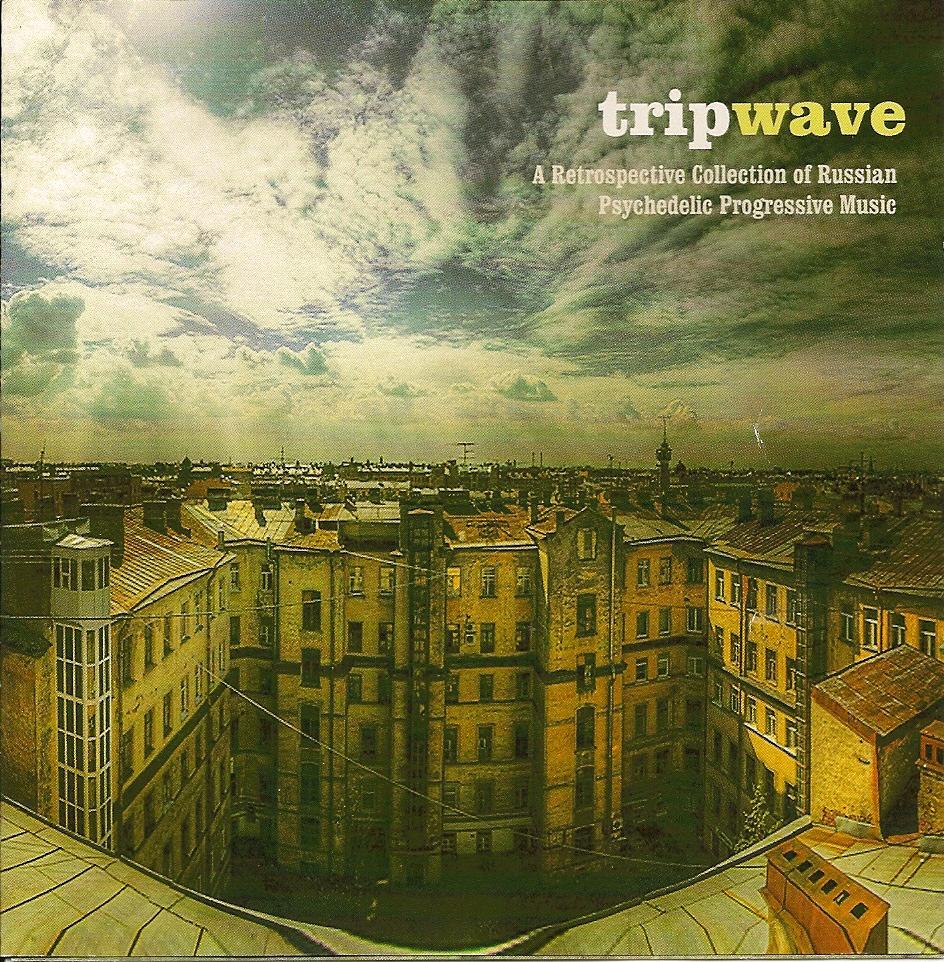 Trail Records was founded in 2007 by two artists who had the realisation that there are many musicians around the globe whose work remains largely unheard through lack of financial support and promotion. Their goal was, and remains, to release music taken from different cultural backgrounds and traditions in limited edition form, with neither mass production nor commercial gain being priorities. To this end, they have chosen to compile a retrospective of Russian psychedelic and progressive music from across the last 20-odd years, from 1989 to 2010. Few of the bands present have achieved international recognition, and most of the tracks are either previously unreleased or else remixed for the album. Not too surprisingly, all vocals are in Russian, but Tripwave have helpfully provided English translations in the CD booklet.

Trail Records have arranged their Tripwave compilation chronilogically, and the album opens with the ten minute Celt by Eastern Syndrome who recorded three albums between 1987 and 1990 (guitarist/vocalist and founding member Constantine Bitukov passed away in 2004). Built primarily around a single bass and guitar riff throughout its first section, the vocals are a little too prominent in the mix, although the track does featuring some tasty guitar and sax interplay, including a central breakdown session. Next up is Moon Dream by The Moon Periot, who existed between 1985 and 1992. The bass is very prominent in this song, which has an almost funky post-punk feel to it. Again, the drawback here is the crooning vocals, which distract from the music. Information on Do Major, whose 1992 track To Rake Your Fingers Through the Grass appears here, is rather sparse. More funky slap bass is on offer with a Bjork-style vocalist wailing over the top of some tasty double-tracked guitars. Decadance, who contribute the five minute Dream #5: Love from 1999, are similarly obscure, and their contribution is sadly not particularly memorable, other than for a rather fine prog-metal guitar solo in the mid-section. By contrast, 2004’s Solaris by Disen Gage, a dual guitar four-piece formed in 1999 and seemingly still active, is one of the best tracks on the album, calling to mind Porcupine Tree’s firm basslines and razor-sharp guitar. Next up is Rada & Ternovnik (Blackthorn), whose sparse and chilling sound on 2004’s Interlude defies easy comparison – perhaps mid-period King Crimson might be closest. Much of the track consists of a really ripping guitar solo, which is eventually joined by the high pitched wail from Rada herself. Following on is KRTL, whose 2006 track Soda calls to mind Ozric Tentacles at their best – a really scorching track. Moscow-based Deti Picasso contribute Happy End Is Inevitable from 2007, with vocalist Gaya Arutyunyan’s singing being something of an acquired taste, particularly when the tracks breaks down into an anarchic noise section halfway through. Vespero, perhaps the most internationally well-known of the groups here, contribute the eight minute Inna Burst into Tears from 2007, sounding a little early post-Syd Pink Floyd, with more of those wailing and wordless female vocals (seemingly a common trait in Russian progressive rock) tastefully mixed in with the melodic guitar lines. Next is Kafedra.org, whose lengthy guitar/synth improvisation Entrance To Invisibility features chanted female vocals over the top. Closing the album on a high note is Thee, recorded by St Petersburg’s Liompa, a haunting and atmospheric piece from 2010 that fires up the volume and distortion near the end.

To these Westernised ears, the music contained on this compilation leans much more towards progressive rock, rather than psychedelia, and the vocals can sound a little distracting at times. However, it can serve as an introduction to other Russian progressive and melodic bands for those who have already discovered Vespero.

To learn more about the bands appearing on this disc, and to order muisc, go to: http://www.trailrecords.net