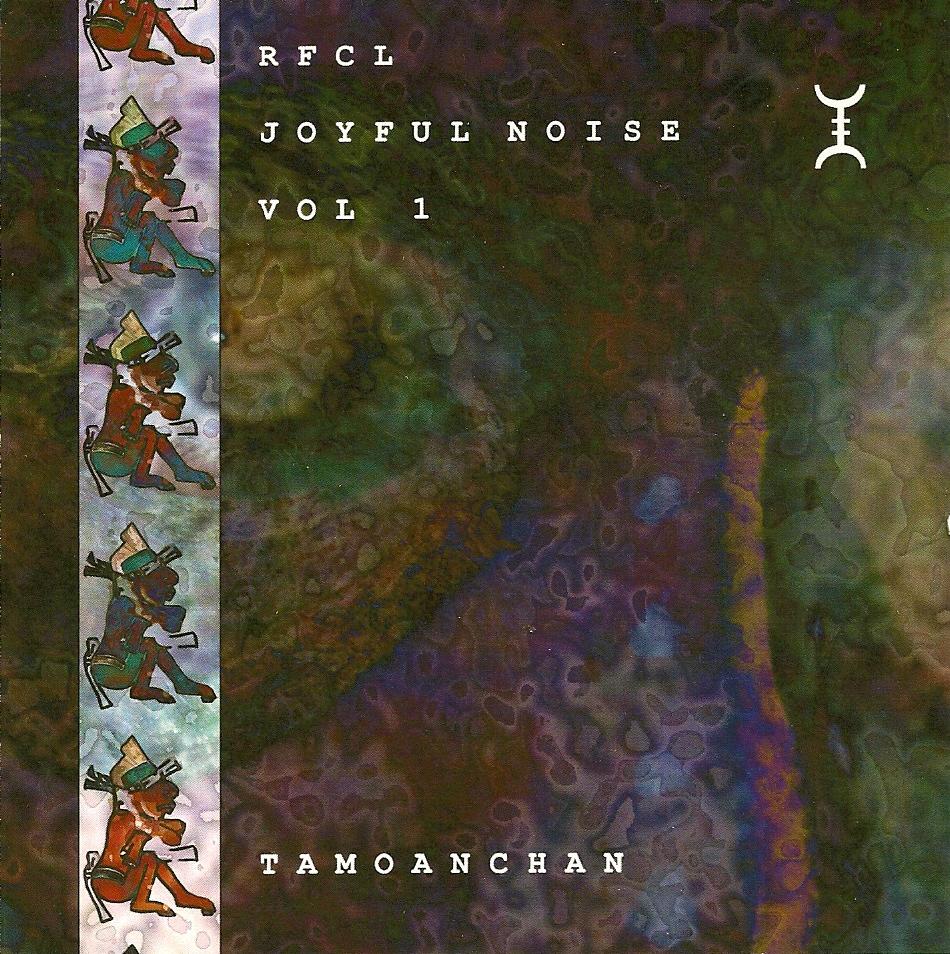 The album is minimal in its working, ambient in its structure, and fluent in its execution and production. It is concealed in darkness, devoid of light. It is ritualistic in pattern, where sombreness drives emotion through repetition.

It is an experimental sound, heavily laden with rhythmic drumbeats, sounding like a meld of Jorge Reyes and early Pink Floyd thrown into a darkened cave with Mescalito on trumpet and jazz vibe. This style remains throughout, getting darker, and a fraction jazzier as we proceed through. It has a definite Jorge Reyes aspect to it, which I love, and it really gets to the heart of what Radio Free Clear Light are trying to achieve on Joyful Noises Vol 1: Tamoanchan.

The majority of the tracks have a very hypnotic ambient trance feel to them, which some people have likened to Steve Roach and Bill Laswell, and I hear what they mean, but I find this better than any Steve Roach or Bill Laswell album. There are many resemblances in this genre, and a lot of them can be found on Black Note Music. Kyron for one is very much in the same vein, very experimental in nature, whilst being very electronic in sound.