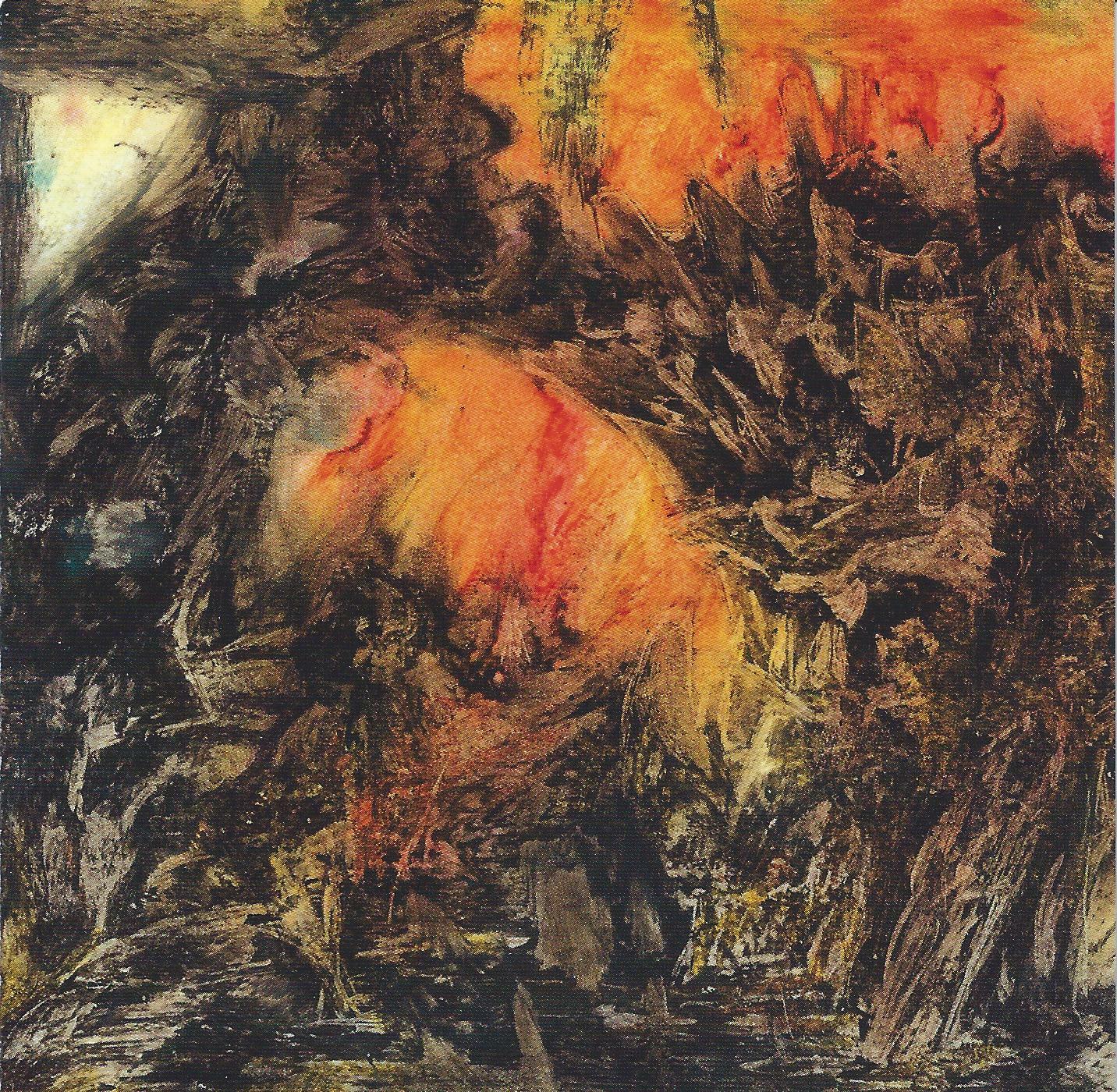 There are few other artists out there in the space/psych genre that are as talented and prolific as Dave Schmidt, aka Sula Bassana. A quick count of his discography for the past 20 years includes over 125 releases that he’s either produced or played on! Besides his numerous side projects such as Zone Six, Liquid Visions, Weltraumstaunen, Interkosmos, Südstern 44, Electric Moon and others, he’s had a prolific solo career with 15 albums released under his own name (or as a collaboration) since 2001.

On Dark Days, his latest solo effort (out in July), Dave plays almost every instrument heard on the album including guitars, bass, drums, synthesizers, organ and Mellotron (with some additional drums and gong added by Pablo Carneval (formerly of Electric Moon). The only thing Dave apparently doesn’t do is vocals. For this album he recruited David Henriksson (of Swedish psychsters The Movements) to sing vocals on the opening cut. And what a great opening cut it is! Dave eschews the mellower, spacier electronica influenced sound of 2009’s excellent album The Night, and gets back to some great psychedelic rocking on Dark Days. The opening cut, Underground, definitely has a super, late 60’s vibe to it with some great use of the wah-wah pedal, and some simply spectacular guitar work. The riffs are fresh and exciting, and Henriksson’s vocals are appropriately hallucinatory. This song rivals the title track from Dreamer as one of Sula Bassana’s best flat out psych rock tunes. And Dave’s only getting warmed up! Underground segues right into Departure, a trancy, guitar and ‘tron space rock trip. Clocking in at just over 6-minutes, it’s, believe it or not, the shortest track on the album! It’s followed by the longest, the epic 20-minute long Surrealistic Journey. This one is one trippy ride. The pace slowly builds as druggy wah-wah guitars and electronics vie for space with 60’s style organ and a gently tapping drumbeat, but then it cuts loose, colourful sounds swirling and spinning around some of the most propulsive rhythms on the album. It shifts back to down tempo in the middle for a spacey interlude before kicking into high gear again as the Surrealistic Journey reaches its end. But it’s not the end of the album; we’re only half way through!

Unlike some of his improvised side projects, Dave is writing songs here. They may be long, instrumental excursions, with room for improvising within them, but they are structured, and each piece has its own distinct feel to it. This is especially true about the title track. Dark Days is a roaring symphony of Mellotron and distorted guitar sludge with Middle Eastern overtones, all set to a stately rhythm. The following piece, cheekily named Bright Nights, is an ambient piece of sorts… a soundscape of strange guitar noodlings, cymbal swells, feedback and distortion. Sula Bassana at his most experimental. But it’s no throwaway. At almost 10-minutes long, it’s Dave exploring some deep sonic territory. In the final three minutes, it shockingly explodes into a sludge-metal finale, with double the sludge at no extra cost! It sets us up for the album’s closer. Well, actually, no, it doesn’t. Dave’s musical soul is a restless one, and he’s not content to repeat anything we’ve heard on the album previously. Arriving Nowhere effortlessly careens between mid-tempo, psychedelic space funk and motorik Krautrock. Sula’s deliciously freaked out guitar work coils seductively around and through the rhythms as they drive heavier and faster, building for almost 17-minutes until we arrive… well, not nowhere. Just at the end of yet another brilliant album from Sula Bassana. The Night was my number one album of 2009. And even though it’s only midway through this year, I can confidently say that Darker Days is already in the running for 2012 album of the year. Highly recommended!