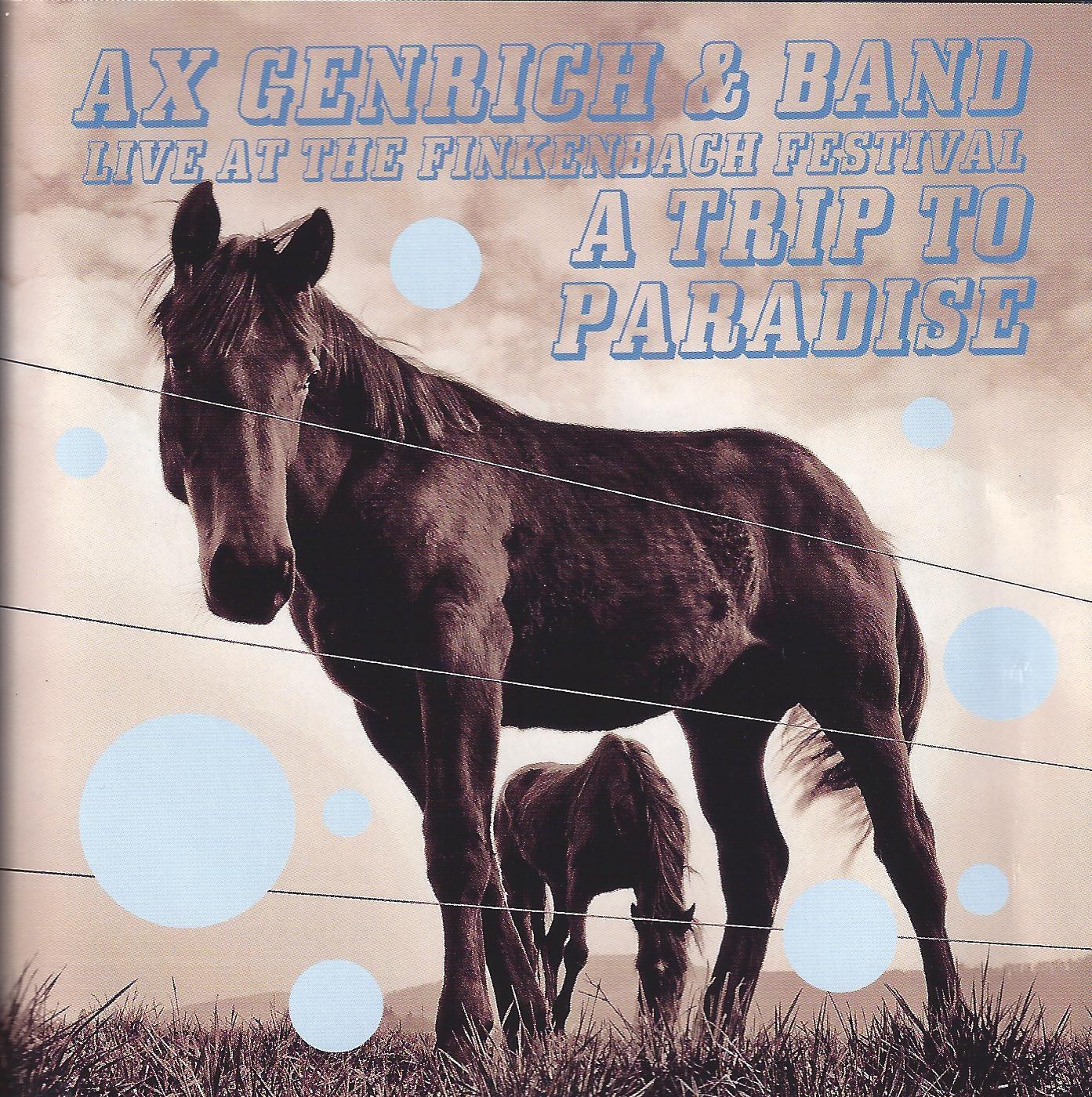 Growing up in Buffalo, New York in the mid-late 1970s I was immersed in an intense flurry of musical discovery. Up the street from my parent’s house was a small record store I was fond of hanging out at because the owner was friendly and talkative. One day he gave me a Jem Records Catalog (1976 edition) which Americans from that era will remember as one of the main importers of adventurous music from overseas. This catalog became a bible for me, though I would have to wait a couple more years until Jem went bankrupt for most of the albums to become easily available when they appeared in the sale racks of the Record Theater store near downtown Buffalo. I still have this old catalog today!

There was a simple description in the catalog for the German band Guru Guru – “Since 1970 producing albums of jamming jazz rock madness”. Guru Guru were the trio of Mani Neumeier on drums, Uli Trepte on bass and Ax Genrich on guitar. I eventually stumbled across bargain priced copies of UFO and Hinten, and some years later Kanguru, albums which were completely mind-blowing to me, primarily because I’d never heard anyone play guitar like Ax before. Some of the music made me think of Hendrix crossed with Black Sabbath and rocketed into outer space. Fast forward to 1990s internet access and I was pleased to discover that Ax Genrich was still active and got his Psychedelic Guitar and Wave Cut CDs, both of which showed the guitarist in even finer form than his early days with Guru Guru.

And Ax is still active today, having been in the Psychedelic Monsterjam trio with Mani Neumeier and Dave “Sula Bassana” Schmidt, as well as other projects. In 2010 he performed at the Finkenbach festival in Germany in a trio of himself on guitar and vocals, Mario Fadani on bass and tuba, and Steff Bollack on drums, a concert documented on the 2011 released A Trip To Paradise CD.

This is a guitar lovers album through and through. After a brief introduction by Mani Neumeier the band open with Blow Up, a song from the 1994 Psychedelic Guitar album. It’s a steady paced rocker with Ax’s guitar front and center. The solos are both tasteful and rip-it-up tripped out, covering rocking, psychedelic, and Blues inflected realms, and at times even recall the classic Guru Guru days. Marsyas is next and is another song from the Psychedelic Guitar album. Ax starts off with spacey trippy efx’d soundscape guitar that duels with a droning and rumbling tuba. At the nearly 4 minute mark Ax begins a whimsical narrative, speaking in an expressive sing-song like voice that perfectly matches the tripped out atmospherics. Then at nearly the halfway mark of this 13+ minute track the band begin to jam, with Ax playing guitar that starts off slowly melodic but gets increasingly and aggressively old time psych rocking.

Wave Cut, from the 1995 album of the same name follows, the opening guitar sounding like a mixture of old spaghetti western soundtrack and surf guitar. But Ax quickly settles into a psych-rocking jam style, soloing steadily and kicking out some fast paced runs up and down the fretboard for nearly 12 minutes of blissful guitar dominated jamming. A Trip To Paradise is a title I was previously unfamiliar with. It begins with a steady rhythmic pace, anchored by a simple but cool grooving bass melody, against which Ax goes into deep space creating guitar soundscapes that are at first sparse and quiet, then steadily upping the volume as the guitar trips along. For the finale Ax kicks into funk-psych rocking mode, cranking out a heavily wah’d spacey solo that brings the song to a close. A TRIP to paradise indeed!

Go! Lemgo is another song from the Wave Cut album. The band jams along for a few minutes and Ax nearly goes Metal guitar at times. Finally we hear the main Go! Lemgo riff as the band launch into the song, but things quickly recede and Ax takes off into an array of guitar jams, from deep space to psych rocking and everything in between, yet continually returning to the melodic core of the song. The final track is another I’d not heard before. Zaragoza opens with a freeform improvisational feel, with jazzy bass and Ax creating spacey effects. It’s all very quiet with the focus on mood and atmosphere. But after about 5 minutes the drumming takes off and Ax cranks out screaming and highly intense solos. The music transitions continually throughout this 15 minute jam, including a tasty Bluesy segment that made me feel like I was floating on a cloud, before once again blasting off into space.

In summary, there’s plenty for psych rock guitar lovers to drool over on this live set. We’re treated to a diverse range of Ax’s skill and craftsmanship. And while I’ve described a predominance of jamming throughout the set there is a tremendous amount of variety and the trio are so in tune with one another that it all sounds flawlessly arranged. LOTS of variety and stands up to multiple spins!

Anyone interested in getting a copy of A Trip To Paradise should email Ax Genrich at axgenrich@t-online.de
Note that Ax will soon have a new LP out on the Nasoni Records label. Keep your eyes on http://www.nasoni-records.com