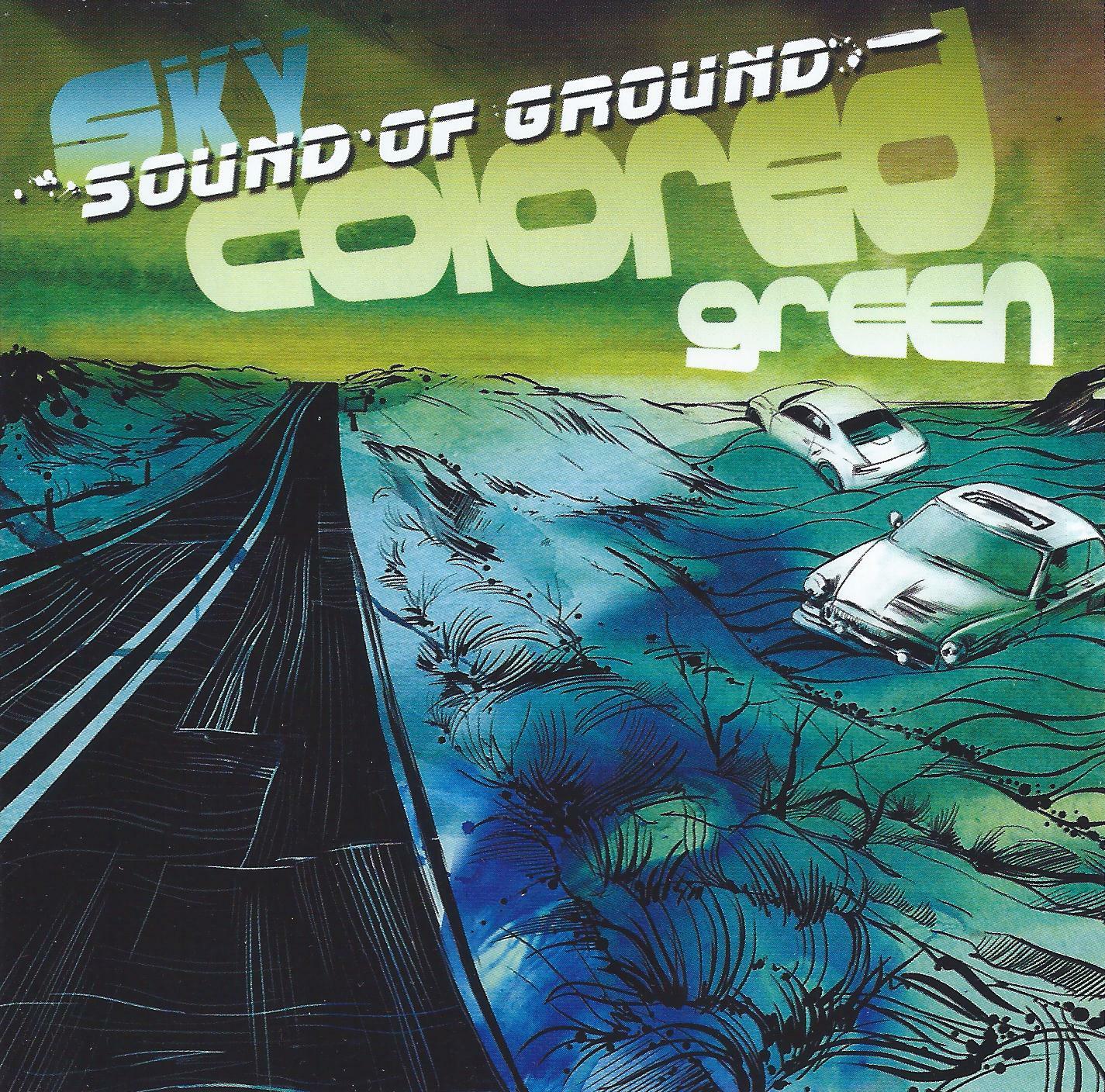 Sound Of Ground are a guitar/bass/drums/vocals trio from Moscow, Russia who have released their debut album on the R.A.I.G. label (Russian Association of Independent Genres). The music on this 11 song, 50 minute album consists of fuzzed out stoner rock with metal, grunge and a variety of other influences, with the fuzz being the constant throughout. I gave this album a few casual listens and wasn’t overly impressed but appreciated the music more when I sat down for the dedicated headphones review listen.

After a slow introductory instrumental buildup with spoken word vocals we hear Lips Of The Ocean, an easy-paced fuzzed stoner rock song that strikes a nice balance between being pleasantly melodic and heavy. The guitar sounds a bit like Stefan from Colour Haze, which I hear quite a bit throughout the album. I Am is a faster and more aggressive fuzz-punk rocker, alternating with stoner refrains. Reboiled is a fuzzed and stoned rocker with decent angst ridden vocals. The last minute is the most interesting as the band briefly go punk-metal and then fuzz-funk. Share gets more overtly into acid-drenched stoner psychedelic territory with lots of cool bubbling trip guitar. R.H.S. is a stoned metal rocker with some funky grooves and acid psych guitar soloing. El Caco is a short frantic instrumental that’s like Motorhead gone fuzz. At nearly 8 minutes Sun Inside is the longest song of the set. It starts off as a stoner-fuzz-metal tune. Then around the 3 minute mark things go briefly quiet and then the band launch into a fast paced jam. The music doesn’t really develop much but it’s good to hear these guys let loose a bit. The End Of is a playful instrumental rocker. The two most musically interesting tracks of the set are You Can’t Stop Our Ship and Wings. The former consists of anguished fuzz-grunge-stoner-metal with off-kilter rhythms and freaked out guitar that I enjoyed. And Wings has vocals that sound like Kurt Cobain at his most angst-ridden, but the music is an interesting contrast, being fuzzed out but with contrasting melodies and rhythms from each musician.

In summary, Sound Of Ground aren’t doing anything new or different but have cranked out a decent set of fuzzed out stoner rock with a variety of influences, and I’ll give them credit for injecting some variety across these 11 songs. They seem like a young group of musicians and have only been together since January 2010 so I’ll be watching their progress with interest.

For more information you can visit the R.A.I.G. Records web site at: http://www.raig.ru