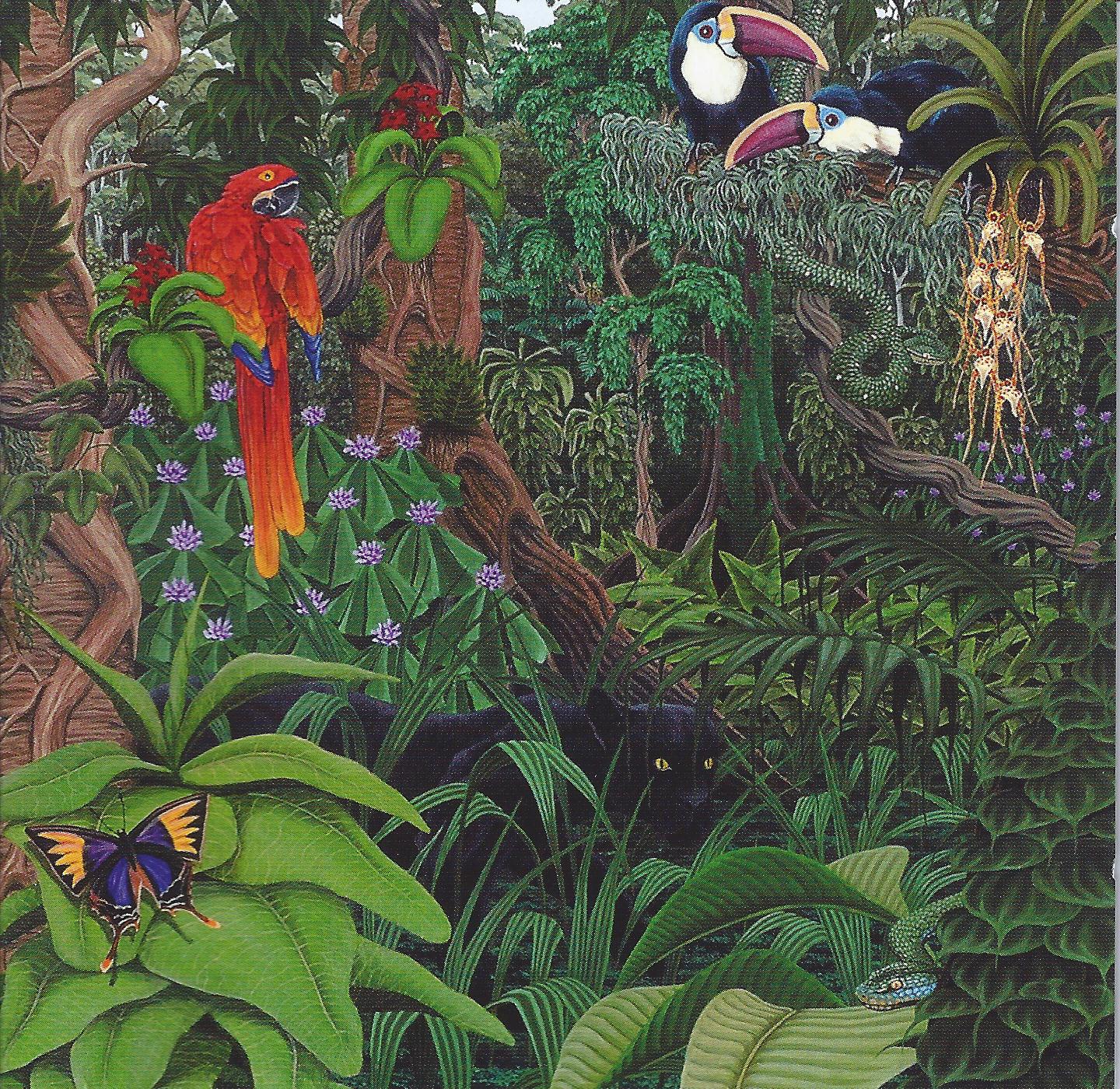 Fretboard Jungle is the new album by founding Guru Guru guitarist/vocalist Ax Genrich and his current band, which consists of Steff Bollack on drums and Mario Fadani on bass.

The album opens with the title track, which is a strange and fun combination of whimsical rock song and psychedelic space jam. Kosmic Phartz is a remake of Kosmische Phyrze, a track from Ax’s 1976 Heidelberg album. This 12+ minute instrumental starts off like the psychedelic soundtrack to a Sergio Leone film, later morphing into a jam that’s reminiscent of an early Guru Guru guitar/bass/drum excursion. It’s slow paced and has a freeform feel with cool spacey effects, tripping along for a while until returning to the opening theme, which conjures up images of Clint Eastwood and Lee Van Cleef facing off against a kaleidoscope lightshow backdrop.

Like the title track, Sad Song has a playful feel but also a heavy psych rocking edge with lots of bubbly and wah’d melodic tripped out guitar soloing. The song, which Ax announces is “dedicated to all losers and misfits around the world”, has a wild country-pop acid-psych feel, yet Ax also fits in lots of guitar effects. Amber Suite is another combination of song and sonic exploration, starting off as an easy-paced song and later taking off into an adventures-in-sound space-psych-jazz-rock improvisation. Death Is For Dying is characterized by a dark, moody vibe from the bass and drums, which lay the foundation over which Ax creates quietly intricate guitar patterns and spacey soundscapes and effects. All three musicians direct the emotional flow of the music as this mesmerizing piece progresses.

Most of the tracks are in the 8 minute and longer range, though there are two shorter songs. Outlook Pretoria is a fun swinging dance number. And Samantha’s Rabbit is a re-recording of a song originally released on the 1973 self-titled Guru Guru album. Finally, the album closes with the nearly 14 minute Voodoo Touch/Dalai Llama, a live concert recording from 2011. The band take off on a jazz-rock jam, and I like the subtly tasteful guitar solos and intermittent ethereal vocals bits. Then they launch into Next Time See You At The Dalai Lhama, the classic STONED jam from Guru Guru’s 1970 UFO album.

In summary, there’s plenty for fans of early Guru Guru to enjoy on Fretboard Jungle, but 40 years after those seminal albums were released, Ax continues to experiment and try new ideas. There’s a lot of creativity and music that steps outside the box on this album but it’s easily missed unless listened to very closely. We’ve got songs, spaced out psychedelic jams, and stylistic variety that is difficult to describe, usually all happening at the same time. I think this album will get mixed opinions from different listeners, but I like the variety and the way Ax and his band have skillfully arranged it all, because when it comes to pioneering musicians from the 60s and early 70s that are still active I always like to hear them explore new directions rather than just appealing to long-time fans who want to hear the same kind of music they created years ago. The classic space/psych sounds are here, but Ax and band put a fresh spin on it all.

To order the CD contact Ax Genrich at: axgenrich@t-online.de
The vinyl edition is available in a run of 400 black and 100 colored from the Nasoni Records web site at: http://www.nasoni-records.com