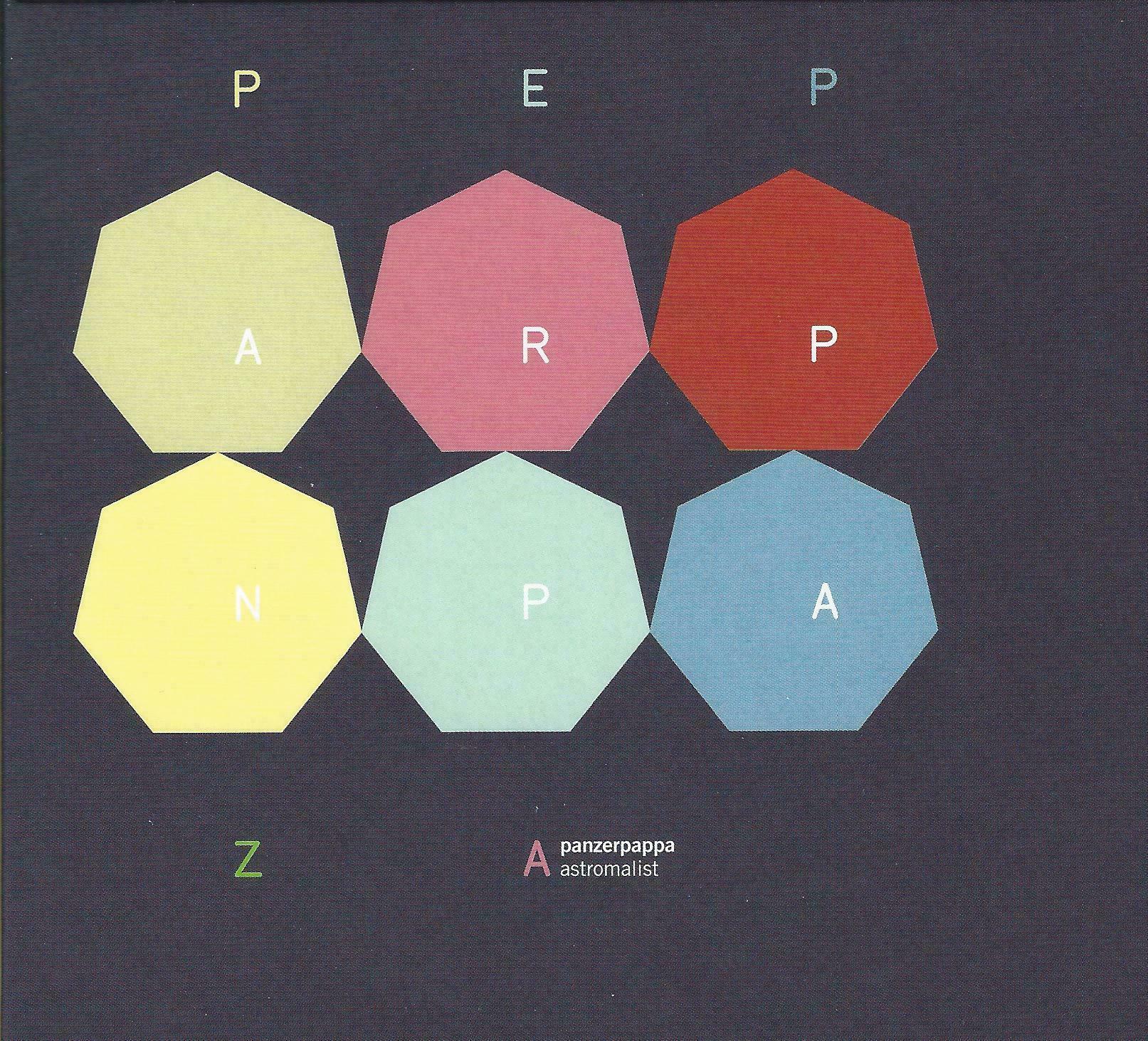 Panzerpappa are a Norwegian quartet with an interesting variety of instrumentation that includes saxophone, keyboards, drums, bass, electric and acoustic guitars, and everyone is credited with percussion. Numerous guests contribute bassoon, English horn, flute, xylophone, vibraphone, cello, violin and viola. Astromalist is the band’s fifth album since their debut in 2000, and their first for the Rune Grammofon label (and my introduction to their music).

The music across the album’s 7 tracks is firmly in the RIO/Avant-Prog mold, with Present and Univers Zero being the closest analogies, though Canterbury influences are also apparent (the promo sheet notes that one or more members played in Richard Sinclair’s band some years ago). But Panzerpappa occupy the more accessible end of the RIO/Avant-Prog spectrum. The music can be beautifully melodic, and only mildly dissonant, and indeed Panzerpappa have a flair for incorporating dissonance in a way that retains the music’s accessibility and makes it more interesting and compelling.

Bati La Takton!, Femtende Marsj, and Satam are the heavy rockers of the set. On Bati La Takton!, saxophone and guitar trade licks over the kind of intense rocking piano/bass interplay and rhythmic pattern that characterized the early Present albums. I also hear some Zappa-like compositional elements. Femtende Marsj is similar and brought to mind the soundtrack to a frantic movie chase scene. Then after a couple minutes the music takes a 360 degree turn into a calmer chamber music section, with voice samples talking about the Lockerbie bombing, before wrapping up with an intensely rocking finale. LOTS happening in a mere 4 minutes! Satam has a high energy rocking Univers Zero/Present feel, though it transitions through Canterbury flavored segments, and another section with guitar and piano interplay that I enjoyed, made all the more interesting by the addition of a brass section (which must be the keyboards). The musicians are then whipped into a frenzy for a full blown orchestral finale.

Ugler i Moseboka is a fun track with intriguingly varied themes. It opens with a lovely flute melody, soon taken over by a brief section that sounds like it could be the music to a Frank Sinatra song. It quickly takes on a Canterbury-ish vibe, though its highly orchestral and gorgeously melodic. But then it takes a slightly darker turn, starting to rock out a bit more, while retaining the orchestral elements. The pace quickly rises and falls, but never abruptly. These guys are like Olympic gymnasts of composition and arrangement. Anomia conjured up surreal images of a Fellini movie featuring some kind of gypsy jazz Italian street festival. The music is whimsical but also includes parts that will make listeners swoon. The title track is in some ways similar, and includes bits that sound exactly like the first Present album. Finally, at 9 minutes, Knute pa Traden is the longest track of the set. It begins with a lulling sax and flute duo, against mildly intense guitar, piano and rhythmic pace. And from there Panzerpappa take us through their continually shifting, slightly off-kilter and dissonant Prog rock thematic paces, seamlessly incorporating styles and influences faster than I can type the analogies that are popping into my head.

In summary, Panzerpappa will surely appeal to fans of the classic RIO bands like Univers Zero, Present, and Samla Mammas Manna, though they are accessible enough that the music may be a good introduction to the Avant-Prog world for Progheads with more mainstream tastes.

For more information you can visit the Rune Grammofon web site at: http://www.runegrammofon.com