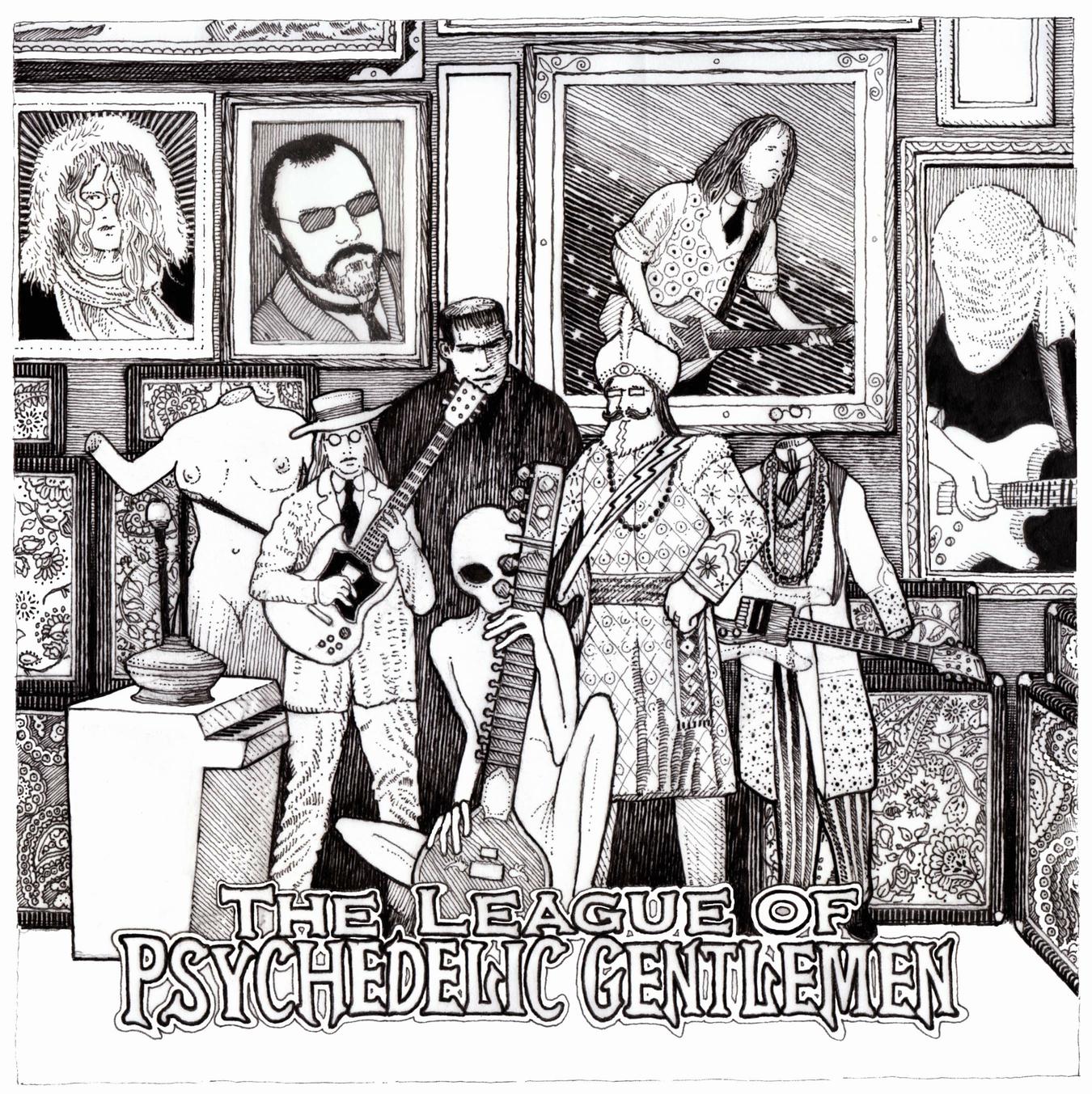 The League Of Psychedelic Gentlemen is a 7″ EP from Fruits de Mer Records with new and previously unreleased songs by Nick Nicely, The Bevis Frond, Anton Barbeau and Paul Roland.

Nick Nicely had a single on Fruits de Mer earlier this year that featured his 1982 song Hilly Fields, plus a re-recording of the song on the flip side. Rosemary’s Eyes is his contribution to this set, and it’s a steady paced rocker with propulsive drumming, acoustic and electric guitars, and bubbling alien keys that really make the song. The Bevis Frond contribute I’m A Stone, which is trademark Nick Saloman acid minstralism. Hot on the heels of his 3-song Fruits de Mer single, Sacramento based songwriter/musician Anton Barbeau offers up When I Was 46, recorded with his band Three Minute Tease. This is totally spaced out pop-psych with a bouncy groove, great piano and mandolin (or some such instrument) interplay, and UFO synths blazing about. Finally, Paul Roland’s The Puppet Master was recorded in 1980 and originally intended for his second album, House Of Dark Shadows. In fact, the promo sheet says that Paul had lost track of the song until a fan sent it to him recently. This sucker sounds like some lost nugget from the 60s. Both fun and creepy, it’s right up there with the earliest Syd penned Floyd singles. Note that the song includes Robyn Hitchcock and Knox of the Vibrators on chorus.

A nifty set from a quartet of psychedelic underground veterans! The single will be available mid-December and is limited to 1000 copies, and as usual this is vinyl ONLY, no CDs or downloads. If interested you better hurry because Fruits de Mer releases sell out QUICK!