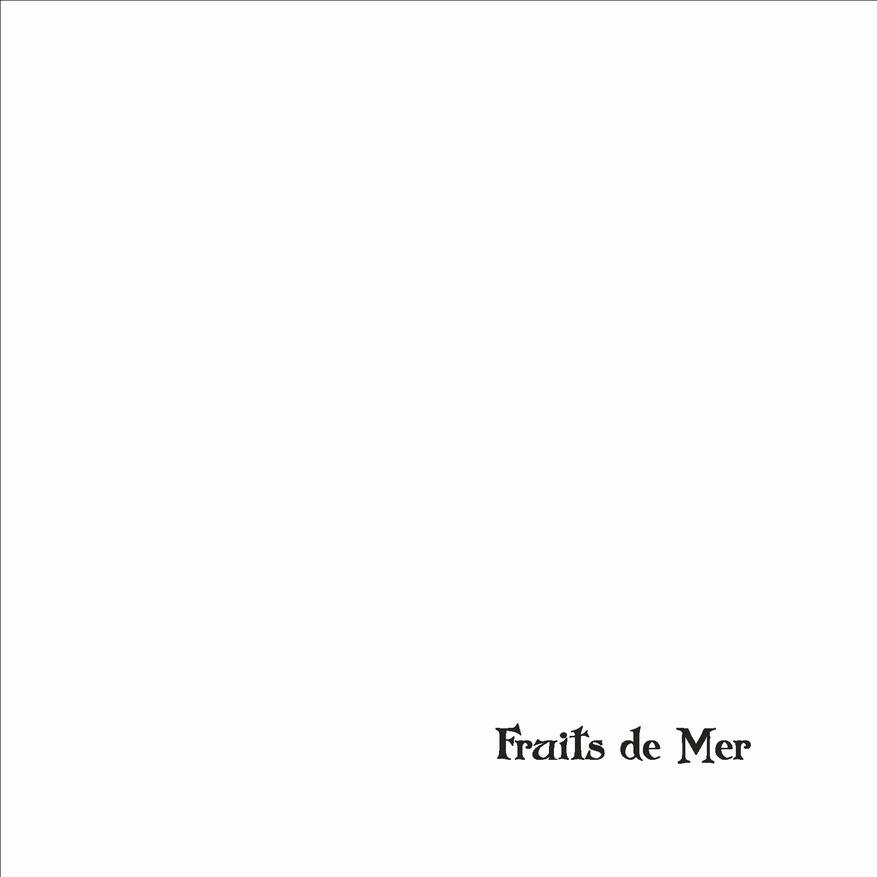 Fruits de Mer have been coming up with some cracking ideas for theme albums. The White EP is a double 7″ set with covers of 8 songs by 8 different bands from The Beatles White Album (yeah, I know, technically just titled “The Beatles”). Here’s the rundown:

Three Minute Tease (Anton Barbeau’s band) do a more or less faithful cover of Cry Baby Cry. It’s got a more drugged, valium-like feel than the original, and Barbeau’s vocals alone make it quite different than the The Beatles. I got the same feel from The Seventh Ring Of Saturn’s cover of Savoy Truffle. Not nearly as rocking as the original, it nonetheless has a nice groove, and the jam segment has a cool dirty bar Blues vibe.

If I’d been tasked with assigning The Bevis Frond with their song, Glass Onion certainly would have been on my short list, and sure enough, it sounds exactly what you might expect Glass Onion to sound like if covered by The Bevis Frond. The Luck Of Eden Hall do a nearly spot on cover of Everybody’s Got Something To Hide Except For Me And My Monkey. Ditto for Jack Ellister’s spirited Dear Prudence. And Henry Padovani’s Long Long Long sounds like what the song might have if Nick Drake had done it.

Among the more adventurous re-interpretations of the set is The Pretty Things’ sedate rendition of the ultra-aggressive Helter Skelter. The Pretty Things ease the pace considerably, giving the song a steady rhythmic groove, light symphonics, and cool snaking acid guitar licks. But for sheer creative muscle flexing, Cranium Pie’s cover of The Continuing Story Of Bungalow Bill is the hands down winner for me. Jeeez… how do I describe this? It’s like they were first assigned to cover Revolution #9, got into the spirit of that piece, and then did an about-face and covered Bungalow Bill instead. Considering that Bungalow Bill was one of The Beatles fun novelty type songs, this is some pretty crazy stuff. I love it!

The single will be available mid-December and is limited to 1234 copies, and as usual this is vinyl ONLY, no CDs or downloads. If interested you better hurry because Fruits de Mer releases sell out QUICK!