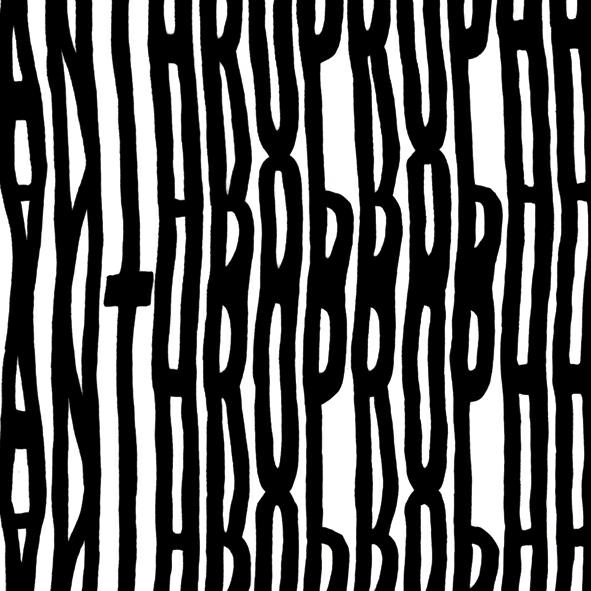 Anthroprophh is the solo project, and this is the first solo album, by The Heads guitarist and vocalist (and audio generator operator) Paul Allen. The Heads are a UK band formed in the early 90’s. Initially inspired by emerging stoner rock bands of the time like Monster Magnet, albeit with a heavier dose of noise thrown in, on later albums like 33 (2004) and Dead in the Water (2005) they began to explore longer form, more experimental rock. For his debut album (released on vinyl and as a download), Allen has taken inspiration from his own band’s later albums, but tempered it with the rhythms of Krautrock for some truly inspired, mostly instrumental psychedelic rock. Opening cut, Hermit, is a churning, LSD soaked electric voyage, from its sea of wah wah’d distortion opening, through its stormy, acidic guitar work and pounding Can-inspired rhythms to its swirling, hallucinogenic coda. These tracks aren’t as long as some of 20-minute monsters found on the above mentioned Heads LP’s, the shortest one being the solo electro-acoustic Discretion Shot (clocking in at 1:09), but their sound is focused, each piece developing its own distinct sonic snapshot, whether it be the tribal intensity of Precession, the droning space journey of Ende or the mind-altering, bad trip British garage rock meets alien landscape of We. Allen does break into longer form exploration with one track on the album though, the 16 1/2 minute Entropy. This one is a sonic buffet for kosmiche loving ears, all intense, part machine, part human rhythmic minimalism married to guitar atmospherics and bubbling, cosmic electronic noises. Allen shows supreme control over his guitar here, slowly developing the ambience, weaving it in and out of the driving tempo of the percussion. The piece ever so slowly builds in intensity over its course, as Allen subtly introduces more and more sounds, finally cutting lose on his guitar for some hypnotic, spiralling soloing only when the tension can’t take it anymore. Mesmerizingly brilliant!