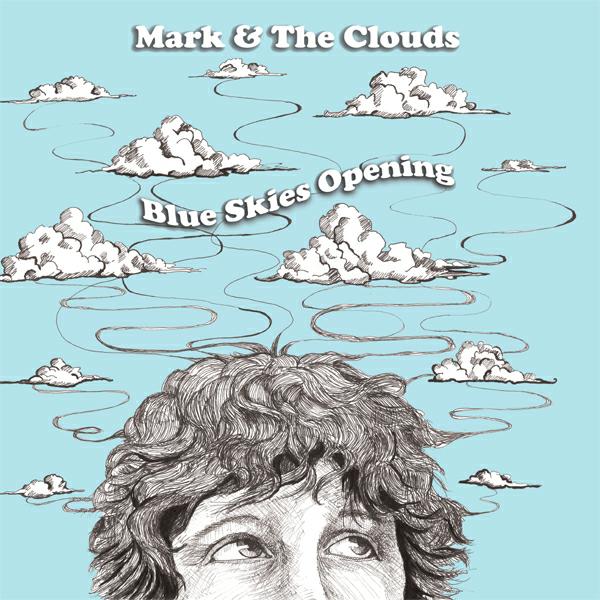 Mega Dodo has been putting out some great music so that alone got my attention when I received this promo. But I perked up even more when I read that London based Mark & The Clouds evolved out of the band Instant Flight, whose 2004 released Colours & Lights I have long been a fan of. Colours & Lights was a well crafted set of Pop-Psych songs with a Prog infused flavor, often amping up the energy level with heavy organ, guitars and orchestration.

Mark & The Clouds recalls Instant Flight in the form of singer/songwriter Marco Magnani. There’s far less organ and Prog-Psych heaviness here. We’ve got 13 tunes, mostly in the 3-4 minute range. Among the highlights is In The Storm, a hip shaking Pop rocker with a touch of 60s jangle. You Call Me Brother alternates between soulful Psychedelic Dylan-esque Folk-Rock and later period Beatles. I dig the combination of dirty Psychedelic Blues and horn section on the grooving and swaggering songs Music Disease and I Run Like Crazy. Darkened River and Spirits In The Wind both sound like contenders for Spaghetti Western theme songs, though the later includes an Eastern flavor. Goddess Of Desire pulls out the organ and wah guitar for some hard hitting Power Rock and heavy driving 60s Psychedelic Soul. London Fire features orchestrated Power-Pop-Psych with 60s West Coast Psych guitar. And Are You Taking Time is a dreamy but rocking song with the trippiest guitar and effects of the set.

In summary, there’s definitely a 60s flavor to Mark & The Clouds, though it’s not full blown Psychedelic and by no means retro. There are plenty of 70s influences as well. But at the end of the day, these are just outstanding songs that are so catchy that on the first listen you’ll feel like you’ve known them for years.

Note that the CD and download comes with 13 songs, while the limited edition blue vinyl (250 copies) comes with 9 songs (the first 100 copies will include a 4-song CDEP).