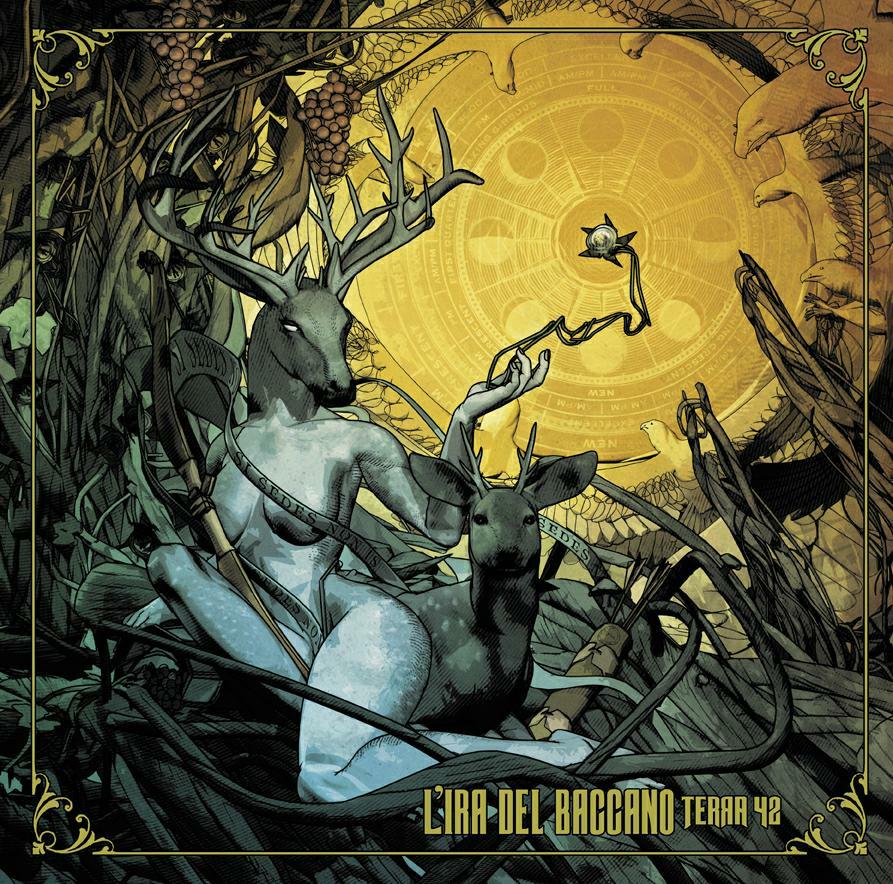 I became acquainted with Italian Space/Psych/Stoner/Metal quartet L’Ira Del Baccano in 2008 when they made their live performance Si non Sedes Is Live MMVII album available for free download. I was impressed with the band’s all instrumental brand of spaced out heaviness and now pleased that a new studio album is available. The band consists of founder Alessandro “Drughito” Santori on guitar, Roberto Malerba on guitar and synth, Sandro “Fred” Salvi on drums, and Luca Primo on bass.

The album opens with the three part, 32 minute Phase I – The Infinite Improbability Drive. Part 1 kicks off with a hard and heavy Metal assault, but quickly demonstrates that we’ll be rocketing through a continually transitioning parade of themes. We’ve got a spaced out Rock groove with both dirty Stoner guitar and pleasantly melodic leads, a trippy melodic ambient segment with more tasty leads as well as deep space efx’d guitar and a solid funky rocking rhythm section, with the bass injecting a Jazz-like feel. I like the way the band alternate between soundscape excursions and majestic Rock ‘n’ Roll, at times sounding like Rush with a Stoner-Psychedelic and heavily space efx’d edge. Part 2 features blazing Hard Rock augmented by freaked out trip guitar and even more spacey effects. In fact, parts of this sound even more like Rush, though it’s got a Hard Rock vibe, the guitars are more Psychedelic and we’re treated to oodles of freaky effects, especially the Part 2 finale and intro to Part 3 which is all deep space ambience, swirling effects and soaring gliss guitar. Things stay mellow for much of Part 3, cruising along at a steady rolling melodic groove, which feels a little jazzy and is continually colored by intense, spaced out, atmospheric guitar, but also dirtier rocking guitar. And when the band take off again we’re flying high in monster rocking Space-Psych-Jazz-Hard Rock territory. Love that SCREAMING guitar! These guys are constantly shifting thematic gears, though it’s all seamless and makes the entire 32 minutes go by like a cosmic rocking hurricane.

Phase II – Sussurri…Nel Bosco di Diana is next and starts off with a dreamy cosmic flow and spaced out atmospheric gliss guitar, melodic soloing guitar, lots of effects and funky Jazz bass. It’s a cool combination of grooving melodic rock with a jazzy edge and freaky spaced out Psychedelic mind-massage, and when it blasts off it’s got a melodic and easy paced Rush meets Jazz at the cosmic 70s Hard Rock cafe feel. Finally, we’ve got the 15 minute Phase III – Volcano X13, which wraps up the set with a monster blast of Metal edged Psychedelic-Stoner-Hard Rock, high intensity Space-Prog, Jazz inspired segments, and much more. Overall I have to say this absolutely blows away the music I first heard from these guys a few years back. Recommended.

To stream, download and purchase the CD or LP visit: https://liradelbaccanoofficial.bandcamp.com
Visit the L’Ira Del Baccano web site at: http://www.iradelbaccano.it