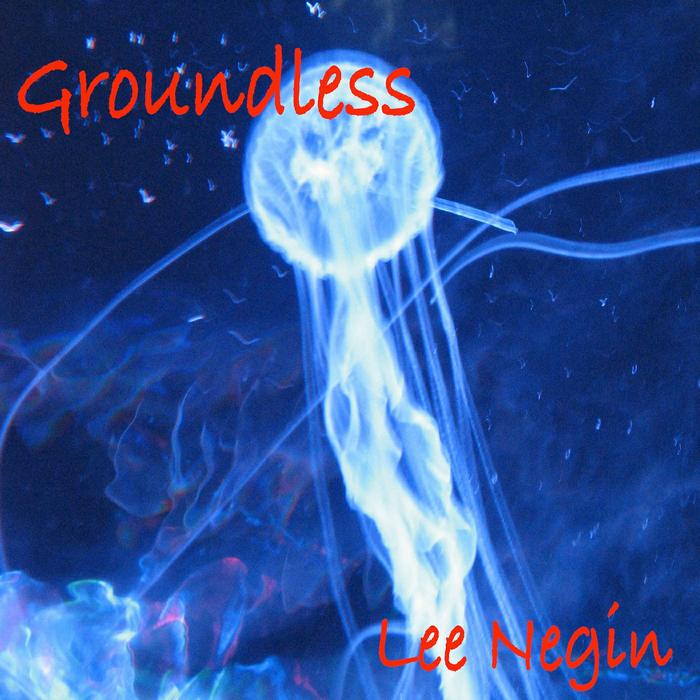 Now based in Seoul, South Korea, Lee Negin was part of the 1980s Detroit techno scene. My introduction to Negin’s music was just months ago with another 2014 release: The Cheeze Chronicles: Volume V, a “technopera” that I described as “a space crazed blend of 80s New Wave, Neue Neutsche Welle, Kraftwerk and The Residents” (CLICK HERE to read the review). Whereas The Cheeze Chronicles threatened to burst the fun and freaky meters, Negrin’s latest album, Groundless, teeters between pure electronic freakiness and cerebral mind massage.

The promo sheet describes the music as “a collection of extended electro-acoustic, ambient, electronic, new-world (other world), psychedelic dreamscapes”, though I’d say the psychedelic dreamscape motif is what predominates throughout. Forever (never, never) is a lysergic cauldron of psychedelic electronica, with deep space symphonics, dreamily spectral voice samples, spiraling waves of effects, and drones that are cosmic orchestral but also deeply cavernous, all anchored by a parade of warming melodies and sporadic rhythmic propulsions. The Shadow Play is a bustling mash of ducking and weaving alien effects that give the impression of an extra-terrestrial slalom race, before transitioning to a floating orchestral dreamland. The dreamy, deep space orchestration continues on Last Gasp, creating a mystifying and uplifting brand of psychedelic New Age music. I like the way the melodies and slowly pulsating drone waves intertwine to create a meditative experience that is nonetheless far too multi-faceted to permit any dozing on the listener’s part. A group of angels create music for the acid dosed heavens on Groundless, making for a lusciously convoluted yet gently wafting journey. Groundless II follows and is a little different, starting off avant space-orchestral and then transitioning to a cool grooving and intriguingly strange blend of rhythms and melodies. Finally, (Elegy for) The Last Ship Leaving features a mixture of cosmic chamber ensemble, space-ambience, and cinematic sci-fi soundtrack music, making for an empyrean night at the symphony, the theme of which is a concurrent tour through black holes, multi-dimensions, and the darkest but busiest regions of the universe.

So, wow, Negin has been around since the 80s and I’m just discovering him through two very different but ultimately related albums. I haven’t heard electronica that’s this strange, reflective, seductive and fun in quite a while.