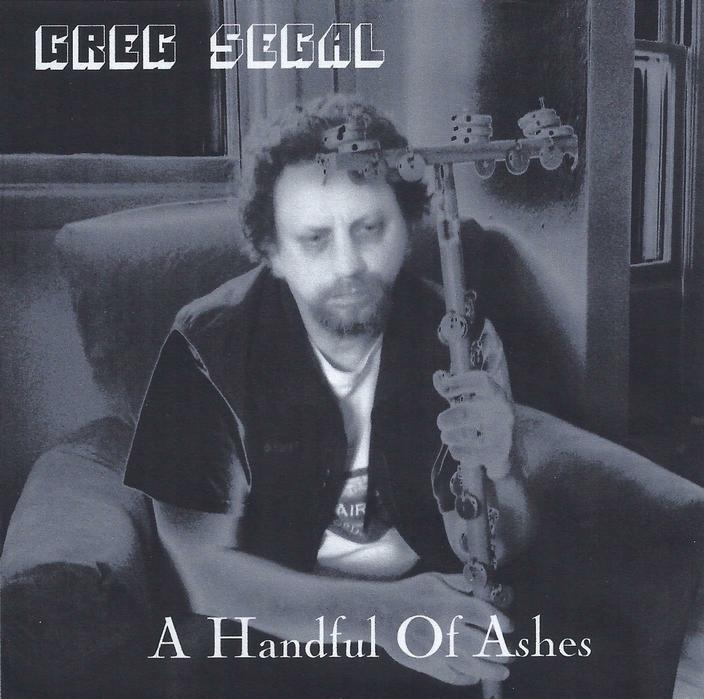 I could go on at length about Greg Segal. In the 1980s he was the guitarist in the improvisational band Paper Bag who had four albums on the SST label. And in addition to numerous other bands he has recorded a stunning array of music across numerous solo albums. The body of work is HUGE. But the responsibilities of parenthood have dictated higher priorities so it’s pretty exciting for those of us who have been following Greg’s work to get a new album after what seems like some years. And to say it’s been worth the wait is an understatement.

Greg indulges his inner Proghead on the 21 minute title track. It starts off as powerful Prog infused song. Greg has an unmistakable voice and the vocal portion carries his trademark style, which makes for a distinctive and off the beaten path Progressive Rock style. The music has a potently orchestrated sound at first, but after the initial vocal section veers into a darker Avant-Prog/RIO segment, and from there is continually transitioning. I hear bits of Canterbury, symphony orchestra, Van der Graaf Generator, ripping acid guitar solos, chamber ensemble, Carl Stalling soundtrack, Psychedelic Phantom of the Opera, Mellotron encased Free-Jazz and more. If that sounds suspiciously all over the place, note that these elements are all incorporated into a compositionally intricate narrative flow that in classic Prog spirit transitions through a continually evolving thematic sequence. The 11+ minute The Hook And The Point is similar, kicking off with a spacey sci-fi synth melody before launching into a free-wheeling chamber music/Jazz blend jam. I like the multi-layered combination of horns, strings and dissonant tension. When the music transitions to a vocal number it brings to mind a cross between Robert Wyatt and Dagmar Krause with Henry Cow/Art Bears. This is singer-songwriter music for the Avant-Prog/RIO set, and again I hear elements of Canterbury and Jazz, plus The Residents, spacey Mellotron sounds, off-kilter percussion, and another head-spinning succession of musical themes. Greg’s body of work over three decades is enormous, making it difficult to single anything out, but I have to say these are two of the most remarkable pieces of music he has ever recorded.

Rounding out the set are three shorter tunes. Simple Answers is a fun, almost Country-ish acoustic guitar and vocal number that can’t resist taking the chaotically surreal dreamland detour. Laugh Gently is a Psychedelic Blues song that’s like a cross between Peter Hammill and late period Beatles. And At The End Of The Day is a peaceful piano and vocal song that closes the set. Damn, I hope there’s more coming sooner than later.