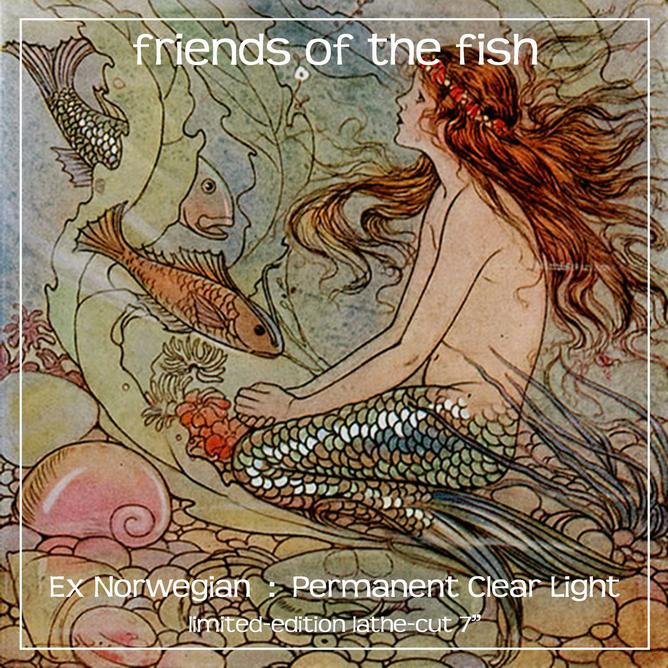 Despite their name, Ex Norwegian are from Miami Beach and, though new to me, have been around for a while with several albums under their belt. (Check them out at http://www.exnorwegian.com and on Bandcamp at http://shop.exnorwegian.com) Their contribution to this split single is a cover of String Driven Thing’s It’s A Game, which was also a hit for the Bay City Rollers. The song is well produced and arranged, having a killer rocking 70s Pop sound, excellent vocals and instrumental fills. Very cool. I’ll have to check out more from these guys.

The flip side features a new song by Finnish trio Permanent Clear Light, who have contributed to numerous Fruits de Mer compilations and whose 2013 debut album Beyond These Things made my Best Of list for that year. Corneville Skyline is a bouncy, joyous Pop-Psych tune with lusciously trippy orchestration and effects and a solidly catchy melodic hook. Kind of reminds me of XTC too. According to the promo sheet Permanent Clear Light expect to release their second album in spring 2016, which is GOOD news!

The single is pressed on lathe-cut 7″ vinyl in a limited (LIMITED!!!) quantity of only 50 copies.