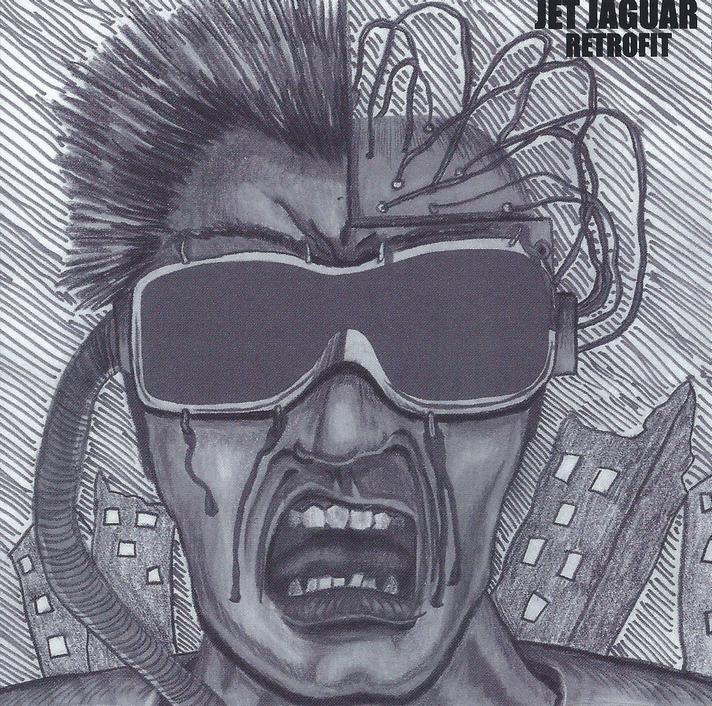 The Jet Jaguar reissue series continues with the band’s long out of print first album, originally released in 2002 by Aktivator records. The promo sheet describes this as remastered and expanded. It’s certainly expanded from 6 – 8 songs, though the tracks are a bit different from the original.

Roadkill packs a set opening punch as a Punk inspired Space Rocker with incessantly bashing guitar chords that feel electro-Motorik in their attack. Atomic Vampire draws on 80s New Wave but is nonetheless a heavy driving stew of gurgling synth and explosions propelled Space Rock. The Mutated is similar but ups the heaviness ante with chunky Metal guitars and freaked out vocals that recall Chrome, creating a powerhouse Acid-Metal-Goth blast-off to the stars. The pace eases considerably on the spaced out, melodic and rhythmically floating X-Ray of a Neon City which, uncharacteristically for Jet Jaguar, includes a pleasant acoustic guitar lead. But this is only an interlude as the band are shot back out into even heavier Space-Metal territory for Count Geiger’s Blues, which is like a Star Wars Stormtrooper battling Vikings soundtrack. Energy Brat is all blazing, soaring and blippity bleeping electronics and effects that set the stage for Jet Jaguar’s Punk pummeling cover of Chrome’s The Need. And The Descent of U-29 ends this brief set with a bit of gurgling ambient/soundscape, image inducing sci-fi film soundtrack exploration. A splendid time is guaranteed for ALL!

NOTE: Each CD comes with a black & white Deathcruiser Jet Jaguar t-shirt. I’ve got one and can tell you that these are very cool high quality T’s!