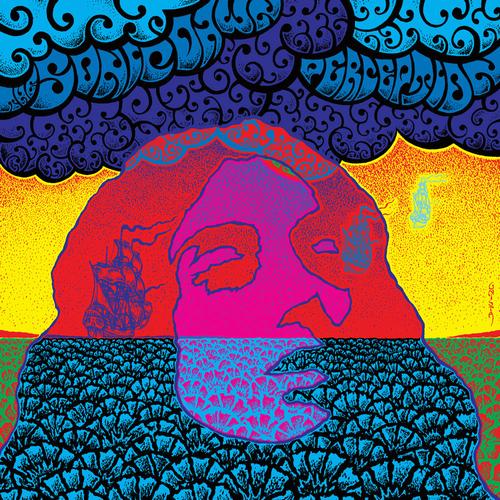 From Copenhagen, Denmark, The Sonic Dawn play a late 60s/early 70s influenced brand of Psychedelic Blues. Actually the band were originally called The Mind Flowers but had to change their name because the trademark is owned in the U.S. by a former producer of Ultimate Spinach.

After a debut 7″ in 2014 Nasoni Records released the band’s first full length in October of this year and it’s a 10 song corker of a set. The album kicks off An Easy Heart To Break, a classic 70s influenced Blues Rock number that brings to mind a cool grooving and tastefully melodic Cream, but also has a trippy drifting Psychedelic instrumental break. Lonely Parade features spirited and still Bluesy Psychedelic swing with soulful vocals and an awesomely trippy finale. All The Ghosts I Know cranks out Psychedelically soulful Funk-Blues with a spiritually uplifting kick and periods of tranquilly spacey drift. And Black Cat Women drinks from the waters of the Mississippi Delta.

We’ve also got some songs that go in a different direction. The Mustang is a high energy slab of 60s Freakbeat and Soul with a detour into Indian inspired sitar drenched Psych. Lots happening in a mere four minutes! Wild At Heart is a thematic roller coaster ride that juxta-flitters between 60s B-Western flick soundtrack, swinging boogie-woogie Psych-Blues Rock and heavy jamming spaced out Psychedelic-Soul. Watching Dust Fall has a flowing atmospheric vibe that accompanies this spacey Psych-Blues rocker, and if this were released in the late 60s would have been my hands down pick for a single. It’s totally trippy and has a catchy flowing melody which in that era would have meant Pop potential. And Fading Soul retains the band’s Blues-Rock core but uses that as the foundation for an emotive singer-songwriter crooner with a Prog-like compositional flair. Very cool and impressively varied set.