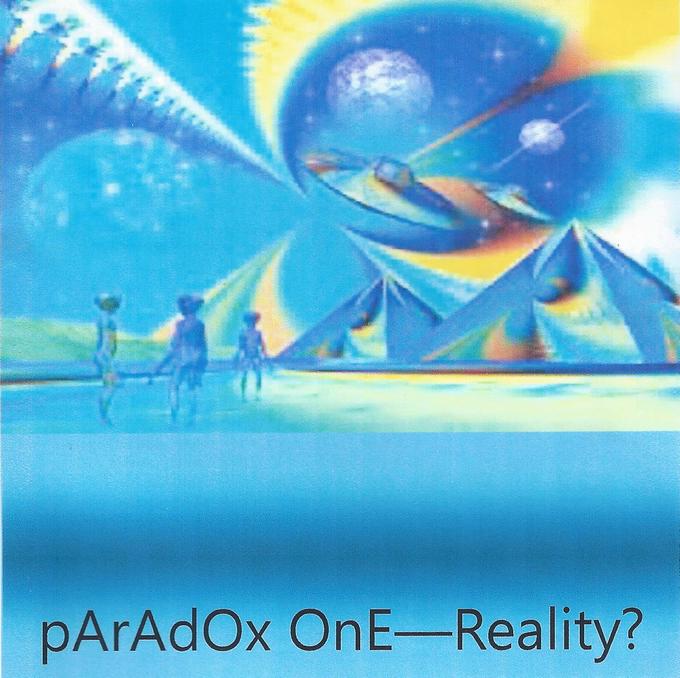 Paradox One is Scottish Space-Prog musician Phil Jackson, who has also been a long time writer for Acid Dragon Progressive Rock magazine (aciddragon.eu). Back in the early Aural Innovations days I reviewed the Paradox One Reality Quake (2000) and Dimension Of Miracles (2002) albums, originally released on Rick Ray’s Neurosis Records label.

The first of this two CD set reissues Reality Quake plus Dimension Of Miracles, with the latter being truncated by about 20 minutes. It’s been years since I’ve heard these and avoided re-reading my original reviews, preferring to dive in with a fresh ear.

Jackson’s music is heavily sci-fi influenced. Childhood’s End is based on Arthur C. Clarke’s story. Urbmon 116 is inspired by Robert Silverberg’s The World Inside. Crompton’s Divide is based on Robert Sheckley’s book. Dimension Of Miracles is also heavily Sheckley inspired. In fact, Jackson reports that he’s working on a new Space Rock/Melodic Prog project with the group name to be Sheckley.

Though based primarily in keyboard driven Progressive Rock, Jackson, not surprisingly, supplements his sci-fi themes with plenty of cosmic influences. Flowing synth waves, Berlin School electronica, and freaky electronic effects meld with symphonic and orchestral elements to create a continually evolving narrative that brings the tales Jackson draws inspiration from to life. There are 26 tracks on the CD, though the thematic flow is seamless as scenes and chapters build at a steadily propulsive clip. I like how classic Prog stylings like ELP, full blown symphonics and Hammond heavy Rock are woven in with the spacier end of the spectrum like Hawkwind, Eloy and Tangerine Dream. But Jackson can also rock out and groove, like on the brief vocal portion of Liberty’s Dream part 4 where I felt drawn to what could have been a dance floor in front of an ELP concert stage. This interestingly leads into the Church organ Victorian era waltz of Kindescenen, and then on to the ominously mood bending and wildly electro freaky Surrealistic Dungeons of The Mind. But there’s also the cool grooving sense of Funk and Soul on Crompton’s Divide which leads into the stoned fuzzed Rock of Dan The Man. There is a LOT happening here and attentive listening will be rewarded with the audio equivalent of a sci-fi page turning epic.

The second CD compiles an EP version of Escalator To Mars, which was the third Paradox One album released by Neurosis, an EP version of the fourth album, Alternative Reality, plus tracks from later albums and even some unreleased goodies.