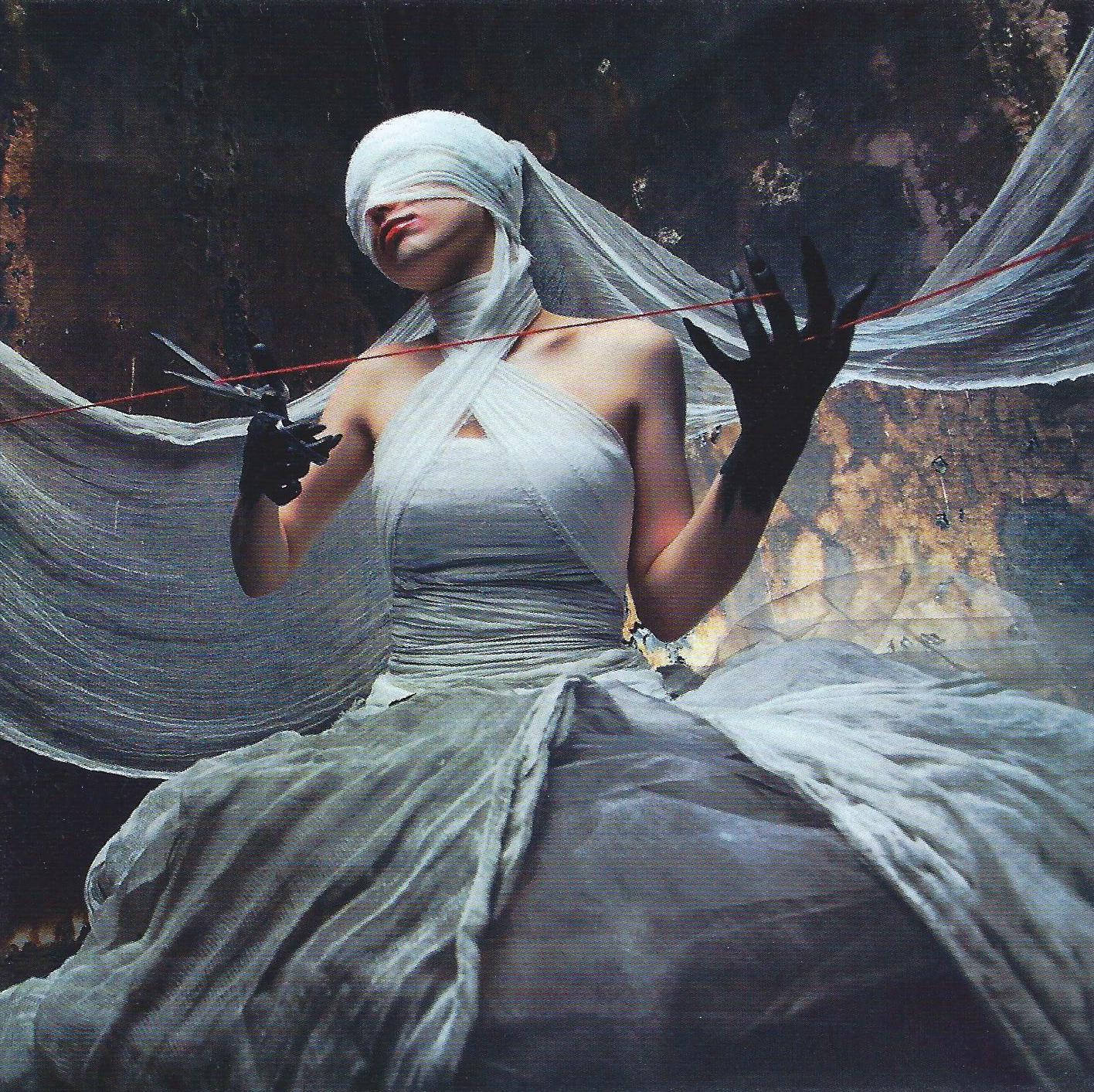 Herd of Instinct’s 2011 debut was a fiery set that covered a range of styles, from complex instrumental progressive rock that recalled both Discipline and Red-era King Crimson, ambience and soundscapes, gothic prog and dark, doomy ragas. On the first album the band were the core trio of Mark Cook on Warr guitar, guitar, and fretless bass, Mike Davison on guitars, and Jason Spradlin on drums, plus a variety of guests on various tracks, including veteran drummers Jerry Marotta, Gavin Harrison, and Pat Mastelotto, and Djam Karet’s Gayle Ellett on guitar and Mellotron (both albums are released on Djam Karet’s Firepool label). The first thing that jumped out at me reading the credits for the band’s sophomore effort – Conjure – is that Gayle Ellett is now listed as a fourth member, playing Moog, Mellotron, Hammond organ, Rhodes and dilruba (which I think is something of a cross between a harp and sitar).

The album opens with Praxis, which kicks off with a Discipline-era King Crimson styled intro, but quickly switches to an ambient-jazz rocking sequence. Porcupine Tree’s Colin Edwin contributes fretless bass to this track. There is a tremendous amount of gymnastic level transitioning throughout this 5 minute piece, and I love the balance and integration of rock and ambience. There’s also a piano segment that brought to mind Goblin’s Suspiria soundtrack as played by King Crimson, if you can imagine that, and there’s a killer flute solo near the end. Other highlights on this 12 track CD include Dead Leaf Echo, which sounds like a combination of Djam Karet at their most rocking and mid-70s King Crimson, but there’s also chunks of heavy metal hurled about, and I like the brief teasing moments of ambience and quiet. Vargtimmen is a similar combination of Djam Karet and King Crimson, though easier paced and more focused on rhythmic variation. We’re treated to killer guitar licks on this track, both efx’d rocking and Frippoid, and in the last minute the intensity level goes sky high. Ditto for Malice, another high powered dual guitar and keyboards workout.

Herd of Instinct explore different territory on Alice Krige Pt. 1, which opens with spaced out soundscapes and blurpy bleepy electronics, soon joined by Pink Floyd-ish ambient guitar licks, ethnic grooving percussion, trumpet and flute. It’s all very understated and meditative, given the potency of the previous tracks, yet there’s still multiple elements interweaving with one another in fascinating ways. Solitude One is quite different, being something of a prog rock and often highly cosmic take on Indian pop-dance music. Near the end the band get back into King Crimson mode, which makes the Indian dance motif all the more fun. I really dig the haunting beauty and doomy power-prog of Mother Night, and the spaced out effects are a nice touch too. Parts of New Lands conjured up images of Herd of Instinct playing a combination of surf rock and old time sci-fi TV show theme, while retaining their own core sound. A Sense Of An Ending starts off as light (for these guys) prog-jazz, with more fretless bass from Colin Edwin, and gets increasingly intense and even a bit doomy as the track develops. Then right around the halfway mark it veers into classic prog territory, with a beautiful combination of ripping guitar solo and heavenly orchestral keys, eventually returning to the opening theme for a peaceful finale. And in similar spirit, The Secret Of Fire closes the album in full blown heavy prog mode, with a variety of stunning guitar sounds, organ, Mellotron, and spacey ambience, all coming together like a symphonic blend of everything that came before for a monster finale.

In summary, analogies are easy with Herd of Instinct but they are ultimately difficult to describe. King Crimson is a strong influence, but Herd Of Instinct are by NO means a clone act. That is, the influence is overt but these guys are making it their own and drawing on a synthesis of all kinds of elements and styles. This is complex instrumental progressive rock, both compositionally and in execution, yet Herd of Instinct manage to make it accessible. Recommended.

For more information visit the Herd of Instinct web site at: http://www.herdofinstinct.com