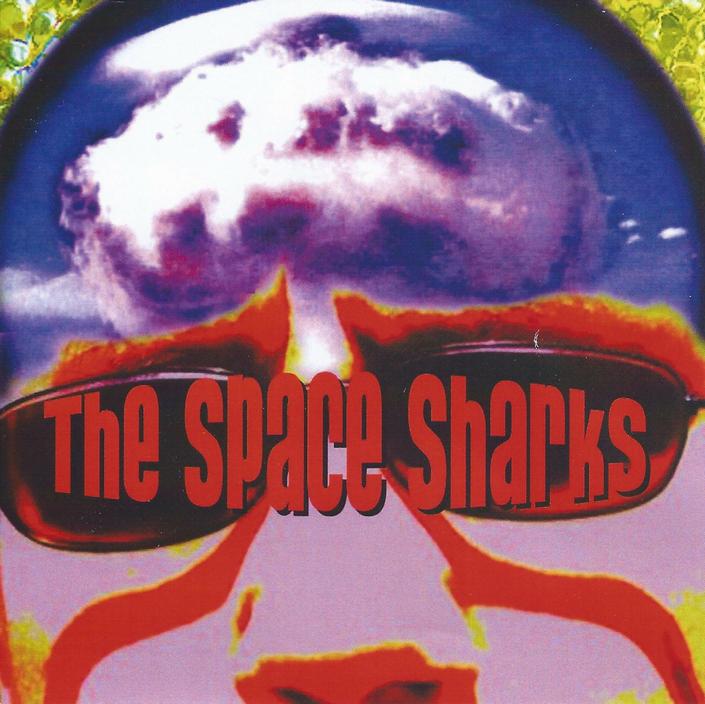 The blistering power-trio rock sounds of The Space Sharks is a surprisingly fresh mix of Classic Rock and 60’s garage psychedelia with just a tad of tripped out guitary Spacerock in the mix. The band was formed in Baltimore, MD, in 2009, by Lonnie Richards on lead vocals and guitar, Mike Martino on drums, percussion and backing vocals, Bob Bergerson on bass as well as Brian Harrigan on additional backing vocals. On the info promo-sheet the band says they recorded all the songs on first or second take, so not to over work or over produce their sound. It works! The sound is fresh, loud, blistering sunshine acid melody with swirling psychedelic guitars and occasional flute. This self titled, self released, debut CD has 9 songs, the short album clocking in at just about 33 minutes. It is very energetic and melodic sounding, bursting with spontaneity, this is some feelgood summer music I really enjoyed on the very first spin. It’s accessible like Classic Rock and 60’s garage sounds, with some Floydian spacey moments, with acid guitars and phased vocals. The highlight tracks for me are the opener, Run For Cover, as well as Satellites, Apocalypse” and Spinning ‘Round. The album was written, produced and recorded on their own home-equipment, and its beefy and well crafted stuff for those with a sense of psychedelic simplicity, good melody and peaced-out optimism. A highly recommended purchase for all 60’s fans out there who want song based spacyness and acid rock that does not sound dated at all, but refreshing like a cold 7Up on a hot and humid day in July, maybe, after spending hours of a stoned day at the beach gazing at the ocean, just taking in the free time. It was released in 2011. I for one enjoyed the magic feelgood sunshine acid sounds of The Space Sharks, and their far out galactic spacerocking scene of mystical seekers, and we here at AI welcome them aboard our… ‘zine!